An overwhelming 82 percent (30,338) of readers said Prime Minister Boris Johnson was right to snub the former House of Commons Speaker from his proposed list of new peers in the House of Lords. This is compared to just 18 percent of people (6,788) who said Remainer Mr Bercow should be honoured when Express.co.uk asked them ‘Should former Speaker John Bercow be handed a seat in the House of Lords?’

Express.co.uk commenters reflected the results of the poll, branding the anti-Brexit speaker a”disgrace” and said he should never be honoured because the “British people have been insulted enough”.

They argued he brought the House into “disrepute”.

One commented: “He must absolutely not be rewarded for his reinterpretation of the rules of the House of Commons.

“I suggest a nice cell overlooking traitors gate at the tower is a good position for him.”

Another said: “All through the Brexit debates he has proven that he is anti-British, so why should he be allowed to become a British Lord.”

One posted: “He did make a difference he must be the first speaker to defy the will of the people for his own selfish ends. 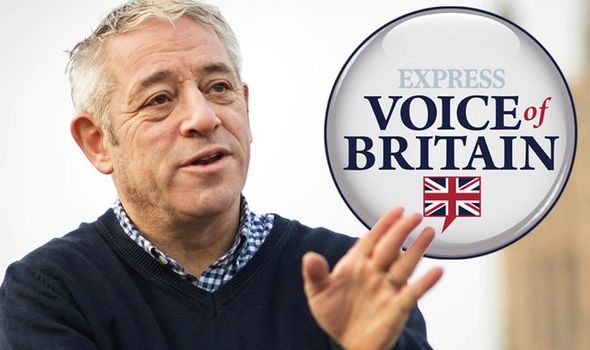 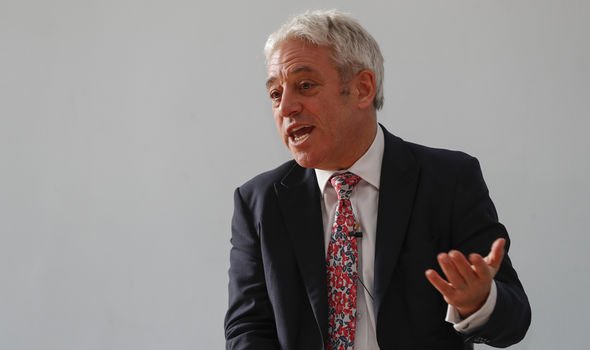 A reader added: “You brought the office of Speaker into DIS-REPUTE. You were a disgrace.”

Others questioned how “you honour the dishonourable” after Jeremy Corbyn’s reported nomination was snubbed despite previous speakers going on to gain a seat in the House of Lords after leaving their role in office.

The Speaker was a constant thorn in the side of Brexiteers and his behaviour in his final months prompted criticism from Brexit supporters who claimed he was trying to thwart the process of taking the UK out of the EU with many of his rulings.

One said: “The little squirt is his own worst enemy and deserves never to receive a title. They all need to be abolished anyway and have an elected upper chamber.”

A reader asked: “How can you honour the dishonourable?”

While one posted: “The speaker is intended to be impartial and NOT take sides.

“Bercow did in favour of Labour Remainers.”

Another added: “The British people have been insulted enough with the likes of Hammond, Clarke, May being honoured.

“To promote this despicable man to the House of Lords would be an even bigger insult, which the Government, in turn, will end up paying for come the next General Election.”

Mr Johnson last week elevated his younger brother, a cricket hero and some of his allies in the campaign to take Britain out of the EU to the House of Lords

Under the arcane system, British political leaders are entitled on certain occasions to nominate people to the upper chamber of parliament, where they can sit for life.

Among 36 nominations announced on Friday was Jo Johnson, the prime minister’s younger brother, who quit as a junior minister last year because he disagreed with his boss and older sibling’s Brexit strategy.

Jo Johnson supported remaining in the EU in a 2016 referendum, in sharp contrast to Boris Johnson, who led the successful campaign for Britain to quit the bloc.

In another apparent olive branch to heal Brexit divisions within his Conservative Party, the prime minister nominated former finance ministerPhilip Hammond, a prominent Remainer who was long the target of vitriolic attacks by Brexit supporters.

Other political nominations tilted more towards the Brexit camp, withpeerages bestowed on former opposition Labour lawmakers Kate Hoey and Gisela Stuart, who as ardent Brexiteers became unlikely allies of MrJohnson during the referendum.

He also nominated former England cricket captain Ian Botham, who not recognised for his achievements on the field, however, but for his enthusiastic Brexit campaigning.

Among other eye-catching nominations was that of Evgeny Lebedev, the British-Russian owner of the Evening Standard and Independent newspapers.