Angela Rayner speaks at the Labour conference in Liverpool

Britons have not been convinced by deputy Labour leader Angela Rayner’s opening speech in Liverpool as she slammed the Conservative Party for “not being on the side of working people”. Users took to social media to brand the speaker’s comments as “nonsense” as others suggested the Labour Party “backed strikers, not workers”. As Sir Keir Starmer appeared to u-turn on his support for strikes, saying this morning that he “quite understand” the plight of strikers, the Labour Party has come under renewed criticism for appeasing a group that has been accused of holding the public to ransom over pay disputes.

Addressing the conference in Liverpool, Ms Rayner said: “The Tories are not on the side of working people in Britain today.

“Liz Truss has already made that clearer than it has ever been. She has chosen to stand for the vested interest, for the oil companies and for the bankers, for those profiting and not suffering from this crisis.
“And it is working families who have been bearing the brunt. When I was a young mum, I remember that feeling in my sick stomach.

“All it takes is one break, one accident, one mishap and you cannot get by. This is not a vision for modern Britain, it is the result of years of Tory decision. 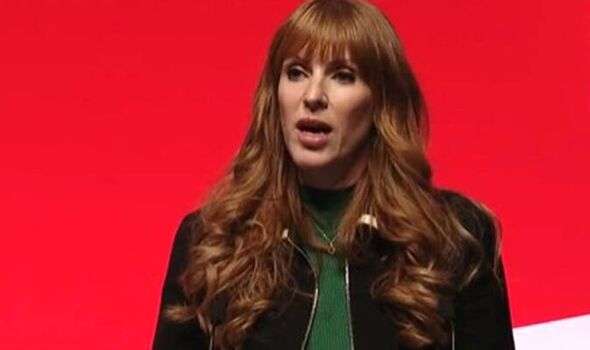 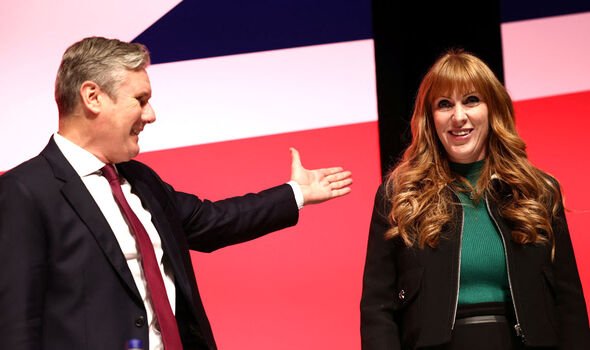 Following her comments, Britons were less than favourable in assessing her speech, criticising the implication that while the Conservatives are favouring the rich, the Labour Party stands for the working people.

One person wrote simply: “Labour are not on the side of British people”, while another branded the comments “nonsense”.

One person wrote: “Nothing tangible to offer. I need to copy and paste that for this thread. Could’ve used it 12 years ago.” 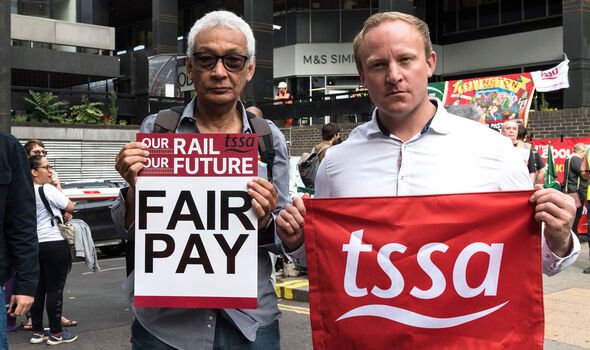 Under Sir Keir Starmer, the Labour Party has suffered a slew of setbacks regarding the rail strikes as they fail to establish a firm position on the issue.

Sir Keir banned his MPs from joining the picket line, with senior MPs criticising the decision as a move away from the fundamental leftwing belief of supporting workers.

In July, shadow transport minister Sam Tarry was sacked from the Labour frontbench for attending the picket line at Euston station, sparking controversy.

The Labour Party spokesperson said Mr Tarry had been sacked for a “breach of collective responsibility” and that such a transgression was “taken extremely seriously”.

But as Sir Keir and his Party look for a way to stand out against the governing Tory Party and appeal to voters, the Labour leader appears to have u-turned on his stance on strikers.

DON’T MISS: Labour takes on Liz Truss with major policy blitz [REPORT]
‘It’s what the Tories said they would do?’ Miliband stumped on pledge  [REVEAL]
Burnham launches attack on Starmer as he admits leadership hopes [REPORT] 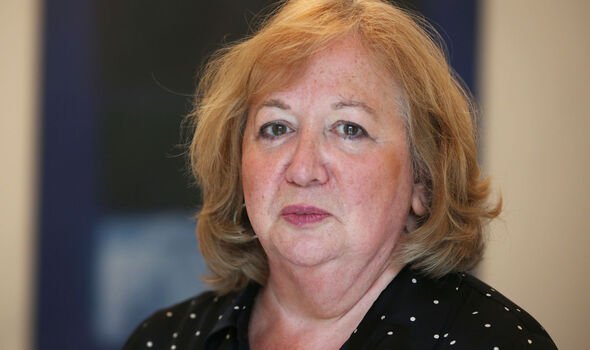 On Sunday morning, he said he can “quite understand” how people are driven to take industrial action as they struggle to pay their bills.

Taking his support one step further, he said the “single most important thing” he can do for those striking is to “usher in a Labour government”.

Asked if he would support people going on strike if they do not get wage rises in line with inflation, he said: “When people go on strike, it is a last resort at the end of negotiations. I can quite understand how people are driven to that, they’re really struggling to pay their bills, the negotiations have not succeeded, and they’ve taken as a last resort the decision to go on strike.

“And I support the right of individuals to go on strike, I support the trade unions doing the job that they are doing in representing their members. I want to see the strikes resolved, as do everybody who is on strike.”

Christina McAnea, general secretary of the Unison union, the largest trade union in the UK said after Sir Keir’s comments that it proved Labour is there “to work with us”.