WASHINGTON (Reuters) – The two top Republicans in the U.S. Congress vowed on Saturday to oppose Democrats’ demands to boost a proposed $250 billion bill to aid small businesses during the coronavirus pandemic by adding money for hospitals and state and local governments. 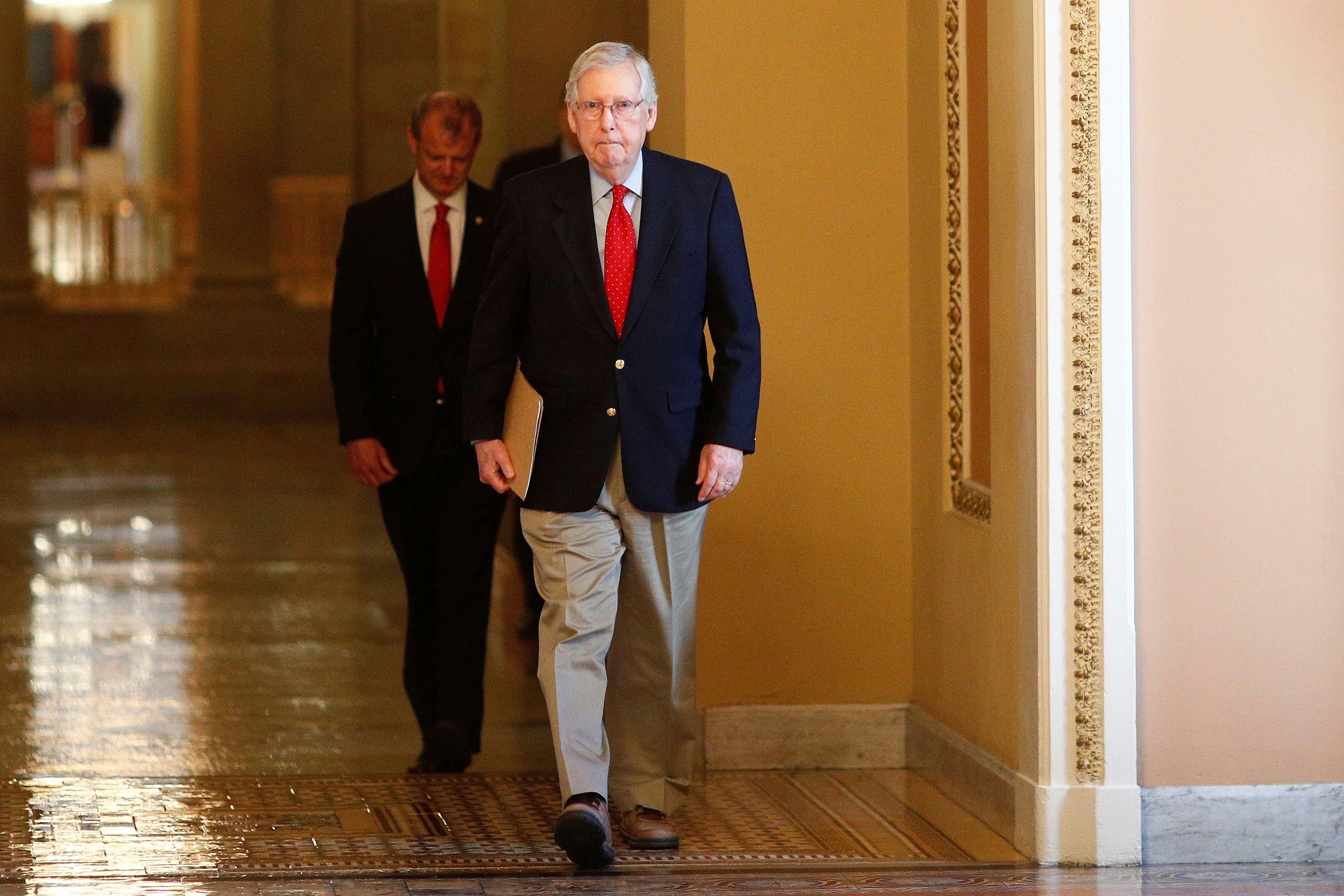 “American workers are in crisis,” McConnell and McCarthy said. “This will not be Congress’s last word on COVID-19, but this crucial program needs funding now. American workers cannot be used as political hostages.”

A bipartisan group representing the nation’s governors and House Speaker Nancy Pelosi, meanwhile, said Congress must address the fiscal toll the pandemic is taking on states, which are often on the front lines of the virus response.

The new coronavirus, which causes the COVID-19 respiratory disease, has killed more than 19,600 Americans, closed schools, businesses and most public activities and thrown more than 15 million people out of work.

Senate Republicans on Thursday failed to ram through a $250 billion increase in loans for small businesses suffering due to the outbreak. Democrats support the $250 billion in new funding but want to set aside some of the lending for community and minority-owned banks.

The $250 billion in small-business loans would be in addition to $349 billion already allocated by Congress in a $2.3 trillion relief measure passed last month following another partisan standoff.

In addition to the small business funding, Schumer and Pelosi are pressing for another funding stream of more than $250 billion that would aid hospitals, state and local governments, along with expanded food aid for the poor.

Some Congressional Republicans are against the second batch of funding, calling it premature.

“The federal stimulus bill is going to be key,” Cuomo told a news conference. “That legislation, in my opinion, has to be better than the past legislation — has to be less political, less pork barrel and more targeted to the actual purpose” of helping places most directly affected by the coronavirus.

Cuomo and Hogan called on Congress to provide $500 billion to meet the states’ budgetary shortfalls.

“Governors are crying out for help and Congress must act,” Pelosi wrote on Twitter. “Our state and local governments are in crisis, and between emergency expenses and rising unemployment sapping revenue, they need an immediate infusion of funds to prevent the collapse of essential services.”