Home » Politics » Conservative conference 2021: Boris Johnsons government set targets for rape prosecutions – the PM knows he will be held to them

Sarah Everard’s brutal murder at the hands of a serving police officer is abhorrent and anguishing.

This tragic case has prompted an outpouring of grief, frustration and rage from women and girls and brought the scourge of violence against women and girls fed up with being harassed and feeling unsafe into the heart of our national discourse.

The prime minister told me in our interview in Manchester that “appalling murders” such as that of Sarah Everard are “very rare”. That may be true, but rapes are not. 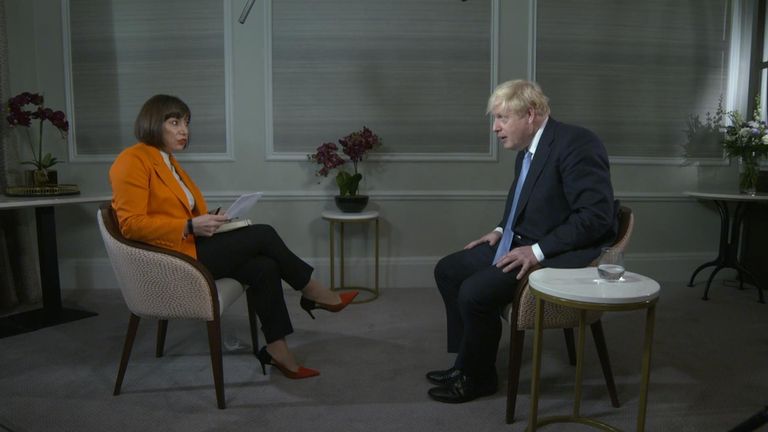 In the year to March 2021, there were 55,969 rapes reported in England but just 1,109 rapists were convicted. Just 1.5% of recorded rape cases ended in a suspect being charged. It is the lowest figure on record. You can see why the victims’ commissioner Vera Baird said in 2020 that rape had been “effectively decriminalised”.

And on Tuesday Boris Johnson made a significant admission that rape victims cannot have the confidence that they will see the perpetrator brought to justice. It all adds to the growing criticism that women and girls are being failed, by the police, by the courts system and by ministers.

And the question is, will this prime minister and his government really grasp the nettle and tackle the woeful record on bringing rapists to justice?

Live updates from the Conservative Party conference in Manchester

In the wake of the Sarah Everard case, the government published a rape review in June, which acknowledged that victims had been failed. The then Justice Secretary Robert Buckland said he was “deeply ashamed” of the record as he apologised to those let down by the criminal justice system and acknowledged that spending cuts had played their part in falling prosecution rates.

The prime minister refused to go as far in our interview in Manchester. He said he was “totally fed up” with the low levels. But when I pressed him, he denied that cuts to policing and the courts had played a role in falling levels of prosecutions and convictions in the decade to 2020. 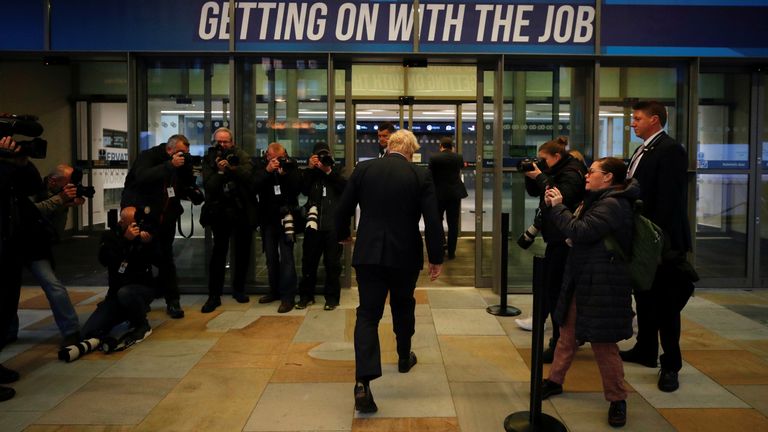 “I think the issue is, there are many sides to it. And what I think is driving people wild with frustration is the length of time it takes,” he told me. It was not “just a question of money”.

He said that despite funding to the Crown Prosecution Service falling 28 per cent in real terms in 2010/11 and 2018/19, and the justice department’s budget being cut by a quarter in the decade to 2020.

Beyond who is to blame for the failings – the police, the courts, the government, cultural inertia – what victims perhaps want more is confidence that this government is making tackling violence against women and girls as high a priority as funding the NHS and levelling up.

There is a new government strategy to tackle Violence Against Women and Girls, that includes appointing a top police officer to leader efforts to tackle violence against women, a £27m fund to recruit more advisors to support victims and a £5m fund to improve street lighting and CCTV.

Pressed over whether he’d take personal responsibility to deliver for women, the prime minister demurred, saying it will be “incredibly tough” to meet the government’s own targets of taking prosecutions and convictions back to levels last seen five years ago. At the current pace at which the CPS is charging people with rape, it will take 22 years to meet the target.

Victims required a gear change, and the government is under pressure to accelerate reform. Boris Johnson’s government set the targets and it will be held to them.

What planet are you?! Sunak shouts down audience member in Manchester hustings