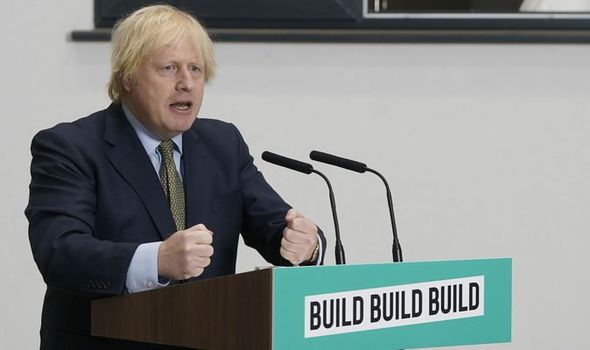 In a rallying cry for national recovery, the Prime Minister said the Government will turn on the spending taps and slash red tape to trigger a construction boom. He also took the controls of a digger on a visit to Dudley, West Midlands, to demonstrate his desire for the UK to “build, build, build” its way out of the slump caused by weeks of lockdown. “We must work fast,” he said in a keynote speech announcing the acceleration of projects worth more than £5billion including new hospitals and roads and upgrades to schools, prisons and courts.

Mr Johnson hailed Britons for “a display of solidarity not seen since World War Two” in pulling together to observe the lockdown that has driven down virus infections.

And he pledged to channel the same spirit in the effort to kickstart the economic recovery.

He said: “We must combine that energy and drive with that concentrated burst of collective willpower that protected the NHS, controlled the virus and saved literally hundreds of thousands of lives and we must work fast.

“Let’s take the zap and elan of the Armed Services who helped to build the Nightingales. Let’s take the selflessness and the love of the health and the care workers and the charities.

“The public spirit and the good humour of the entire population.

“And let’s brew them together with the superhuman energy of Captain Tom, bounding around his garden at the age of 100 and raising millions for charity.

“Let’s take that combination, that spirit: Bottle it, swig it. And I believe we will have found if not quite a magic potion, at least the right formula to get us through these dark times.” 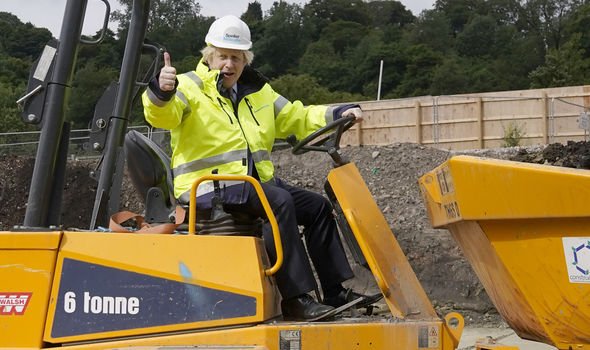 He said the Government will battle to raise productivity and sweep away bureaucratic delays by overhauling the planning system to allow firms to grow rapidly, adding: “Covid has taught us the cost of delay.”

Our sluggish planning system saw the UK build 2.25 homes per 1,000 people in 2018 as Germany built 3.6, the Netherlands 3.8 and France 6.8. Signalling his frustration that environmental concerns often held up development, Mr Johnson said: “Time is money, and the newt-counting delays in our system are a massive drag on productivity and prosperity. So we will build better and build greener but we will also build faster.”

New regulations will seek to give greater freedom for land and property owners to change the use of assets without planning permission and create new homes from the regeneration of vacant and redundant buildings.

The rules will make it easier for existing commercial properties, including newly vacant shops, to be converted into housing.

Working with the Chancellor, the PM will set up a “Project Speed” Infrastructure Delivery Taskforce to “scythe through red tape and get things done”. 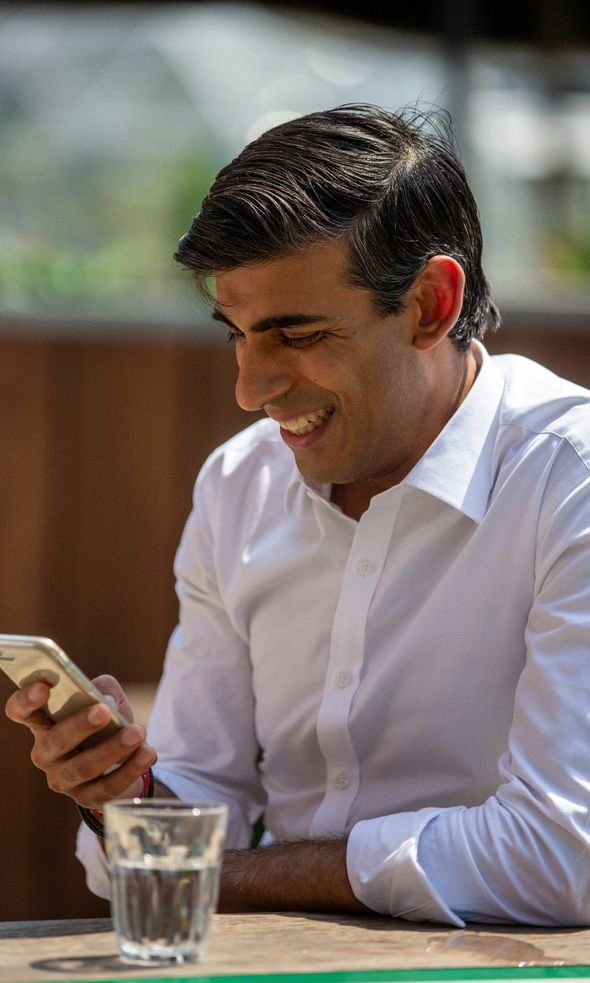 Mr Johnson, who visited Dudley College of Technology, insisted the Government will not slash spending to reduce the soaring Treasury debt left by bailing out firms during the lockdown.

He said: “I just serve notice that we will not be responding to this crisis with what people called austerity. We are not going to try to cheese-pare our way out of trouble – the world has moved on since 2008 and we face a new and in some ways far bigger challenge.”

Chancellor Rishi Sunak will set out plans to “support the economy through the first phase of our recovery” next week, he added.

His surge in investment in major infrastructure will be targeted at previously neglected communities as part of his general election promise to “level up” the country.

He went on: “We will be doubling down on our strategy, we will double down on levelling up.

“And when I say level up, I don’t mean attacking our great companies. I don’t mean impeding the success of London or launching a punitive raid on wealth creators.”

Mr Johnson also sought to ease concerns of some Tory MPs that his big-spending plans signalled a surprising shift to the Left for his Government. He said: “My friends, I am not a Communist. I believe it is also the job of government to create the conditions for free market enterprise.

“And yes of course we clap for our NHS but we also applaud those who make our NHS possible – our innovators, our wealth creators, our capitalists and financiers. “Because in the end it is their willingness to take risks with their own money that will be crucial.”

He also dropped a reference to US President Franklin D Roosevelt, the architect of the big-spending “New Deal” policies during the Great Depression, in what appeared to be another bid to avoid irritating the Tory Right.

Stephen Phipson, chief executive of the Make UK manufacturers’ organisation, said: “This is a welcome announcement which will start the process of building business confidence and healing the economy. The key now is to ensure that these projects get off the ground as a matter of urgency.”