A minister has defended the prime minister’s father, who travelled to Greece during the coronavirus quarantine.

Asked if Stanley Johnson was within his rights to fly into Athens on Wednesday, Transport Secretary Grant Shapps said: “Yes. What isn’t advice and is legally-restrictive, is the quarantine. That would apply to him as much as it would apply to anyone else.”

But Boris Johnson’s 79-year-old father arrived in Athens on Wednesday to visit his mountain villa.

He shared a video on Instagram of his plane landing.

Mr Johnson also posted a picture of himself wearing a face mask, which appeared to have been taken in an airport.

The posts have since been removed from the social media platform.

Mr Johnson told the Daily Mail he was visiting the country on “essential business trying to COVID-proof my property in view of the upcoming letting season”.

Asked about the trip, Mr Shapps told Sky News: “The advice says you have to make your own decision about whether you want to travel.

“What he won’t be able to ignore, and this applies to everybody, anyone returning to this country from a country not on the list has to quarantine for 14 days.

“That would apply to him the same as anybody else who has left the country and is returning.

“It’s advice, so everyone can decide what to do with the advice. The important thing is that the quarantine is in place.” 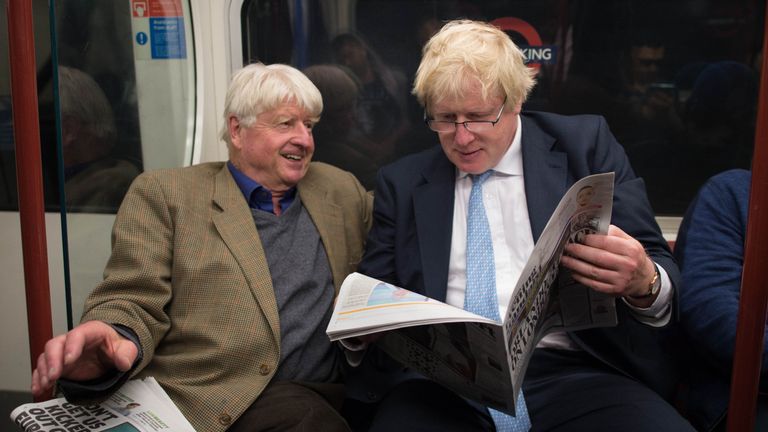 Asked about his father’s trip during an appearance on LBC Radio, the PM said: “I think you really ought to raise that with him. I am not going to get into details of family conversations.

“I think the overwhelming majority of the British people have understood what needs to be done and have been very prudent, and that is the right thing to do.”

Mr Johnson’s trip caused anger among MPs, amid claims it showed there is “one rule for the Conservatives and one rule for everyone else”.

The PM’s spokesman said on Wednesday the Foreign Office advice on international travel remains in place, but said: “It is for individuals to make the judgements themselves.”