A new tax on goods sold online is being considered by the chancellor in a bid to save the high street post-coronavirus, Downing Street has revealed.

It could be a 2% levy on online sales, which would raise £2bn a year, or a charge on deliveries, as part of a campaign to cut congestion and emissions. 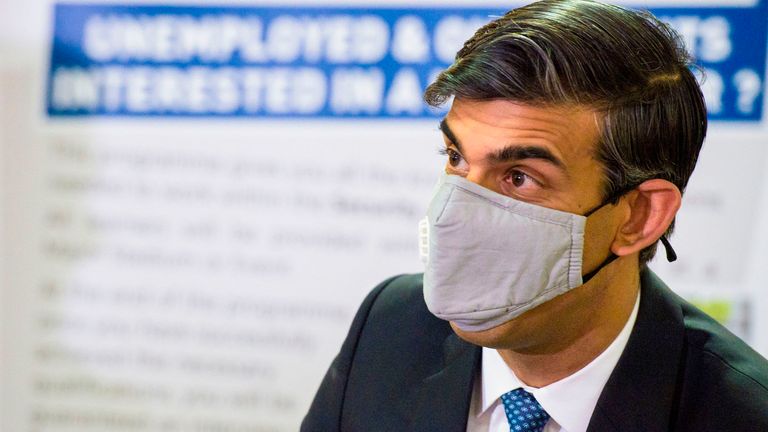 “Last week, as we set out in the budget and manifesto, we published a call for evidence to look into all aspects of the business rates system,” the prime minister’s spokesman said.

“And as part of this we will consider the case for introducing alternative taxes as part of the review, including an online sales tax.

“The pandemic has had a significant impact on how business is done and the effect of this will become clearer over time.

“We’ll continue to support businesses as far as possible, but we must also ensure that the tax system raises sufficient revenue to fund our vital public services.”

In its consultation document, the Treasury said: “Some commentators argue that the business rates system creates a distortion within the retail sector, favouring online retailers that can operate without the high-value properties that are a feature of more traditional retail.

“This has led to proposals that the government should levy a tax on companies based on their online sales, and that this could be used to fund business rates reductions for retail properties.”

The online sales tax idea coincides with recommendations for restarting the economy after COVID-19 from a group of Tory backbenchers, mostly Remainers, calling themselves “moderate Conservative MPs”.

In a report from the “One Nation Caucus”, the MPs call for “a relentless focus on the government’s levelling-up agenda, in order to get the economy moving across the whole country”.

The report also suggests a number of policies to protect people on low incomes, including a new consumer right to prevent loyalty penalties, and proposals for managing repayments of COVID business loans, recommending an approach similar to the Student Loan scheme.

“The chancellor is doing a tremendous job of steering our economy through these difficult times,” said the author, ex-minister Stephen Hammond, who was one of 21 pro-Remain MPs who lost the Tory whip last year.