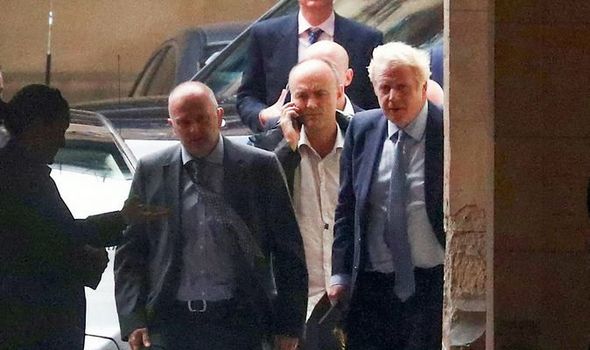 Former Conservative leader Sir Iain Duncan Smith said the public does not want politicians to waste time dealing with the “personal vendettas” of ousted former advisers. Writing in the Daily Express, he said the Government should “rise above” the “settling of scores” of ex-aides. Sir Iain wrote: “This self-indulgent tit for tat risks calling into question the very effectiveness of government at a critical time. And those in government should rise above it and do the job they were elected to do.”

Ministers are poised to sign a new deal with Pfizer for more vaccines this autumn to “protect people over the winter and let us enjoy Christmas”.

As the country moves through the next phase of the roadmap out of lockdown, the Government wants to focus on its plan to create new jobs, level-up the country, strike global trade deals, invest in infrastructure and rebuild the economy.

A No 10 spokesman said: “The Government is totally focused on delivering the people’s priorities as we continue our vaccination programme and recover from coronavirus – creating new jobs and building back better.” 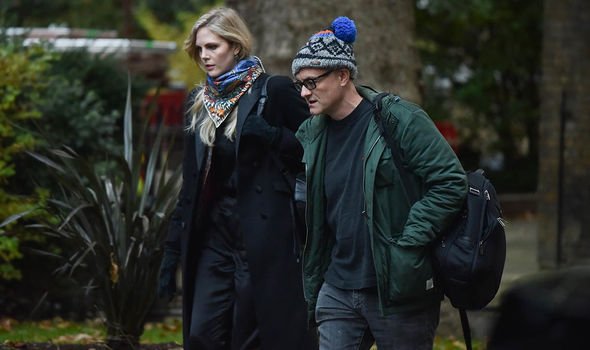 The Prime Minister’s row with Mr Cummings after days of claims about the access of businessmen to top ministers has caused frustration among Conservative backbenchers.

They believe the attacks are a distraction at a time when the Government is trying to keep the country on track to end Covid restrictions in June.

But a senior Tory MP said the public has such a low opinion of Mr Cummings after he flouted lockdown rules that he has a “credibility problem” and is viewed as “close to the bottom of the pile”.

The MP said: “Nobody is going to say Dominic Cummings is a really good bloke and wants the best for Britain.

“They are going to say Dominic Cummings got sacked and now he is trying to pay back the people who sacked him.” 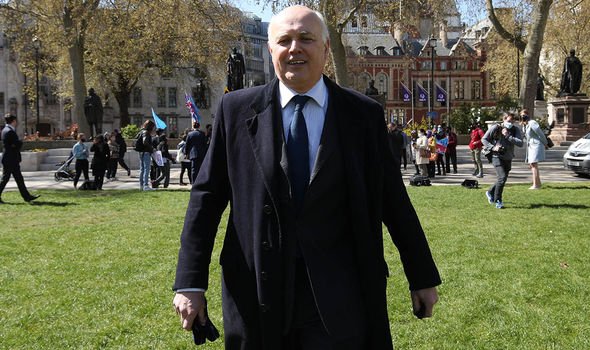 A briefing war erupted after it was alleged Mr Cummings was the mole leaking private messages between the Prime Minister and businessman Sir James Dyson over tax rules.

The tycoon had been asked to help provide ventilators at the height of the Covid crisis.

Mr Cummings then made a series of allegations about his former boss, including claims that Mr Johnson wanted Tory donors to secretly fund a revamp of his Downing Street flat.

Tory MP Sir John Redwood said: “These opposition MPs who are trying to make something of it have got to put up or shut up.

“They have got no strong allegation. The Prime Minister said he paid for his own refurbishment, well that’s fine then. What’s the story?”

International Trade Secretary Liz Truss dismissed Mr Cummings’s allegations as “tittle tattle” and said she had been assured the rules for ministers had been followed.

She said: “I have been assured that the rules have been fully complied with and I know that he has met the costs of the flat refurbishment. I absolutely believe and trust that the Prime Minister has done that.

“What people want to know is that in line with the rules the Prime Minister has met the cost of this refurbishment. That has happened.

“All the costs will be declared in line with the rules. That, as far as I am concerned, completely answers that question.”

Ministers are braced for a fresh onslaught from Mr Cummings when he gives evidence to MPs investigating the Government’s response to the pandemic next month.

He is widely known to have been critical of Mr Johnson’s delay in launching a second lockdown in England when cases began rising last autumn. Ms Truss added: “The Prime Minister, who I work very closely with, has consistently through this crisis acted in the best interests of the country.

“These noises off are simply not helpful, they are not contributing to a positive future and they don’t reflect what is actually going on in Downing Street.”

Labour has seized on the claims made by Mr Cummings to continue its attack on the Tories about the way the Government is being run.

The party is demanding ministers answer questions about the row in the House of Commons today.

But, despite continued attacks on the PM, the Tories are currently on 45 points to Labour’s 36, according to the latest Opinium poll.

Bookmaker Coral said its odds on the Tories winning the next general election remain unchanged at 4/7.
Source: Read Full Article