WASHINGTON (Reuters) – The mayor of Washington, D.C., had the slogan “Black Lives Matter” painted in massive yellow letters on a street leading to the White House on Friday in tribute to victims of police brutality as she sparred with U.S. President Donald Trump.

Mayor Muriel Bowser’s defiant message came as tensions remained high across the nation over the death of a black man, George Floyd, in Minneapolis police custody nearly two weeks ago, prompting political leaders in that city and elsewhere to announce new restrictions on law enforcement.

“Breonna Taylor, on your birthday, let us stand with determination,” Bowser, a Democrat, wrote on Twitter in reference to a 26-year-old black woman who was shot dead by Louisville, Kentucky police in March. “Determination to make America the land it ought to be.”

Bowser and Trump, a Republican, are at odds over the president’s use of federal law enforcement agencies and military police to put down demonstrations. U.S. Park Police fired smoke grenades and chemical irritant “pepper balls” to break up a protest on Monday night so Trump could walk from the White House to a nearby church for a photo opportunity.

“We want troops from out-of-state, out of Washington, D.C.,” Bowser, who has called for the District of Columbia to be granted U.S. statehood, told reporters on Thursday.

The city also installed a street sign for “Black Lives Matter Plaza” at the intersection of H and 16th Streets.

“The incompetent Mayor of Washington, D.C., @MayorBowser, who’s budget is totally out of control and is constantly coming back to us for ‘handouts’, is now fighting with the National Guard, who saved her from great embarrassment,” Trump responded on Twitter. “If she doesn’t treat these men and women well, then we’ll bring in a different group of men and women!”

On Friday, a U.S. official said the Pentagon would be sending back the remaining 900 active-duty troops who had been deployed to the Washington, D.C., area.

Streets around the White House have been a focus of demonstrations that have swept the nation to protest the May 25 death of Floyd, 46, after a white police officer pinned him to the ground with a knee to the neck for nearly nine minutes.

Protests have also rocked cities including Atlanta, Denver, Detroit and Los Angeles, as well as many smaller communities.

After video footage from upstate New York raised further questions about the handling of demonstrators by law enforcement, two Buffalo police officers seen on Thursday shoving a 75-year-old protester to the ground were suspended and placed under investigation.

All 57 members of their police tactical unit quit the unit to protest their treatment, local media said Friday.

Responding to the still-resonating outcry over Floyd’s death, Minneapolis officials on Friday voted to end the use of knee restraints and choke holds. 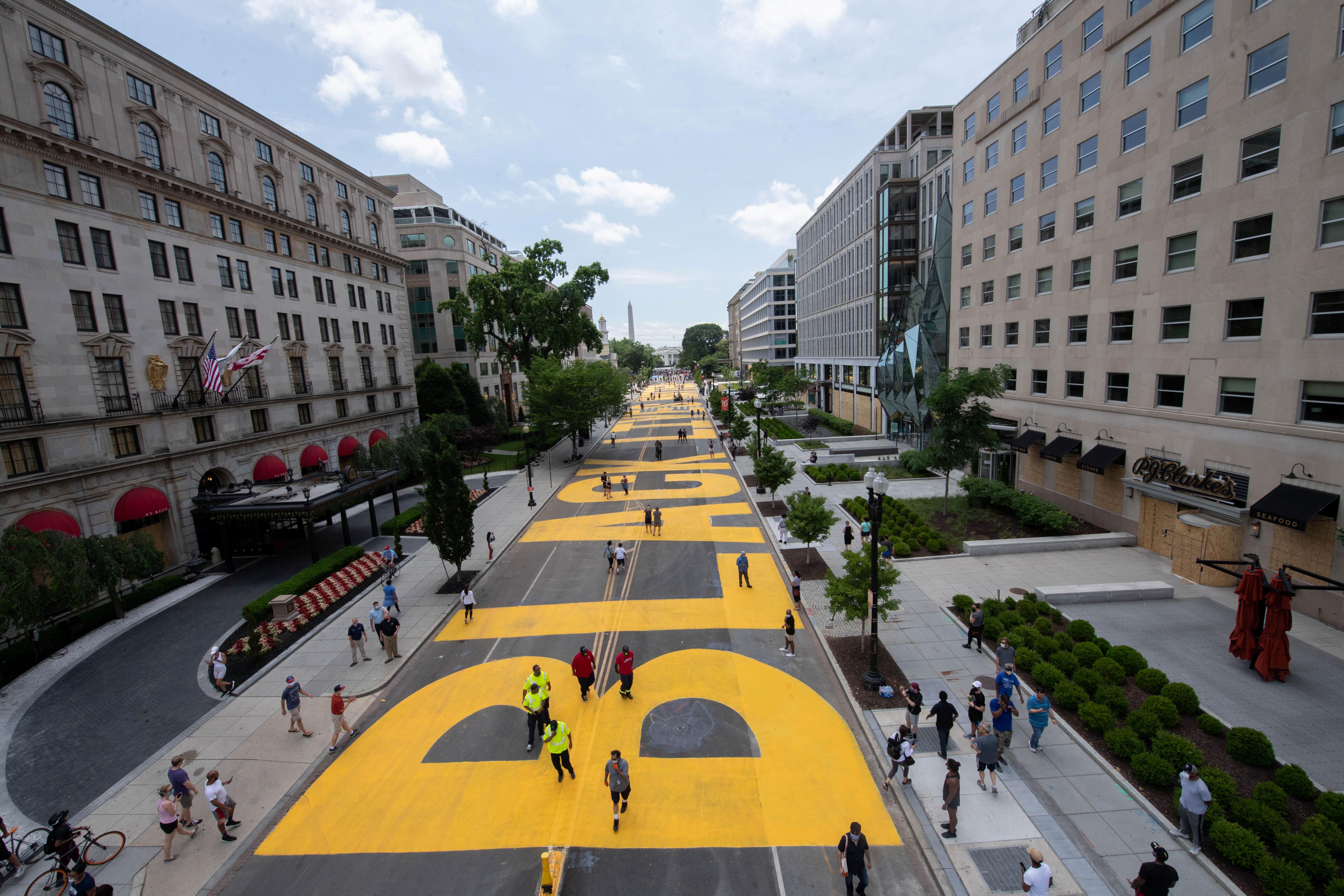 California Governor Gavin Newsom said on Friday that he would end state police training in the use of restraints that restrict the carotid artery in the neck.

The demonstrations have erupted as Americans and businesses struggle to recover from sweeping lockdowns imposed by state and local officials due to the coronavirus.

Trump, who is seeking re-election in November, was cheered on Friday by an unexpected jump in U.S. employment in May, defying predictions of further job losses inflicted by the pandemic.

Bowser, who is black, represents a city that is 47% black, according to Census data.

She has said she is fine with D.C. National Guard helping to keep order in Washington, but is examining all legal options to reverse the deployment of federal forces from elsewhere.

Further demonstrations were planned for Washington, D.C. on Saturday, and memorial services were expected over the next several days. Floyd’s funeral is planned for Tuesday. 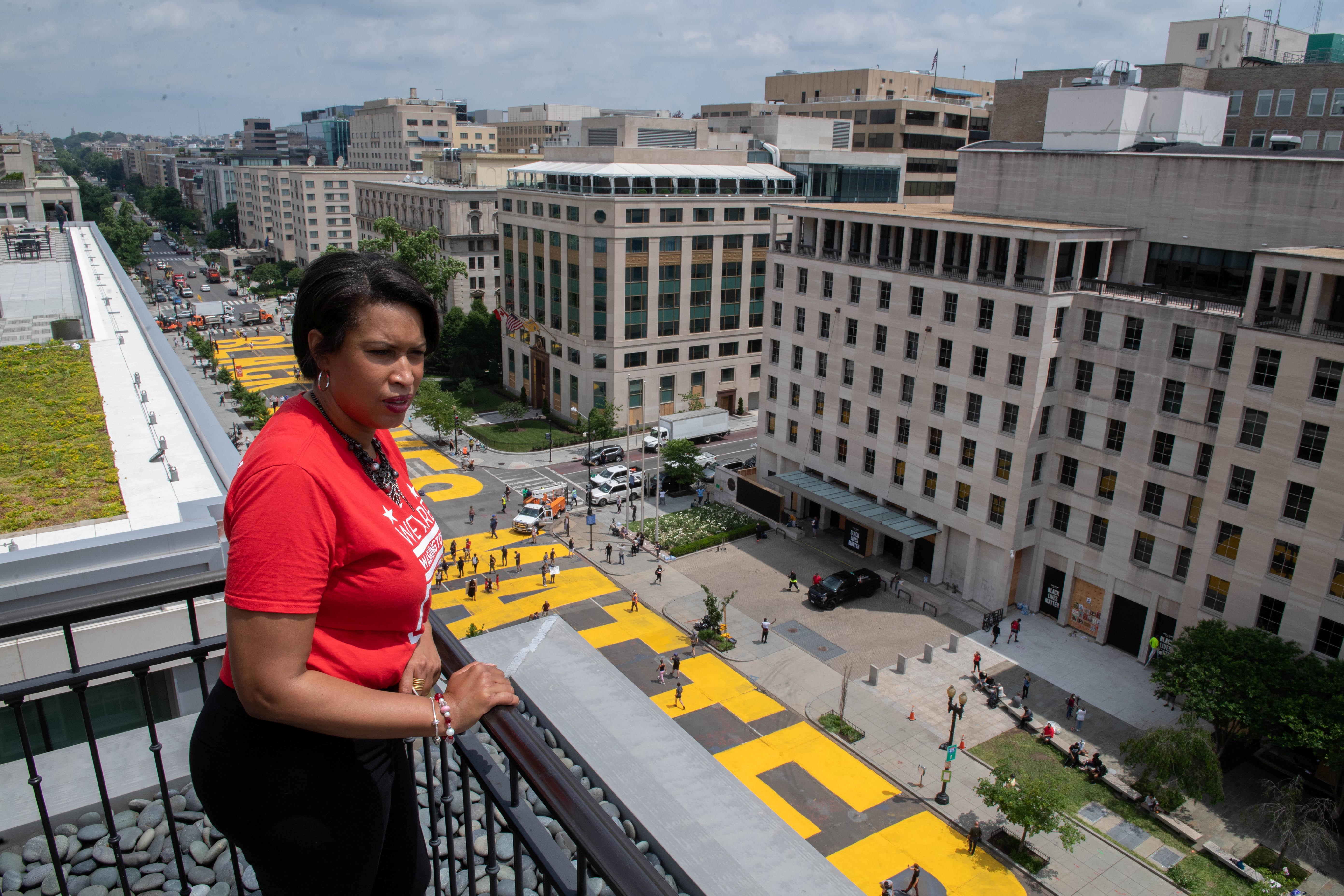 The change in mood reflected a determination by activists and organizers to turn outrage over Floyd’s death into a renewed civil rights movement and reform police departments and the U.S. criminal justice system.

Despite the improvement overall in Friday’s jobs report, unemployment among African Americans was higher in May than in April, a statistic that critics were certain to cite as underscoring racial disparities in American society.

Jacob Rees-Mogg issues stark warning to Tories over next election