NEW YORK (Reuters) – Democratic presidential candidate Joe Biden does not support a movement to defund U.S. police departments as a response to cases of police brutality against unarmed black people, his campaign said on Monday. 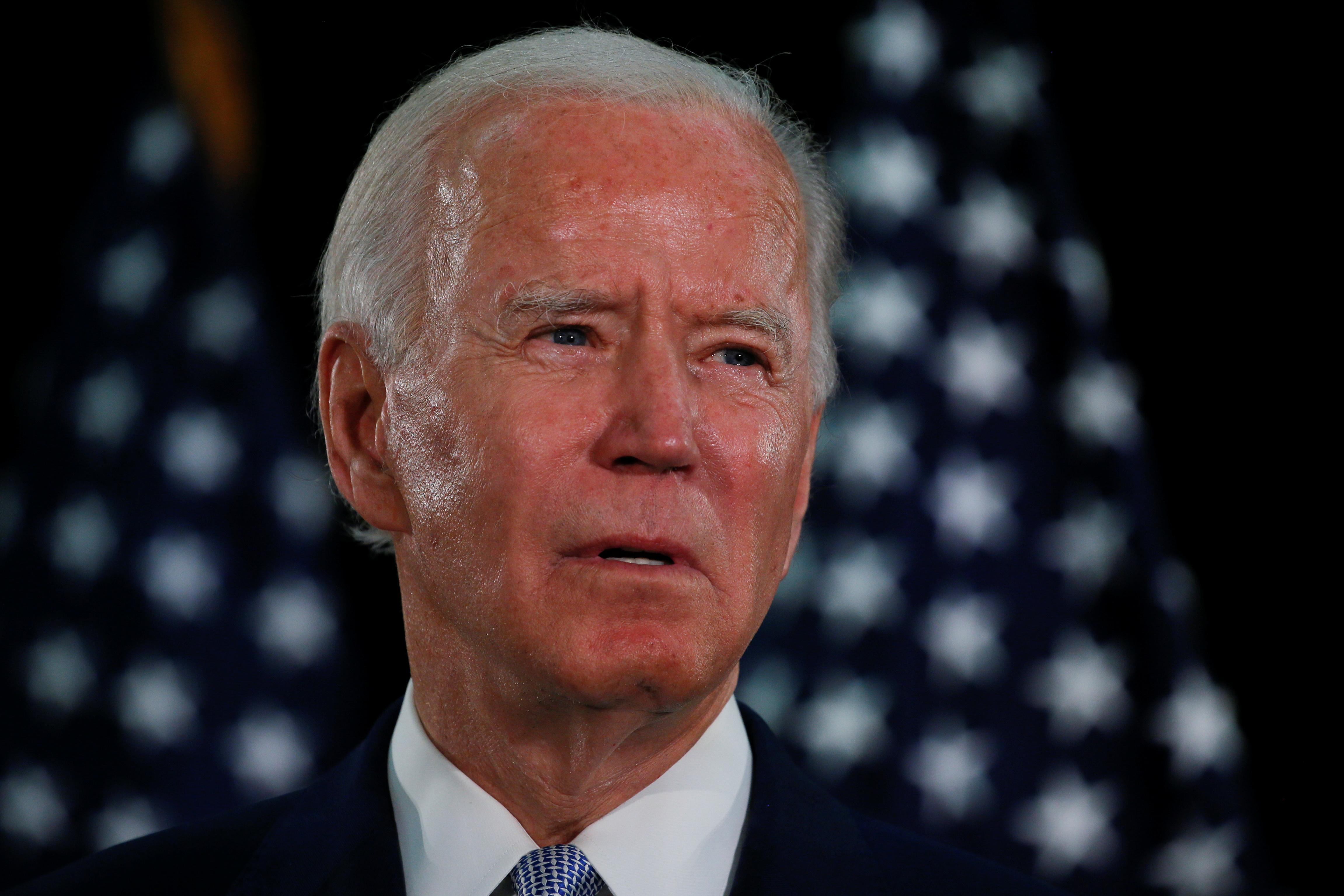 The former vice president’s stance echoed that of Democratic leaders in Congress, who on Monday unveiled sweeping legislation to combat police violence and racial injustice but stopped short of calling for the funding of local law enforcement agencies to be cut or abolished.

“As his criminal justice proposal made clear months ago, Vice President Biden does not believe that police should be defunded,” said Andrew Bates, a spokesman for Biden’s campaign.

“Biden supports the urgent need for reform, including funding for public schools, summer programs, and mental health and substance abuse treatment separate from funding for policing, so that officers can focus on the job of policing.”

President Donald Trump’s campaign has hammered Biden for not denouncing calls by activists nationwide to sharply curtail local and federal spending on police departments and to funnel money to nonviolent community safety programs.

Biden faces the Republican president in the Nov. 3 election. In a call on Monday before the Biden campaign released its statement, Trump campaign spokesman Tim Murtaugh said that “this growing call for defunding or disbanding police will only lead to more chaos” and that “by his silence, Joe Biden is endorsing defunding the police.”

In Minneapolis, city council members have pledged to abolish the police department in favor of a community-led safety model, following the death of African American George Floyd after a white officer there knelt on his neck for nine minutes. Other cities, including Los Angeles and New York, are weighing cuts to police funding.

Biden is expected to offer his sympathies to Floyd’s family in Houston on Monday.

Biden previously called for a $300-million investment in policing, contingent on officers mirroring the diversity of their communities.

In the latest statement, his campaign said it was calling for police departments to receive funding that would allow them to provide better training, equip officers with body cameras and improve relationships with the communities they patrol.