Home » Politics » Detentions at southwest border rose in April to highest in at least 20 years. 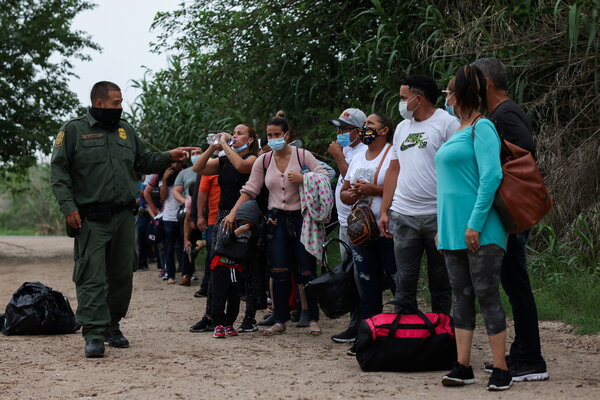 U.S. Customs and Border Protection detained 178,622 people along the border with Mexico in April, the highest number of apprehensions in at least two decades.

About 63 percent of those that were detained trying to enter across through the southwest border were expelled from the United States, the agency said in a news release. The number of minors that were taken into custody dropped 12 percent to 13,962 from March, according to the agency.

The number of immigrants detained at the southwest border has risen for 12 straight months, according to Customs and Border Protection data. President Biden promised a more humane approach to immigration than President Trump, giving some immigrants, many of whom are fleeing dire economic conditions in Mexico and Central America, hope that they might be able to enter the United States more easily.

While Mr. Biden promised to unwind some of Mr. Trump’s policies, he has urged immigrants to stay home and has given Customs and Border Protection agents more authority to send detained immigrants back under protocols in place to combat the coronavirus.

The latest data release comes after a significant rise in migrant children turned up at the U.S. border this year, raising questions about Mr. Biden’s immigration policies.