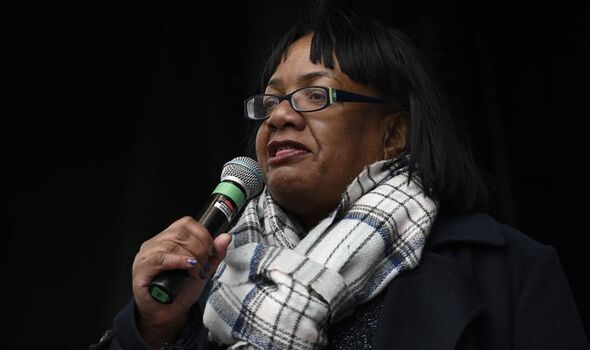 The Labour MP sparked outrage last week when she claimed the West was responsible for creating the conditions for a war.

She claimed troops sent to Eastern Europe had put President Vladimir Putin on edge, forcing him to respond.

There are currently 130,000 Russian troops placed on the border of Ukraine, with Western intelligence suggesting a full invasion to take control of Kiev could be imminent.

Tory MP Aaron Bell said it was “appalling” that a Labour MP and former frontbencher was “taking the side of our enemies and the aggressor against the West”.

In the face of the anger, last night Ms Abbott doubled down on her position.

Writing for a left-wing blog, she said: “The US has decided that it is necessary to send US and other NATO troops to Russia’s borders.

“As I have said elsewhere, this alone should tell us that the claims that Russia is the aggressor here should be treated very sceptically.

“The destabilisation of the entire region comes from the continued eastward expansion of Nato.

“Instead, we need to find peaceful solutions to a complicated conflict of identities and national rights.

“This was done elsewhere in Eastern Europe as countries peacefully separated. The Czech and Slovak Republics managed it rather well.”