The Liberal Democrats Leader boasted of recent by-election success as he suggested many former Conservative voters were turning towards his candidates, giving the Lib Dems a strong chance of success in a future general election.

Mr Davey, who also serves as MP for Kingston and Surbiton, was questioned on his core political aims as the Liberal Democrats have denounced the economic pressures caused by the UK’s Brexit departure from the European Union.

Host of the BBC’s Sunday Morning, Sophie Raworth asked: “Do you think the people of Tiverton and Honiton, who overwhelmingly voted leave in the EU referendum, do you think that they realise that your party wants to take the UK back into the EU single market?”

Mr Davey replied: “Well, we’re actually focusing on the trade deal and the trade deal is really bad for people in Tiverton and Honiton – the farmers were telling us that they feel betrayed by the Government policy.

The Liberal Democrats have been broadly understood to have opposed Brexit, however Mr Davey failed to explain if his party would plan to undermine the European Referendum by launching a bid to rejoin the EU single market.

Ms Raworth persisted as she asked: “And you want to take the UK back into the EU single market?”

Mr Davey said: “At the moment, we want to focus on the issues that are affecting people and the cost of living crisis is partly caused because of the very bad trade deal.” 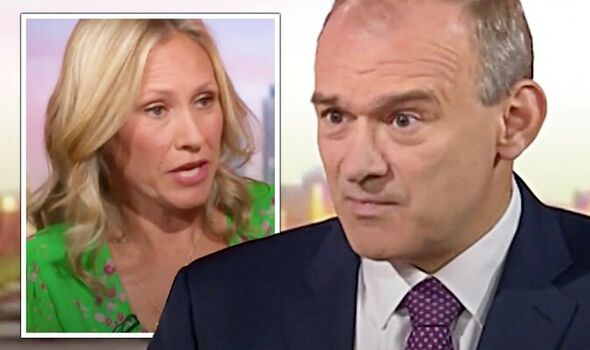