Rep. Joe Kennedy III fell short in his bid to unseat incumbent Massachusetts Sen. Ed Markey on Tuesday, ending a fractious Democratic primary by becoming the first member of the Kennedy family to lose an election in the state.

Kennedy, 39, attempted to portray himself as the change candidate against the 74-year-old Markey, who has only held the Senate seat since 2013 but began representing Massachusetts in the House in 1976. When Kennedy first launched his campaign, polling showed him ahead of Markey, a relative unknown compared to some of the other names to recently represent the Bay State in the Senate (Ed Kennedy, John Kerry and Elizabeth Warren).

But Markey surged with the help of grassroots energy and youthful support, boosted by an endorsement from Rep. Alexandria Ocasio-Cortez, his ally on the Green New Deal. Ocasio-Cortez appeared in a widely seen TV ad for Markey and urged supporters to phone bank for him, tweeting on Election Day: “It’s not your age that counts — it’s the age of your ideas.”

“Ed Markey might not be from our generation, but he is the candidate of our generation because whether it’s racial justice or climate change or COVID, he’s shown he’s ready to stand up to corporations and the fossil fuel industry and fight for our generation and working families,” Stevie O’Hanlon, the Sunrise Movement’s communications director, told Yahoo News.

Warren, Markey’s Senate colleague who mounted an unsuccessful presidential bid this year, endorsed him before Kennedy was even in the race, but had essentially stayed out of the fray until earlier this summer. Markey also received the endorsement of the Boston Globe, which wrote, “Kennedy has not made a persuasive case for removing Markey.” 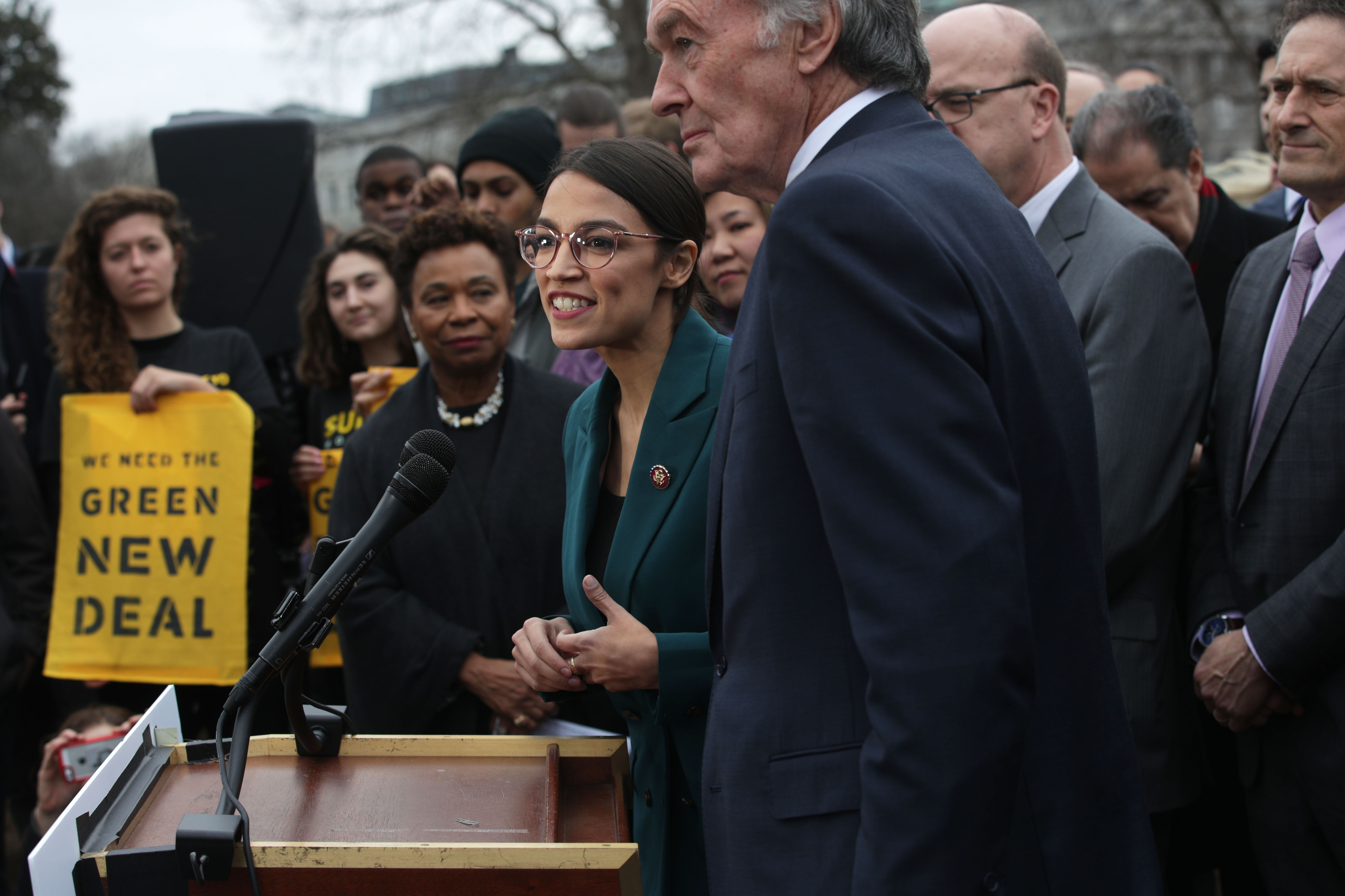 Markey combined appeals to his working-class upbringing (citing his father’s job as a milkman) with a strong digital campaign that capitalized on the enthusiasm generated by the Ocasio-Cortez endorsement and his record on climate change. In mid-August, Markey released a 3-minute biographical video that was viewed more than 3 million times.

Kennedy argued that while he and Markey agreed on many issues, it was he that could be counted on to work for liberal progressive goals for many years — implying that Markey was nearing the end of his career anyway. He won the endorsement of House Speaker Nancy Pelosi. In the race’s closing weeks, Kennedy countered Markey’s attempts to portray him as entitled and overly ambitious with accusations that Markey was out of step on racial issues and was papering over a more conservative past.

Kennedy had tried to hit Markey on a number of his past votes — including his support of the 1994 crime bill and the Iraq War — while claiming that he simply hasn’t done enough to leverage his role as senator. Kennedy has also been critical of Markey on various other issues, including missing congressional votes and for opposing busing desegregation in the 1970s.