Russian conscript in Belgorod region says men are in 'protest'

The leaders, meeting in Prague for informal talks, are unlikely to come up with concrete measures, officials said, but should tell their energy and finance ministers which of the several available solutions to pursue further. Finding a solution is difficult because the 27 EU countries have different energy needs, suppliers and energy markets – meaning that the drop in Russian gas supplies and resulting jump in energy prices has hit some countries harder than others.

Fifteen EU countries want a price cap on gas, but do not agree on the details of how it should be done. Germany, the Netherlands and Denmark oppose price caps, worried such a measure would disrupt the market and make it difficult for them to buy the gas they need to keep their countries running.

The European Commission will present several options to choose from, including a price cap on gas used to generate electricity and a broader temporary price cap while Brussels works on a new benchmark for gas prices to replace the Dutch Title Transfer Facility which has become extremely volatile amid the big reduction in Russian gas supplies.

Predicted clashes were already obvious as leaders arrived for their meeting at Prague Castle, with Austrian Chancellor Karl Nehammer calling on the EU Commission to “get its act together” over Germany’s solo €200billion package to solve the energy crisis.

Germany has raised eyebrows by announcing the massive support package for its businesses and households, dwarfing aid announced by other major EU economies – €67 billion in the case of France, and €68 billion in Italy. 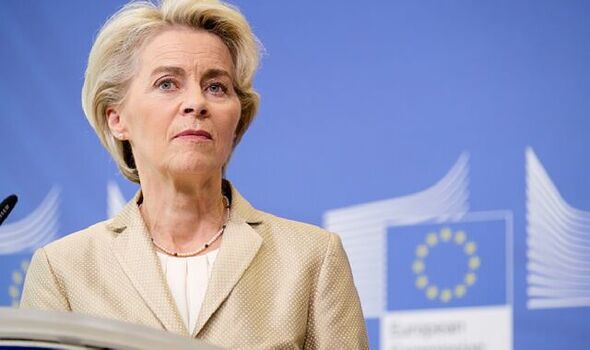 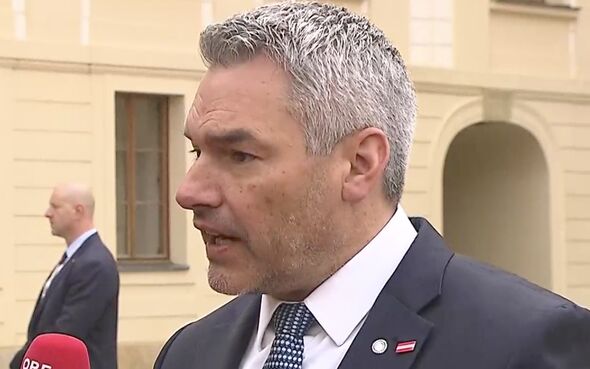 Mr Nehammer told reporters: “It is a wake-up call to the European Commission. If the Commission doesn’t get its act together, then the nation states will start helping themselves, and that’s what we’re seeing right now.”

He said: “Big (national) support packages are needed today because there is not a common European solution. We could not just leave people coping with the cold weather.

“But the real solution is that we act together in the market and then those big (national) support packages won’t be necessary anymore.”

Leaders are also expected to discuss military and economic aid provided to Ukraine to respond to Russia’s attacks.

“I will ask the leaders to support the proposal for a new tranche for European Peace Facility to continue providing military support to Ukraine, also to the training mission,” Mr Borrell told reporters as he arrived in Prague.