MEPs are set to vote on a scathing resolution that lambastes the fudged rule of law mechanism drawn up at last week’s summit of European leaders. The European Council gathering decided on a process for tying future handouts from the EU’s €1.8 trillion budget and coronavirus recovery fund to good behaviour and the bloc’s democratic values. Leaders used a four-page non-binding declaration to overcome opposition from Poland and Hungary to the financial package amid fears they would be unfairly targeted under the new rules.

MEPs are worried the conclusions drawn up by the European Council could be used to ride roughshod over the rule of law mechanism by rogue EU states.

In previous negotiations over the package, the EU Parliament insisted on a much stricter mechanism to block EU funding to countries at risk of breaking the bloc’s rules.

In a resolution set to be voted on by MEPs, they branded the fudged proposal “superfluous”.

“The content of the European Council conclusions on the Regulation on a general regime of conditionality for the protection of the Union budget is superfluous ,” it reads. 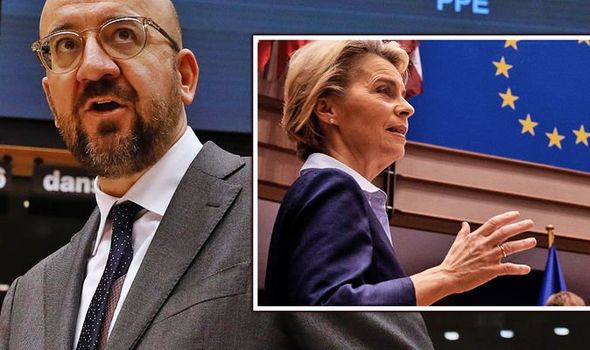 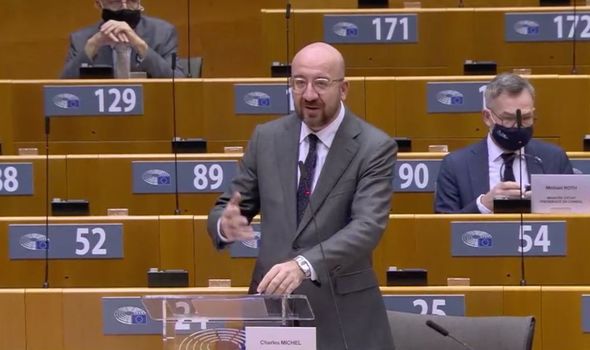 The resolution adds: “The applicability, purpose and scope of the Rule of Law Regulation is clearly defined in the legal text of the said Regulation.”

With the threat of a parliamentary revolt hanging over the package, European Commission chief Ursula von der Leyen said MEPs had “understandable concerns”.

“I understand there is a fear that the application of the regulation will be delayed and that justice delayed might be justice denied,” she told the European Parliament.

Under the current proposal, The European Court of Justice would have to make a ruling on the legality of the regulation before the Commission can draw up plans to trigger the mechanism. 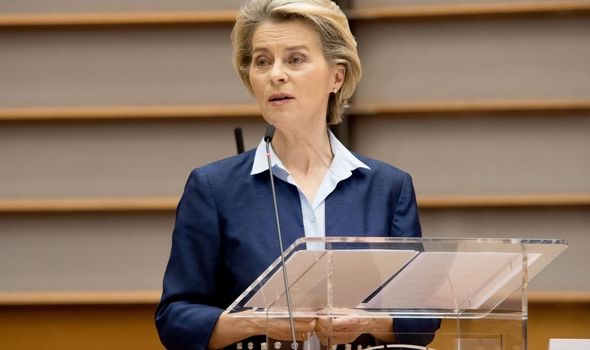 This has sparked fears of delays and that the process will not be ready in time to govern over Hungarian prime minister Viktor Orban, who faces national elections in 2022.

Mrs von der Leyen added: “I can assure you the Commission will always act in full autonomy, full respect of the rule of law and full objectivity.

“And we will start the necessary work of monitoring immediately. When concerns arise discussions with member states will also commence without undue delay.”

MUST READ: EU ‘cowards’ are running scared of Global Britain in Brexit talks

The Parliament’s resolution is backed by a majority of the political groups, including Mrs von der Leyen’s own centre-right European People’s Party.

It was also supported by the socialist, green and liberal blocs in the EU Parliament.

Senior MEPs spoke out in support for the Commission and insisted the Council should no longer have a say in ensuring the EU’s budget payments are linked to the rule of law.

German MEP Manfred Weber, who leads the EPP, said: “This €1.8 trillion is also linked to an historic achievement to link, for the first time, money to the basic principles we believe in – the rule of law mechanism.

“We need now an independent Commission that is ready to use the new tool from the first day on.