Miranda Hughes, 48, made the controversial comment that “Tory voters don’t deserve to be resuscitated by the NHS”. Ben Leo, senior producer of the Dan Wootton Tonight segment on GB News, went to Ms Hughes’ home in Hampshire to secure a comment from the former nurse about the backlash she has received following her remarks.

She said: “The problem yet again, I’ve opened my big mouth.”

The registered nurse has since revealed that she will be fired from her job at a south London-based private healthcare and rehabilitation provider due to the company’s media policy.

Following her comment on the television show, the live audience could be heard gasping and booing as they shook their heads.

She added: “It’s harsh, but I’m looking at these gentlemen and it makes me so angry.” 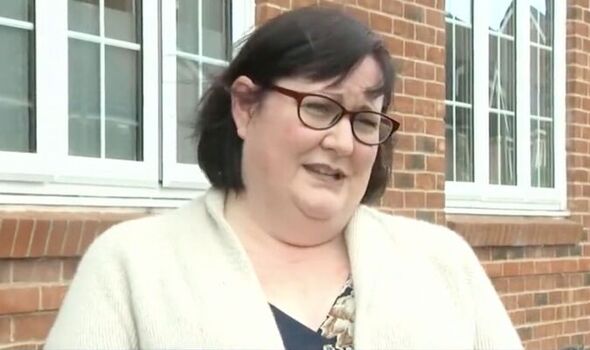 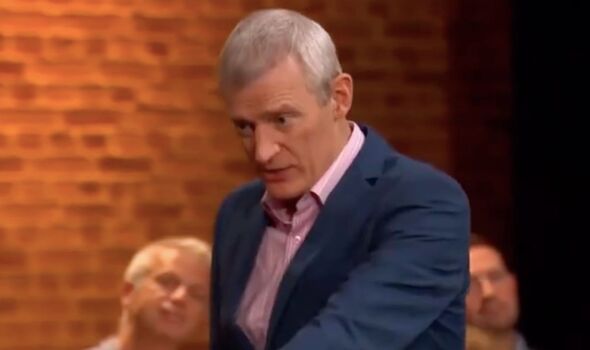 However, speaking to GB News, Ms Hughes said: “Unfortunately, if you say something in the media it seems to be taken and clipped for Twitter and can be manipulated.

“If the entire clip had been seen I was actually trying to defend nurses.”

On the Channel 5 show, she added after her divisive comment: “Of course, I would [resuscitate her patients], but it’s appalling the way we’ve been treated.”

Ms Hughes had previously discussed the “emotional stress” of wanting to deliver for her patients but failing to do so.

She added: “You’re squeezed to a point you can’t treat them how you want to treat them.” 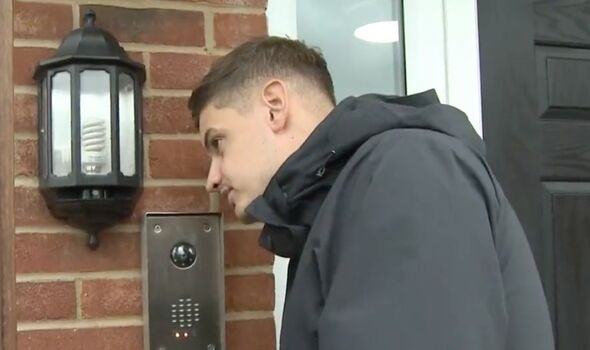 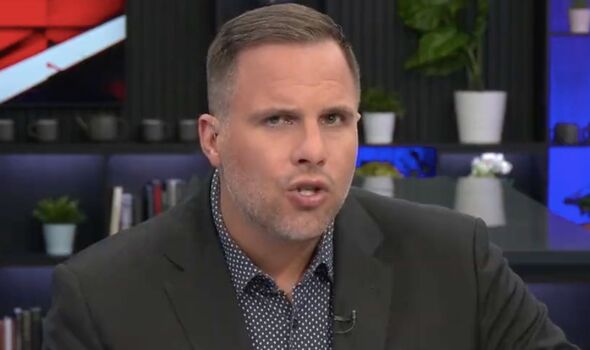 Mr Leo asked Ms Hughes if she could understand people’s outrage over her comments and that many may now feel they have to try to hide their political leanings when seeking medical help.

Despite trying to pass off the comment as a “joke”, Mr Leo noted that she had previously posted foul-mouthed posts on Facebook and Twitter about Tory MPs.

The former nurse had noted that her company was correct to sack her from her job due to the negative press she gave them and apologised for her conduct on social media.

DON’T MISS:
Meghan and Harry ‘going to believe they have been hung out to dry’ (COMMENT)
Meghan takes legal steps to stop Harry from being deposed (INSIGHT)
Meghan Markle’s feud with Kate over Palace statement – New claims (REACTION)

However, she added: “It is very difficult to get your political views listened to.”

Mr Wootton turned the conversation away from the comment itself, which he called “indefensible” and made it an issue of cancel culture.

The GB News presenter said: “I hate this whole culture of people losing their livelihood because they have made a controversial comment.

“To me, I think it is really important that the Right doesn’t fall into the trap of cancel culture too.”

He concluded: “I agree it’s indefensible but let’s be better than the Left. Let’s not cancel people.”

Despite arguing that she should not have lost her job and accepting her apology, he added that he would not want to be treated by her, saying: “I would run a mile”.