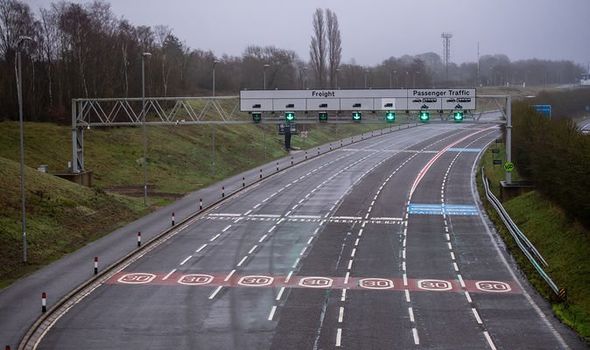 France made the U-turn after people from the UK struggled to get to the country in which they lived. Eurotunnel, which had issued warnings that British customers might not be able to travel through France, said it was “delighted”.

Since December 18 Britons have been banned from going to France unless they have a compelling reason.

But on Wednesday, P&O and Eurotunnel warned that France had dictated that Britons could “no longer transit France by road to reach their country of residence in the EU”.

Roland Moore, a British public affairs executive who lives in Brussels, was stopped at Folkestone.

He said: “I was told being a Belgian resident was no longer a compelling reason for transiting [France] to go home.”

Germany is relaxing its rules from 11pm on Monday so Britons who have been double-jabbed will be allowed to enter.