India was among several other countries, including South Africa and Australia, who were invited to a G7 meeting ahead of the summit next month. But reports reveal at least two cases of coronavirus have been detected among the Indian delegation who are now self-isolating and will attend meetings virtually. Vaccine Minister Nadhim Zahawi was grilled over the development during his Sky News interview on early Wednesday morning but admitted it was “news to him”.

Home Secretary Priti Patel met with the Indian Foreign Minister on Tuesday and has not tested positive.

The Tory Minister is also expected to not be self-isolating.

Coronavirus cases in India have surged in recent weeks off the back of several “super-spreader” events.

The Indian government also lifted several restrictions after seeing a fall in cases that have now reached as high as 200,000 daily infections. 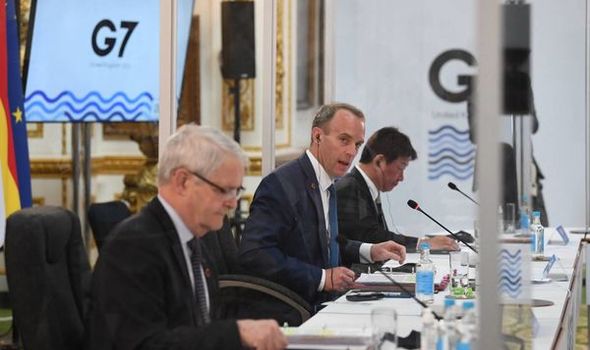 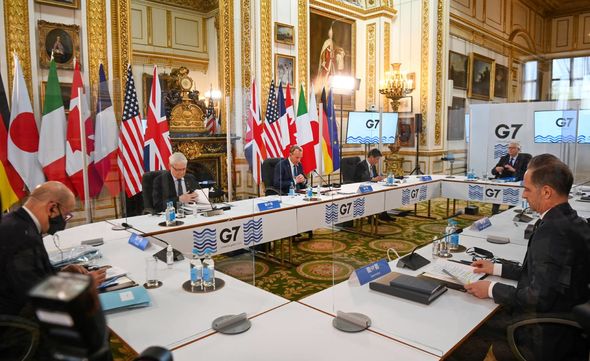 But Sky News host Stephen Dixon quizzed the minister over rumoured reports that delegates were self-isolating at the G7.

The news, which was not confirmed until after the interview, came as a surprise to Mr Zahawi who said: “I don’t [know], I’m afraid, I don’t know the numbers.

“This is news to me, I can’t really comment on this.”

Sky News’ political correspondent Joe Pike wrote on Twitter: “Hearing there is a COVID scare amongst India’s G7 delegates. Foreign Office keeping tight-lipped about who or where.

“India not a member of G7 but they are attending and there is Indian delegation in London.

“Nadhim Zahawi told @skynews this morning it was ‘news to me’.”