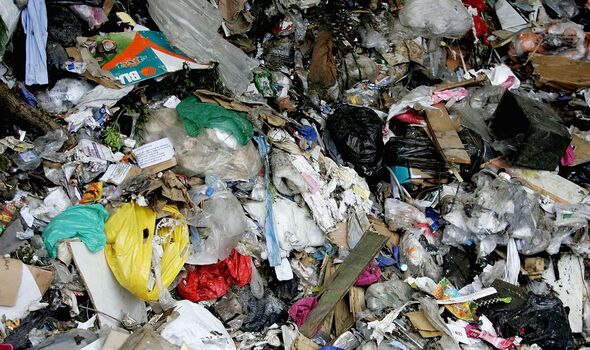 Former Brexit secretary David Davis will urge ministers to crack down on the blight of “landfill fraud”, said to cost the economy £1billion a year in clean-up costs and lost tax revenue. Mr Davis said: “Not only do these badly-run and often illegal sites destroy the environment of decent ordinary citizens, they also in many cases feed criminal activity elsewhere.

“There are clear examples of them being run by hardened criminals. We will press the Government to take a harder line on this criminal destruction of people’s environment.”

The Environment Agency, the body responsible for enforcing dumping laws, says it knew of 470 active illegal sites across England last year, but the true figure may be higher.

Waste on these sites is often illegally burned. Other scams include setting up bogus companies which undercut legitimate operators. They charge lower rates for rubbish collection but then vanish. HM Revenue and Customs has warned £200million in landfill tax goes uncollected each year.

In March last year, the Sunday Express revealed how thousands of tonnes of building spoil were dumped in the grounds of a £10million mansion owned by former football club boss Glenn Tamplin.

A month later a vacant industrial unit owned by online giant Amazon in Croydon, south London, was covered in 1,780 tonnes of waste, including 3.3 tonnes of asbestos, by an organised crime gang. Amazon had to pay a cleanup bill of around £500,000, with nearly 99 per cent of it recycled.

Illegal dumping on a commercial scale has risen in line with rising landfill tax costs. These were brought in to encourage more recycling and alternative greener methods of disposal.

A report by the National Audit Office warned: “Illegal waste sites, illegal dumping and fly-tipping can result in waste, again potentially hazardous, being dispersed into the environment.”

The Government said: “The Joint Unit forWaste Crime brings together agencies from across the UK to disrupt serious and organised crime and reduce its impact on the environment and the economy. We have stopped illegal waste activity at 2,700 sites while compliance activity secured an extra £873million in unpaid tax from the waste sector.”