Speaking to Dan Wootton Alan Cochrane, former Scottish Editor of The Daily Telegraph said it was “bizarre” that the First Minister was going to take her plan for a second vote to the Supreme Court. The veteran journalist argued that the SNP leader knew that if she asked her law advocate for permission to stage the vote she would be told “sorry sunshine you can’t do that”.

Mr Cochrane argued that Ms Sturgeon was making the move to push for a second vote to “rebuild the bedrock” of the SNP who are “completely fed up” with her for not delivering an Independent Scotland.

He said: “Well I think she almost explained it herself with her statement, about how she is going to try and rebuild the bedrock of her party who are completely fed up with her for not producing what she’s always promised them – an Independent Scotland.

“So what she’s done with this is astonishing and I take my hat off to her. It was a surprise.

“She’s actually going to take her plan to the Supreme Court, the most senior court in the land and ask them, ‘am I trying to do something illegal?’ 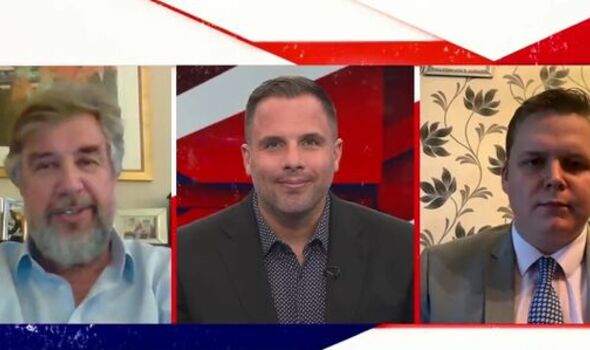 “Now it’s a bizarre thing for a politician to be doing.

“But instead of that she’s taken it to the Supreme Court.

“I think as do a lot of people that she knows what the law advocate would have said ‘sorry sunshine you can’t do it’.”

Mr Cochrane continued with his assessment on how the Scottish First Minister would push through her plan.

He added: “So if she then gets a no from the Supreme Court she’s not finished.

“She’s got another trick up her sleeve to help her activists and that is what she says is a one issue general election.

“Now you’re too young and I’m certainly not too young to remember 1970 when Ted Heath tried a single issue election.

“When he said during a fight with the miner’s ‘who runs Britain?’, and the British people said ‘not you sunshine’.

“She cannot decide to have an election on one issue.

“We decide, we the people decide what elections are about, not politicians.”