Home » Politics » Have Your Say: Is Theresa May right on Brexit? Has Liz Truss acted illegally? 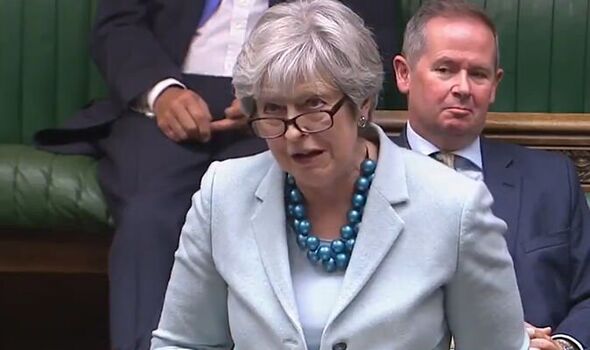 You can add your voice to the tens of thousands of comments posted daily on Express.co.uk and have your say on the big issues facing the country today.

MPs voted 295 to 221 in favour of giving the controversial Northern Ireland Protocol Bill a second reading at the House of Commons on Monday night, clearing the way for it to undergo detailed scrutiny in the coming weeks.

However, the Bill has been met with a barrage of criticism. Not just from the European Union, but also from members of the Tory party as the vote saw 72 abstain – including the likes of former PM Theresa May.

In a speech at the House of Commons, Ms May said: “The UK’s standing in the world, our ability to convene and encourage others in the defence of our shared values, depends on the respect others have for us as a country, a country that keeps its word, and displays those shared values in its actions.

“As a patriot, I would not want to do anything that would diminish this country in the eyes of the world.

“I have to say to the Government, this Bill is not, in my view, legal in international law, it will not achieve its aims, and it will diminish the standing of the United Kingdom in the eyes of the world, and I cannot support it.”

Foreign Secretary Liz Truss has fought off MP’s concerns, arguing the Bill has a “strong legal justification” and the UK remains committed to seeking a negotiated solution.

Do you agree with Theresa May’s stance on the Bill? Have your say in the comments.

HAVE YOUR SAY RIGHT NOW – JOIN THE EXPRESS READER DEBATE IN OUR COMMENTS SECTION.