Taking aim at European Commission President Ursula von der Leyen and Council President Charles Michel, the peer criticised the bloc for a failure of leadership. His comments are in mark contrast to previous sentiments expressed.

Four months on from the end of the transition period, the Rejoiner has taken aim at the turmoil and bitter in-fighting in Brussels.

He wrote on social media: “There is a leadership crisis in the EU.”

His comments were referring to tensions at the top of the EU between two of the bloc’s presidents.

A row has broken out between Ms von der Leyen and Mr Michel over the past week with tensions reaching boiling point. 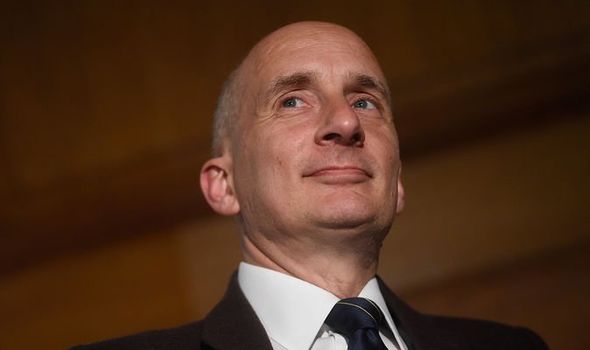 During a meeting on women’s rights between the EU and Turkey last week Ms von der Leyen found herself relegated to a sofa after the only two seats in the room were taken by Mr Michel and Turkish President Tayyip Erdogan.

Mr Michel’s failure to give up his seat for Ms von der Leyen or to demand an extra seat be found for his EU colleague has led to accusations of sexism.

At the weekend Mr Michel told German newspaper Handelsblatt: “I make no secret of the fact that I haven’t slept well at night since because the scenes keep replaying in my head.”

He said the embarrassment was due to a concussion over protocol and he regretted “the differentiated, even diminished, treatment of the president of the European Commission”.

The incident was the latest friction in an already tense relationship between the two EU leaders.

Neither has spoken to each other since last week’s diplomatic gaffe, with the pair to sit down together this afternoon in a bid to work out how to better work together.

DON’T MISS:
EU attacked by Remainers over vaccine row [REACTION]
Charles Michel told resign as ‘apology not enough’ in new petition [UPDATE]
EU trying to trash Britain’s reputation in the world we must hit back! [COMMENT] 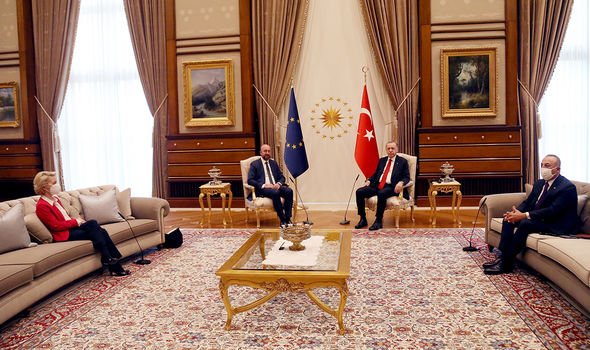 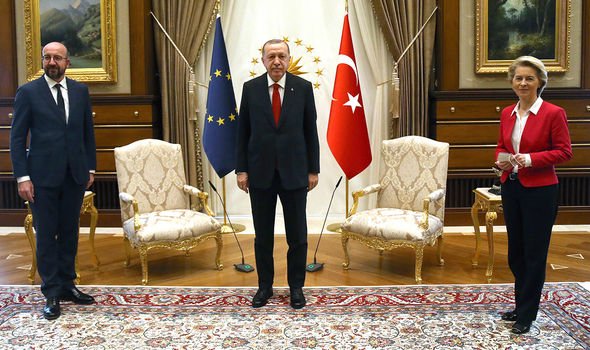 Lord Adonis consistently criticised the UK’s decision to leave the EU in 2016.

His remarks today were a rare criticism of the EU. 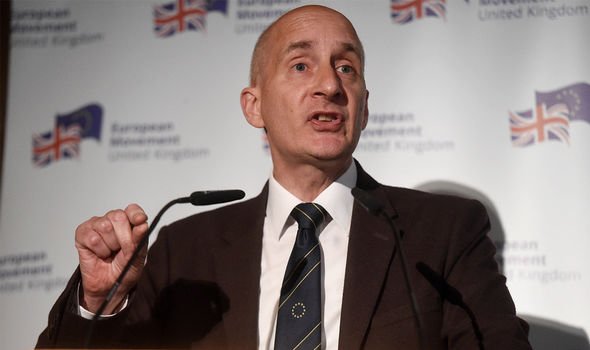 Borrowing the words of Churchill, he said the dealt was “a total and unmitigated defeat” and Brexit was a disaster for “British values, prosperity and leadership”.

Lord Adonis said: “I am sure it is much better to say exactly what we think about public affairs and this is certainly not a time when it is worth anyone’s while to court political popularity.

“I will therefore begin by saying what everybody would like to ignore or forget, but which must be stated, that ‘we have sustained a total and unmitigated defeat’.

“Those were Winston Churchill’s words in the House of Commons on the Munich agreement 82 years ago.

“Alas, they apply word for word to the Brexit agreement we are being asked to rubber-stamp.”