Our political reporter lays out Democrats’ messaging goals for the relief bill as they eye the midterms. 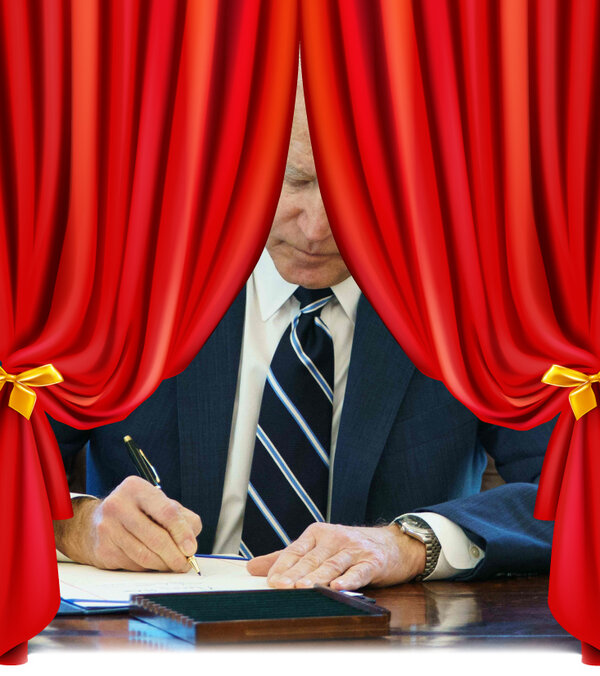 President Biden signed his $1.9 trillion coronavirus relief bill into law yesterday, a move that will send $1,400 stimulus checks to many Americans, strengthen a wide range of social programs and step up investment in vaccine distribution. A few hours later, he went on national television to trumpet the achievement. And this afternoon, he celebrated it in a Rose Garden ceremony, joined by Democratic leaders in Congress.

“It changes the paradigm,” Biden said today, talking about the plan’s provisions to support low- and middle-class workers. “For the first time in a long time, this bill puts working people in this nation first.”

The bill passed without any Republican votes, depriving the Biden administration of the ability to frame it as a bipartisan effort — but also denying the G.O.P. the chance to reap its rewards in the realm of public opinion, if the legislation remains as popular as it is right now, according to polls.

Biden is planning to travel the country in the coming days to drive home the message to Americans that the legislation doesn’t just provide needed relief to families and businesses — but also that Democrats have delivered on a key campaign promise. Will it resonate? Come the 2022 midterm elections, will voters remember a law that was passed a year and a half earlier?

To understand how the policy interacts with the politics, I caught up with Jonathan Martin, a national political correspondent, to talk about how Democrats plan to marshal this legislative victory to their advantage at the ballot box next year.

Republican lawmakers in Washington were unified in their opposition to the relief package. But some, like Senator Roger Wicker of Mississippi, are already praising some of the programs that the bill has funded. Are any of those G.O.P. lawmakers regretting their opposition?