Hi. Welcome to On Politics, your guide to the day in national politics. I’m Lisa Lerer, your host. 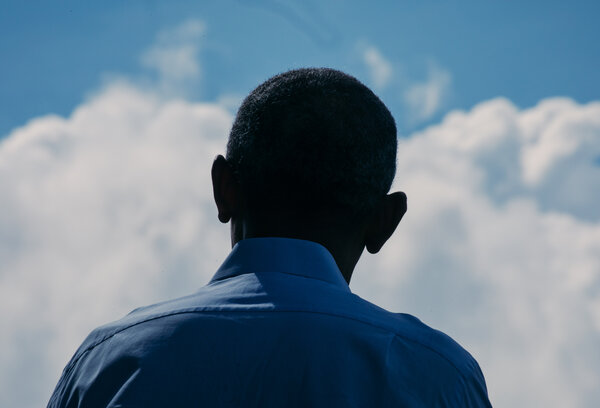 We spend a lot of time viewing our politics through a backward gaze. We base polling estimates on assumptions about previous electorates. We compare Joe Biden’s performance in rural areas with how Barack Obama fared in those same districts a dozen years earlier. And we puzzle over demographic changes in traditionally red states like Georgia and Arizona.

But what if this moment has no parallel in our recent past? What if it’s bigger than just shifting coalitions — a moment when our whole system of information, politics and governance is breaking down?

Even amid a raging pandemic, President Trump remains focused on spreading conspiracy theories about the election he lost, abetted by conservative news media outlets and disinformation campaigns on social media. Most Republicans seem resigned to ceding their party to the president, declining to demand that he accept reality and step down. (Worth noting: Not a single Republican lawmaker agreed to appear on any of the Sunday talk shows this past weekend.)

Complaints about partisan gridlock aren’t anything new: For more than a decade, pundits have griped about the inability of lawmakers to compromise and accomplish big things. But now, those intractable divisions have spread to the entire country, leaving us unable to form consensus on even the most basic of facts, like Mr. Biden’s victory or the need to wear masks to fight a deadly virus.

That’s the argument Mr. Obama is making in interviews surrounding the release on Tuesday of the first volume of his new memoir, “The Promised Land.”

With the election over, the former president is pulling the fire alarm on our democracy. His comments to The Atlantic, NPR and CBS News are striking given that they are coming from a president who was known — and often critiqued — for his levelheaded, “no-drama Obama” style in office. Consider what he told Jeffrey Goldberg of The Atlantic:

“America is the first real experiment in building a large, multiethnic, multicultural democracy. And we don’t know yet if that can hold. There haven’t been enough of them around for long enough to say for certain that it’s going to work.”

Mr. Obama centers much of his concern on “truth decay” — the decline of agreement on central facts and a blurring of lines between fact and opinion in civic life. The term comes from a report published by the RAND Corporation in 2018 that was included on Mr. Obama’s summer reading list that same year. He told The Atlantic:

Mr. Obama doesn’t see his successor as the cause of rising populism, a movement he traces to the 2008 election when Sarah Palin, the Republican vice-presidential nominee, energized her party’s base. Though he couldn’t resist throwing some shade at Mr. Trump:

“I’m not surprised that somebody like Trump could get traction in our political life. He’s a symptom as much as an accelerant. But if we were going to have a right-wing populist in this country, I would have expected somebody a little more appealing.”

Rather, he blames the media environment, the decline of local news and the refusal of social media companies to take responsibility for conspiracy theories posted on their platforms. There is no longer a “common baseline of fact and a common story,” he said.

Mr. Obama even seemed to question whether he could win the presidency if he ran today.

“Even as late as 2008, typically when I went into a small town, there’s a small-town newspaper, and the owner or editor is a conservative guy with a crew cut, maybe, and a bow tie, and he’s been a Republican for years. He doesn’t have a lot of patience for tax-and-spend liberals, but he’ll take a meeting with me, and he’ll write an editorial that says, ‘He’s a liberal Chicago lawyer, but he seems like a decent enough guy, had some good ideas’; and the local TV station will cover me straight. But you go into those communities today and the newspapers are gone. If Fox News isn’t on every television in every barbershop and VFW hall, then it might be a Sinclair-owned station, and the presuppositions that exist there, about who I am and what I believe, are so fundamentally different, have changed so much, that it’s difficult to break through.”

Mr. Biden won the White House by promising a return to political norms, a vow that might be impossible to fulfill given the kinds of changes Mr. Obama denounced. Whether Mr. Biden, a longtime creature of old Washington, can navigate our new political and media reality will probably be a central test of his presidency.

In the interviews, Mr. Obama didn’t offer Mr. Biden any easy solutions to these problems, beyond further regulating social media companies — and getting back to the basics of governance. Here’s what he told “60 Minutes”:

“I do think that a new president can set a new tone. That’s not going to solve all the gridlock in Washington. I think we’re going to have to work with the media and with the tech companies to find ways to inform the public better about the issues and to bolster the standards that ensure we can separate truth from fiction. I think that we have to work at a local level. When you start getting to the local level, mayors, county commissioners, et cetera, they’ve actually got to make real decisions. It’s not abstractions. It’s like, ‘We need to fix this road. We need to get this snow plowed. We need to make sure our kids have a safe playground to play in.’ And at that level, I don’t think people have that kind of visceral hatred. And that’s where we have to start in terms of rebuilding the social trust we need for democracy to work.”

Drop us a line!

We want to hear from our readers. Have a question? We’ll try to answer it. Have a comment? We’re all ears. Email us at [email protected].

It’s hard reaching the end of the road

In the two years that it takes to cover a presidential campaign, Times reporters travel the country in search of stories from everyday Americans that may speak to broader themes. But now that it’s behind us, we asked our reporters to think back on a moment from the campaign that felt out of the ordinary, strange or surprising — something that would stick with them from 2020. Here’s our reporter Matt Stevens with a memory from the tail end of the trail.

Back in February, that glorious time of year when we could all report from outside our homes, I was in a New Hampshire ballroom with Andrew Yang. I had been covering the long-shot candidate for months, and his hopes hinged on a strong performance in the Granite State.

But Mr. Yang ended up finishing outside the top five in New Hampshire’s Democratic primary. And so there I was, watching him announce that he was dropping out of the race. You could feel the room deflate as soon as he said the words.

When Mr. Yang finished his remarks, I started looking for voters I could talk to. I wanted to see how they were processing the letdown, how they felt in that moment.

The first couple of voters I met were disappointed but determined. While Mr. Yang himself might have exited the race, his ideas would live on, they insisted. And heck, there was always 2024.

But then I saw Gene Bishop approaching me. I thought I might have met Mr. Bishop, an 81-year-old New Hampshire voter, at Yang rallies in the past. Maybe that was why he went straight into lamentation. He confided that he had never contributed to or canvassed for a political candidate before he began supporting Mr. Yang.

“I just can’t believe that it’s over,” Mr. Bishop said, his brave face melting away.

Then, to my surprise, he began to cry.

“I’m being very selfish, because he’s probably very upset, too,” Mr. Bishop said of his favored candidate. “But it just hurts.”

Mr. Yang, he added after a moment of reflection, had been “a big part of my life.”

It’s easy to be jaded about politicians — to assume that nothing they say or do really matters.

But my brief interview with Mr. Bishop has stuck with me all of these months later. Now, every time I feel the urge to dismiss a public figure’s rhetoric, or question a politician’s intent, my mind goes back to Gene.

People like him want to believe in our leaders, in possibility — to feel as if they are a part of something bigger than themselves. And it’s hard, even for a journalist, to be jaded about that.

On Politics is also available as a newsletter. Sign up here to get it delivered to your inbox.