Flags and decorations were torn down in a field in County Tyrone ahead of Tuesday’s Twelfth celebrations. The Twelfth, an Ulster Protestant celebration, has been accused of being sectarian by Catholics, with the occasion marred by violence between loyalist and republican communities.

According to reports, the items were targeted at roughly 9.30pm on Sunday at the field on the outskirts of the village.

The area will host a gathering of Orange Order members for the Twelfth celebrations.

A Police Service of Northern Ireland (PSNI) spokesperson said: “The incident is being treated as a hate crime and enquiries are ongoing.

“Anyone with any information about this incident or who may be able to help with the investigation, is asked to call police in Dungannon on the non-emergency number 101, quoting reference number 393 11/07/22.” 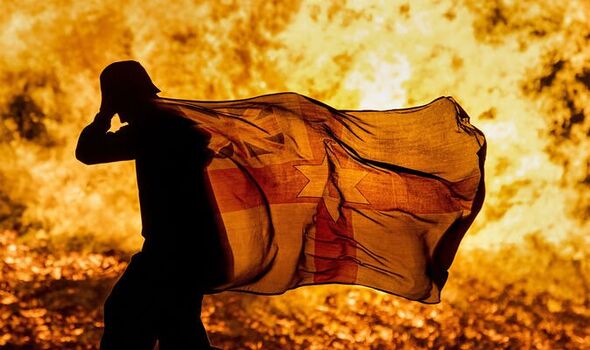 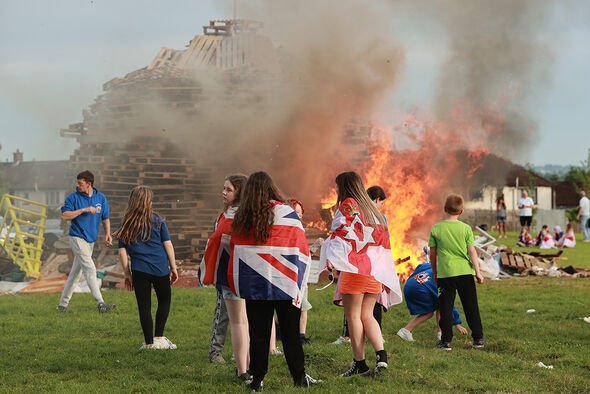 He said: “A lot of hard work goes into preparation for the Twelfth and to see such bigoted behaviour towards our culture is disheartening.”

The MLA added the Twelfth is a “joyous occasion that brings family and friends together at this time of year”.

He also said: “I will be liaising with the PSNI about this sectarian motivated action.”

Dungannon DUP councillor Clement Cuthbertson added the incident “will not deter the Brethren and their families from having a glorious Twelfth demonstration in the village”. 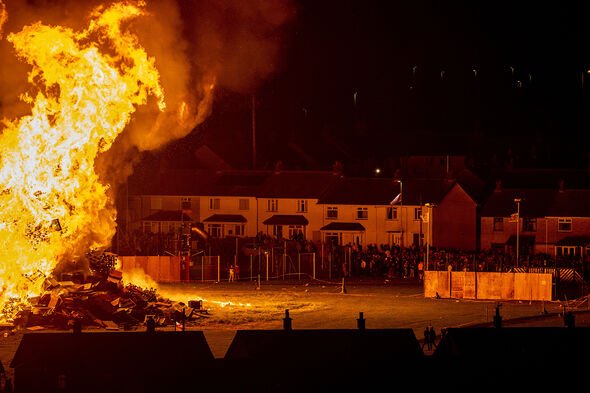 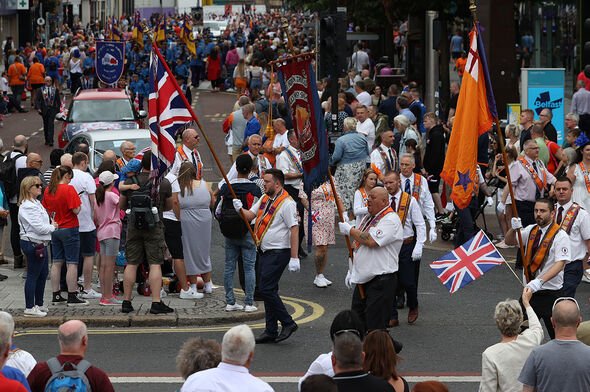 The Twelfth is an Ulster Protestant celebration held on July 12 and celebrates the Battle of the Boyne, when William of Orange – also known as King Billy – defeated the Catholic King James II in 1690.

Protestant loyalists see the Twelfth as an important part of their culture, while Catholic Irish nationalists see many aspects of it as sectarian.

The routes of certain Orange parades became intense friction points during the Troubles, often leading to widespread rioting and violence.

While Orangemen insisted they had the right to parade on public roads following long-established traditional routes, nationalist residents protest at what they characterised as displays of sectarian triumphalism passing through their neighbourhoods.

Out of Tuesday’s 573 loyal order parades, 33 follow routes that are deemed to be sensitive.

Ukraine LIVE: ‘Time to act’ Erdogan rages at Putin over Black Sea
‘Your fault, Boris!’ PM has nobody to blame but himself for losing job
Putin humiliated as US rockets strike fear into Russians 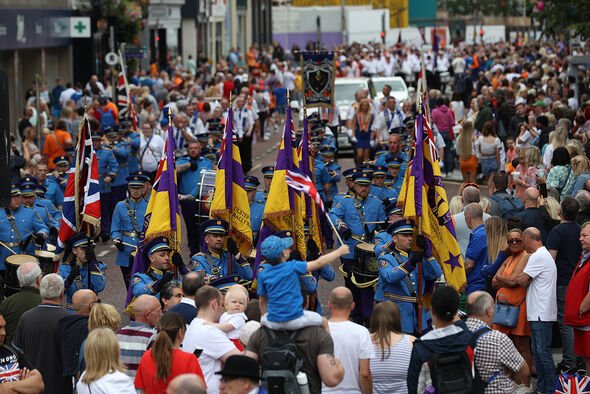 On Monday night, around 250 bonfires were lit in loyalist communities across the region.

In a statement issued roughly 90 minutes before the lighting of the pyres, the PSNI said it had received a number of complaints and was gathering evidence.

“[We] will review to establish whether offences have been committed,” it added.

Caoimhe Archibald, East Derry MLA for Sinn Féin, posted a picture on Twitter of a bonfire which included posters of her and other non-unionist politicians.

She said: “The burning of flags and election posters on bonfires is wrong, deeply offensive and a hate crime. I’ve reported this to the PSNI.

“There’s an onus on unionist political and community leaders to stand up against displays of sectarian hatred and make it clear there is no place for them.” 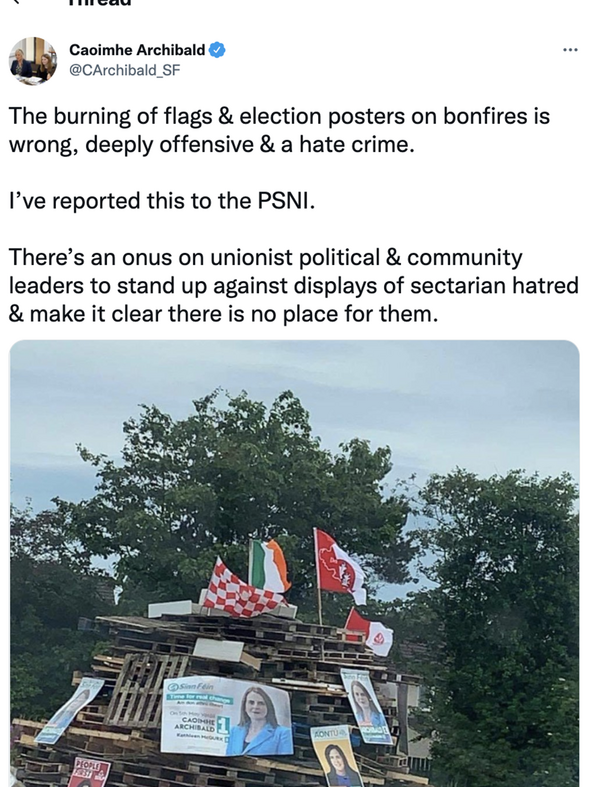 In Belfast, the Orange Order’s County Grand Master, Spencer Beattie, said around 10,000 order members and bandsmen and women will take part in the capital.

He said: “In 2020, we were cancelled because of Covid, so this is the first time back on the street in our full parade.

“We’ve had various smaller parades over the last couple of years reduced down because of Covid, but it’s great to be back in full swing again.

“Hopefully, the day will be a celebration for everybody getting back out onto the street and enjoying the day.”