Home » Politics » ‘I am outraged!’ Philippe Lamberts loses it in Brexit rant at MEPs: ‘We look ridiculous’

Brexit: Lamberts says he is ‘outraged’ at ratification timeline

Mr Lamberts launched a scathing rant aimed at the EU’s leadership, stating that he was outraged with their conduct regarding negotiations with Britain. The MEP added that the European Parliament looks ridiculous and questioned how a trade agreement can be rushed through before 2021 when politicians have not yet seen the first paragraph of the deal.

Mr Lamberts said: “I do have to say that I am outraged by the position taken by the President of our Parliament who said we have to ratify an agreement in just a few days after the nearest glance at this text.

“I am a member of the European Parliament and I often hear colleagues complaining about the lack of respect towards our Parliament from the commission and council.

“Sometimes these complaints are justified, if you want the respect of others you have to first respect yourself. 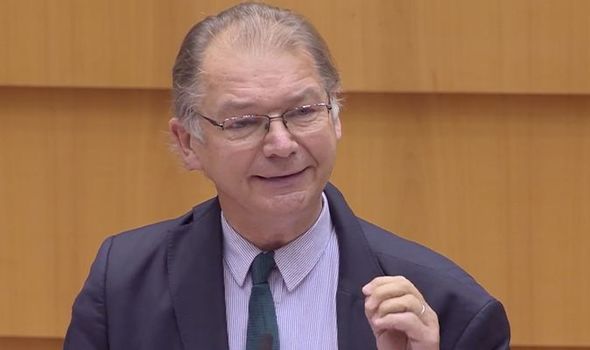 “How do you think that such a large and unprecedented agreement can be looked out in just a couple of days when we haven’t even seen the first paragraph yet?”