Frantic efforts to vaccinate people in an underserved area of Philadelphia underscore a difficult new stage of the nation’s vaccination campaign, as door-to-door efforts become the norm. 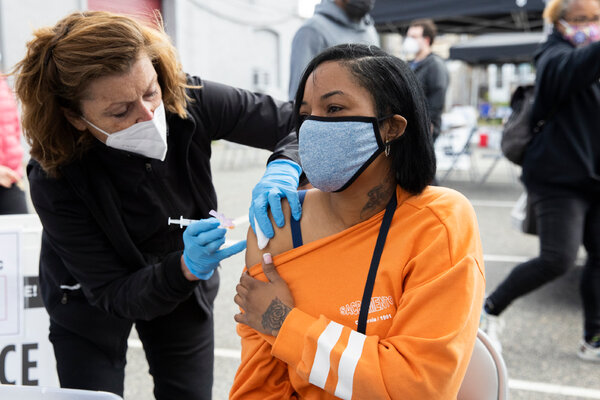 PHILADELPHIA — Only a trickle of people had visited her community vaccination site seeking a first coronavirus shot last Monday when Dr. Ala Stanford, a local pediatric surgeon, seized on an unexpected opening.

Across the street from the church parking lot where she had set up shop, a funeral home was holding a trio of services, including one for a victim of Covid-19. She mocked up new fliers, then delivered them to the funeral home. By the afternoon, several workers and guests had crossed the street to get inoculated, including Justin Larkin, a funeral attendant who stuck out his arm for the single-dose Johnson & Johnson vaccine, then hustled back to his job.

The scene, at Victory Christian Center in southwest Philadelphia, underscored what the Biden administration has called a new phase of its vaccination campaign.

The federal government has set up mass vaccination sites at stadiums, sent doses to pharmacies and clinics serving lower-income Americans, and, on Friday, enticed the unvaccinated with the prospect of finally being able to shed their masks.

But with the ranks of the willing and able dwindling, the campaign has in many places already morphed into a door-to-door and person-by-person effort.

“We’re in the recruiting phase,” Dr. Stanford said. After dropping off the fliers, she approached a man watering his backyard adjacent to the parking lot site, pleading with him through a chain-link fence. He declined.

The Black Doctors Covid-19 Consortium, which Dr. Stanford leads, is one of about 11,000 members of what the Department of Health and Human Services is calling its Covid-19 community corps, a loose constellation of volunteers, corporations, advocacy groups and local organizations working to vaccinate Americans often left behind by the nation’s health care system. 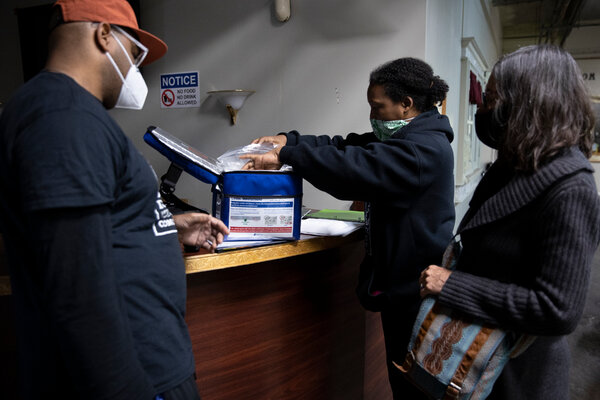 Begun last month, the network operates on the belief that once the people most eager for a shot were done, those left unvaccinated will prefer to get their shots by or around people they know. It holds weekly calls with department leaders in Washington to share tips on what is working to reach those still unvaccinated.

The vaccination campaign has been flipped on its head, Dr. Stanford said last Monday. “People were going crazy. They were willing to trade things and pay for it,” she said of bigger events her group sponsored.