Home » Politics » In Picking a Cabinet, Biden Draws From His Roots

WASHINGTON — His economic and environment teams are a little left of center. His foreign policy picks fall squarely in the Democratic Party’s mainstream. His top White House aides are Washington veterans.

Taken together, the picture that emerges from President-elect Joseph R. Biden Jr.’s initial wave of personnel choices is a familiar, pragmatic and largely centrist one.

That fits with the implicit deal that the former vice president and longtime senator offered Democrats during the 2020 primaries — that he was neither as progressive as Senators Bernie Sanders of Vermont and Elizabeth Warren of Massachusetts, nor a product of Wall Street like Michael Bloomberg, the Republican-turned-Democrat who failed in his last-minute attempt to offer a moderate alternative to Mr. Biden.

Still a work in progress, Mr. Biden’s cabinet is designed to be an extension of his own ideology, rooted in long-held Democratic Party principles but with a greater focus on the plight of working-class Americans, a new sense of urgency about climate change and a deeper empathy about the issues of racial justice that he has said persuaded him to run for the presidency a third time.

His nominees are a reflection of the image that his campaign conveyed and that powered his defeat of President Trump. They are diverse in ways that appeal to liberals, young voters and people of color. And they are moderate like the swing voters who helped him win in states like Wisconsin, Pennsylvania and Michigan.

For his cabinet, Mr. Obama assembled outsize personalities like Secretary of State Hillary Clinton and Robert M. Gates, the defense secretary who was a holdover from the George W. Bush administration.

Mr. Biden’s cabinet so far has no one likely to draw the same kind of high-octane attention. His choices have decades of quiet, behind-the-scenes policymaking experience, matching Mr. Biden’s pledge to return basic competence to the government after four years of Mr. Trump’s chaotic administration.

His nominees and choice of top White House aides make only a nod to the progressive movement in the Democratic Party that helped Mr. Biden win the election. That has left some of the party’s liberals frustrated by what they say is the creation of a new administration dominated by old thinking, unprepared to confront the post-Trumpian world of deeper racial and economic inequities and more entrenched Republican resistance.

There is no one yet in Mr. Biden’s cabinet carrying the torch for the policies that he campaigned against during the primaries: free college for everyone, a costly Green New Deal, an anti-Wall Street agenda, universal health care and steep increases in the minimum wage.

The danger, said Faiz Shakir, who managed Mr. Sanders’s 2020 presidential campaign, is that Mr. Biden does not pay sufficient attention to the struggle of working-class people, whose fortunes have declined under the economic policies of presidents from both parties. He said a return to the Democratic status quo, before Mr. Trump’s presidency, was not enough.

“One of the concerns is that you want to pierce the bubble of how our Democratic elites have thought about politics and policymaking and urge them to go bolder,” Mr. Shakir said. “And now we’re relying on a lot of people’s instincts who’ve been honed, quite frankly, during a different era of politics.”

Varshini Prakash, the executive director and a founder of the Sunrise Movement, a liberal group focused on climate change, praised Mr. Biden’s environmental picks as a welcome “departure from the leave-it-to-the-markets way of thinking that defined the early 2000s.”

But she said she hoped Mr. Biden would do more to promote younger people whose experience is not defined by previous generations.

“It is still an older, whiter, male-er group in general,” she said. “We are never going to develop the leadership we need for decades to come if we keep appointing people who are in their 60s and 70s who have served in multiple administrations already.”

It can be difficult to divine the precise policy direction of an administration from the selection of a dozen cabinet members. Whatever the views of the individual secretaries, their mandates once in office will now be defined by the new president’s promises and policies.

Xavier Becerra, Mr. Biden’s pick to lead the Department of Health and Human Services, for example, has previously embraced “Medicare for All” proposals. Now he will be called on to support the president-elect’s plan for improving Obamacare.

But Mr. Biden has already signaled a more populist bent than Mr. Obama did. He talks about strengthening unions and creating working-class jobs with significant spending increases to build new roads, bridges and highways and repair the old ones. His economic advisers believe in helping marginalized workers, expanding labor rights, addressing income inequality and bringing an end to gender and racial discrimination in the workplace.

And like previous presidents, Mr. Biden has already signaled that he wants to firmly control policymaking from inside the White House, installing close confidants and people with years of experience who will work down the hall from the Oval Office. 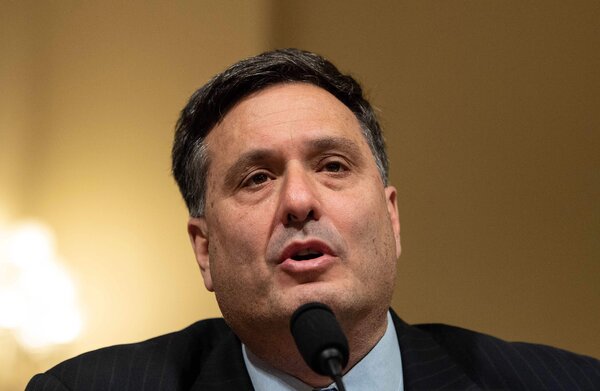 The fingerprints of Ron Klain, the incoming White House chief of staff and a longtime aide to Mr. Biden, are already evident in the selection of White House advisers with the kind of stature and experience to face off with the cabinet secretaries during debates over complex and difficult issues.

Susan Rice, who was Mr. Obama’s national security adviser, will oversee domestic policy for Mr. Biden, who chose her not for her substantive expertise, but because of her ability to wrangle competing interests in a sprawling and often unruly government bureaucracy.

Ray LaHood, a Republican who served as transportation secretary for Mr. Obama, said that dynamic was also evident in Mr. Biden’s decision to put John Kerry, the former secretary of state, and Gina McCarthy, who ran the Environmental Protection Agency, in charge of climate policy in the White House.

“Every big major legislative or other issue was run out of the White House,” Mr. LaHood said, recalling the Obama White House. And, he predicted, it will be the same in the Biden administration.

Some important pieces of the cabinet puzzle have yet to fall into place.

Mr. Biden has not chosen an attorney general to oversee the Justice Department, which will be at the center of the president-elect’s promise to expand voting rights, overhaul law enforcement and enforce racial justice in the nation’s court system.

Nominees for the Labor, Education and Commerce Departments also have yet to be announced, leaving it unclear exactly how Mr. Biden intends to carry out his vision for more investment in schools, safer and more prosperous jobs, and an improved economic environment for business.

But some themes are emerging.

One of Mr. Biden’s most urgent challenges as president will be to quickly turn around an economy wracked by the coronavirus pandemic, with millions of people out of work and businesses struggling to survive.

To do that, the president-elect will lean on an economic team that tilts to the left of their predecessors in the Obama administration.

Cecilia Rouse, his pick to lead the Council of Economic Advisers, is expected to focus on the forces that hold people back in the economy and the challenges that workers face, especially in the so-called gig economy.

Janet Yellen, his choice to be Treasury secretary, is a labor economist who has long championed efforts to raise wages. Heather Boushey, named to be a member of the Council of Economic Advisers, is a proponent of a higher minimum wage and has fought for providing up to 12 weeks of paid family and medical leave to workers.

There is not a deficit hawk among Mr. Biden’s nominees, but neither are there members of the progressive left championed by Mr. Sanders or Ms. Warren. Any member of Mr. Biden’s team might have worked for Hillary Clinton, had she won the presidency four years ago.

On foreign policy, Mr. Biden has turned to a group of people with whom he has worked closely, a largely nonideological group who appear willing to execute his vision rather than pursue agendas of their own.

“It’s like his Senate staff,” said Leon E. Panetta, a former Clinton White House chief of staff and C.I.A. director and defense secretary in the Obama administration. “I don’t think you can say that they come with a set of ideological ideals. They come ready to serve the president, and people need to understand that Joe Biden to a large extent is going to call the shots here.”

Mr. Biden’s nominee for secretary of state, Antony J. Blinken, first worked for Mr. Biden as a Senate committee staff member in the 1990s and more than anyone else is an extension of his brain on foreign policy. In public remarks of his own, Mr. Blinken has generally reflected Mr. Biden’s views, including a belief in the value of American global leadership, alliances and military strength.

Mr. Biden’s choices for director of national intelligence, national security adviser and defense secretary are all seen as skillful managers and bureaucratic operators; none are associated with strong political views or distinct policy agendas.

“It’s a solid, sensible, centrist foreign policy team that’s likely to work well together and be well aligned to the president’s priorities,” said Kori Schake, the director of foreign and defense policy studies at the American Enterprise Institute.

Early in his presidency, as he weighed his Afghanistan strategy, Mr. Obama felt pressure for a substantial troop increase from Mrs. Clinton and Mr. Gates. Mr. Biden is unlikely to face such tensions within his own team.

Mr. Biden has said that addressing the threat from climate change is one of his top four priorities, along with confronting the Covid-19 pandemic, helping the economy to recover and moving toward racial justice in the United States. He is likely to provide another broad overview of his goals in his Inaugural Address and offer more detail in his first address to Congress shortly after taking office.

But achieving the kind of sweeping change he has promised will be more difficult if Democrats fail to win two Senate runoffs in Georgia early next month. Republicans only have to win one of the two races to maintain control of the Senate and the power to block much of Mr. Biden’s agenda.

And even if Democrats win, the party’s margins in both the Senate and the House will be razor thin, making it far less likely that Congress will embrace bold and costly policy proposals. Tom Ridge, a former Republican governor in Pennsylvania who served as secretary of Homeland Security for President George W. Bush, said many of the solutions will come from the departments led by Mr. Biden’s cabinet.

“I don’t know of a modern president who, on the date of being sworn in, was confronted with the range of challenges that he and this administration confront the moment he takes office,” Mr. Ridge said. “These are tough, challenging problems. At this point in time, it’s good to have experienced hands.”