The Deputy First Minister has been accused of hiding the truth after he said the independent review of the state of Scottish education would only be released to MSPs. He told Scottish politicians they could look at the report on the condition it “isn’t made public, cited or quoted”.

The Organisation for Economic Cooperation and Development (OECD) was commissioned by the Scottish Government to undertake a report last month.

The Scottish Liberal Democrats have now threatened a motion of No Confidence against Mr Swinney just days after he survived one relating to legal advice for the Alex Salmond inquiry.

Alex Cole-Hamilton, who represents Edinburgh Western, said Mr Swinney had been “put on notice” stressing a “no confidence” motion would soon come. 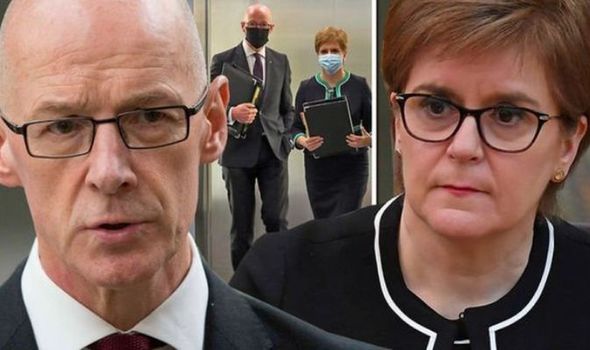 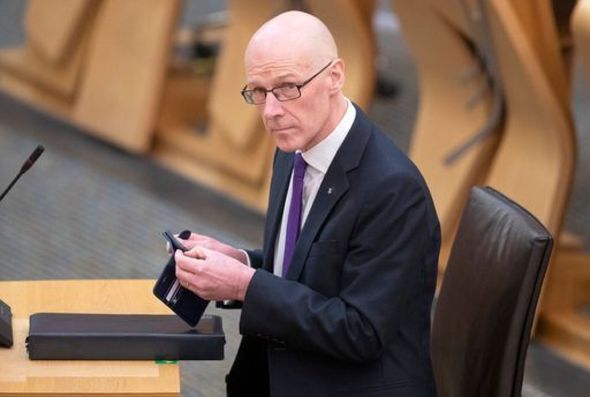 Mr Cole-Hamilton stressed MSPs would be back this “week or the week after” with a “similar motion” lodged by the Scottish Conservatives last month.

Party leader Willie Rennie said: “This is an insult to the people of the country that they can’t be trusted with a 7-page summary of preliminary recommendations.”

Scottish Conservative leader Douglas Ross claimed the SNP had “something to hide” by refusing to release the full report. 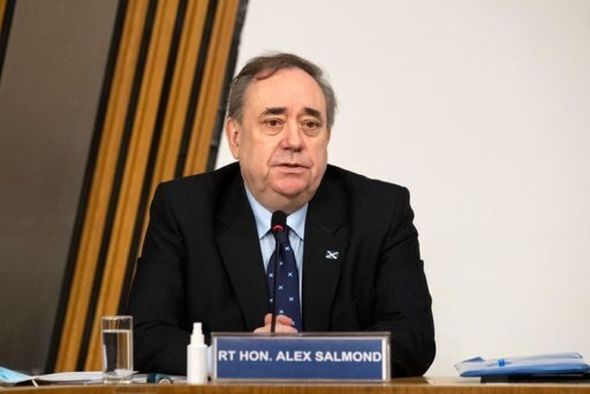 Speaking at the Scottish Conservative Conference today, Mr Ross said: “Allowing our schools to tumble down international rankings, outperformed by countries including Estonia and Poland.

“Is it any wonder that the SNP are now refusing to publish another OECD report into our schools system?

“What the SNP have done to education, by cutting teacher numbers, introducing curriculum for excellence and slashing subject choice, is nothing short of a crime against Scottish nationhood.”

It comes after a senior teaching union official claimed a partial return of all secondary school pupils to the classroom from Monday was “politically motivated”, as the Scottish Government was seeking a “good news story”. 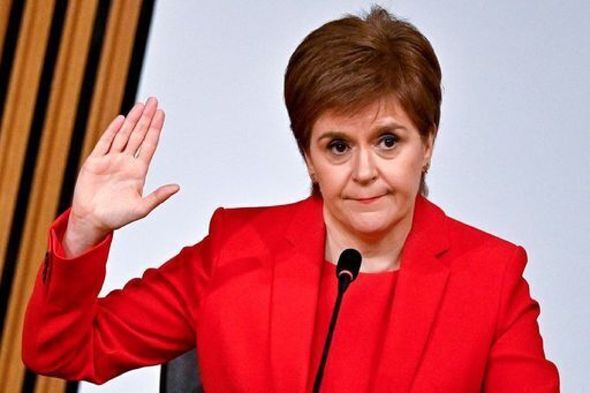 From Monday, primary classes four to seven will return to the clasrooms, along with part-time lessons for secondary schools.

The decision was announced by Ms Sturgeon on March 2, the day before she appeared before the inquiry investigating the handling of harassment complaints against former first minister Alex Salmond.

Assistant secretary of the EIS teaching union, Andrea Bradley, said: “The decision seemed to be a political one rather than one that was based on sound educational principle.”

She claimed the SNP-led Scottish Government was trying to turn the attention away from Ms Sturgeon giving evidence against her former mentor and First Minister Alex Salmond.

Ms Bailey added: “We have to have cognisance of the context in which the decision was announced, it took place before the parliamentary evidence-giving session.

“Our sense was the Government were looking for a good news story that week.”

“The suggestion appears to be that the First Minister announced an earlier return to the classroom not for legitimate reasons but to draw attention away from her evidence to the Salmond inquiry.

“For that to be alleged is extraordinary and speaks to the erosion in trust in this SNP administration.”

Mr Swinney said the Government’s “sole motivation” was ensuring pupils’ wellbeing stressing the announcement was not related to Ms Sturgeon’s interference, adding: “There is precisely no connection between those two events,

“The government previously indicated that we would provide an update on the return to schooling on that particular Tuesday, that is precisely what we did, and we addressed the concerns about the wellbeing of children and young people in driving the decisions that we arrived at.”