The UK and European Union have repeatedly clashed over fishing rights, with the industry a totemic issue in Brexit negotiations before a deal was secured at the last minute on Christmas Eve. Boris Johnson has been attacked over the fishing deal secured with the European Union, but now it seems the tuna industry in Italy will soon face a huge blow.

Italian newspaper Corriere della Sera reported the UK’s exit from the bloc will “result in a new distribution of the catch quotas managed worldwide by ICCAT (International Commission for the Conservation of Atlantic Tunas).”

The ICCAT distributes quotas every year between EU and non-EU countries.

A meeting of Brussels ministers due to take place today and tomorrow is considering giving the UK a share to the detriment of the EU’s tuna quota.

The news has sparked fury in Italy, where lobby group Fedagripesca-Confcooperative is demanding that “the problem be addressed”. 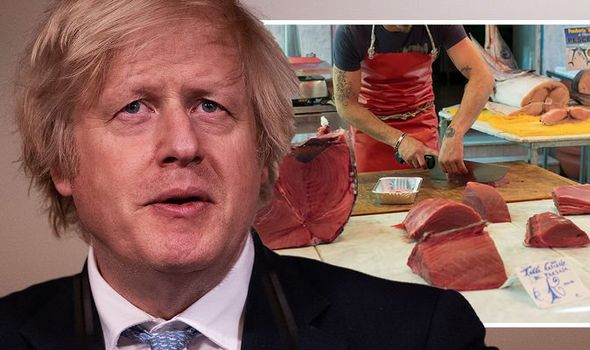 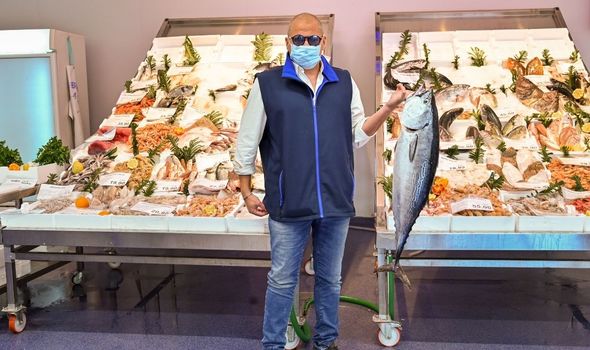 It said: “The hypothesis under consideration by the EU is to give Great Britain a share of 0.25 percent (of its overall catch) equal to about 90 tonnes.”

In a bid to stop the proposals from becoming law, it has called on Stefano Patuanelli – who heads Italy’s Department of Agricultural, Food and Forestry Policies – to fight for Brussels to reject the proposal.

And, with the key tuna fishing season beginning in May, it is keen to resolve the issue as soon as possible.

Italian producers are already focusing on a “Made in Italy” tuna brand that trades on “the quality of both fresh and processed products,” Fedagripesca-Confcooperative said. 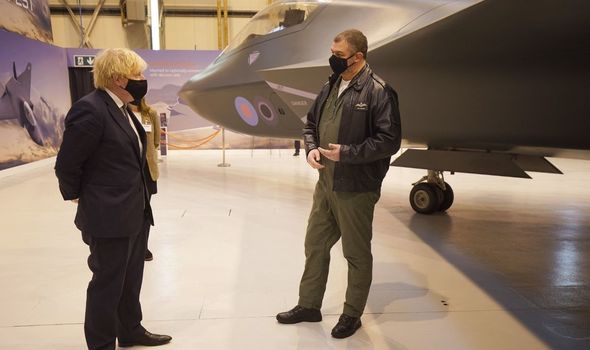 Fishing has long been a bone of contention in trade talks and even threatened to derail last year’s Brexit deal.

An 11th-hour agreement was struck, which resulted in changes to the fishing quotas enjoyed by European vessels in British waters.

This ensures that 25 percent of EU boats’ fishing rights in UK waters will be transferred to the British fleet over a period of five years.

After that, annual negotiations will decide how the catch is shared out between the UK and EU, and Britain would have the right to completely exclude EU boats after 2026. 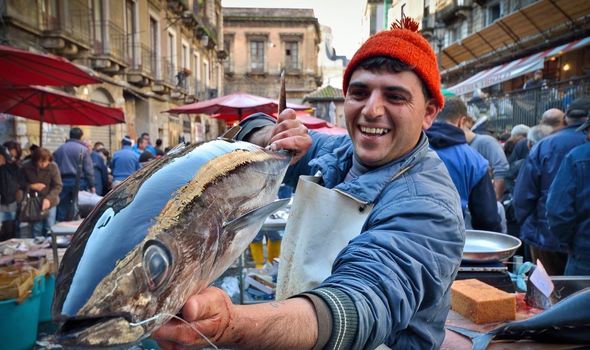 Many in Europe were relieved that an EU-UK trade deal was pushed over the line to avoid a no deal scenario, but some Danish fishermen remain furious with the current terms.

He said: “This is very serious. We expect fishermen to lose their livelihoods, and it will be a hard blow against Denmark and against North and West Jutland, where fishing plays a special role and is the lifeblood of many local communities.”

“This applies to our own members. And this applies to those who are employed in the follow-up industries around the fishing ports. 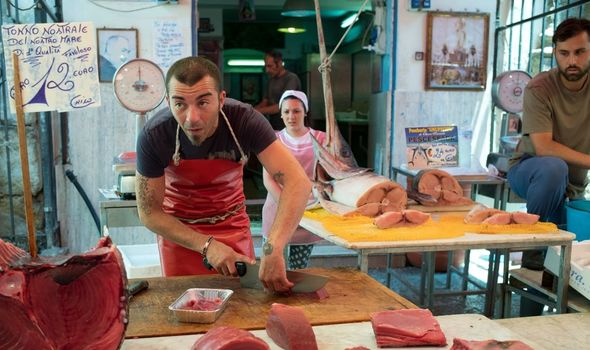 “It is very worrying that the bill for Brexit hits some fishermen harder than others. It seems that the consumer fishery will pay an unreasonably large share of the price for access, and it can be devastating for their business.”

Mr Erik-Andersen praised his Government for standing up for Danish fishermen, but warned they will need support to cope with the changes.

He concluded: “Even though we stand by the result we feared, the government should be praised for having fought for Danish fishing.