Sadiq Khan was compared to previous Labour London mayor Ken Livingston during a dressing down in parliament today. House leader Jacob Rees-Mogg quipped that “Red Ken has been replaced with Red Khan” as being the more left-wing London mayor over the introduction of a “commission on diversity in the public realm” to review how London landmarks can diversify. Mr Rees-Mogg slammed the team and stated it was down to local councils to decide street names and landmarks.

Andrew Rosindell, MP for Romford said in the Commons: “The Leader of the House will be aware that the mayor of London has announced the new task force for his ‘commission on diversity in the public realm’.

“And unsurprisingly it seems to be made up almost entirely of left-wing political activists, campaigners and celebrities instead of historians and experts.

“So does my right honourable friend share my concern about these unelected activists being given the power to interfere with London street names and monuments?

“And will he consider granting a debate in Government time on how we can defend our great capital city’s proud history and heritage?” 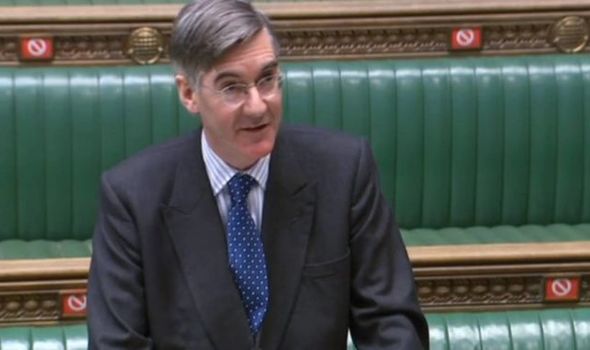 Mr Rees-Mogg replied: “I absolutely agree with my honourable friend.

“It seems to me that the Mayor of London has replaced Red Ken as Red Khan.

“Who would have thought that you’d have a more left-wing leader of London than Ken Livingstone? And now we do, and Red Khan is he.

“It is quite wrong that these loony left-wing wheezes should be inflicted upon our great metropolis, and I think the mayor in his zeal is potentially treading on the toes of councils anyway – that councils have the right to name streets, by and large, not the Mayor of London, and I don’t think he should interfere in things that aren’t his responsibility.

“As I was saying on the honours list, we should celebrate and glory in our wonderful history and in the great heroes of our nation going back over centuries.”

City Hall responded to the jibe insisting “the Mayor makes absolutely no apology” for setting up the Commission.