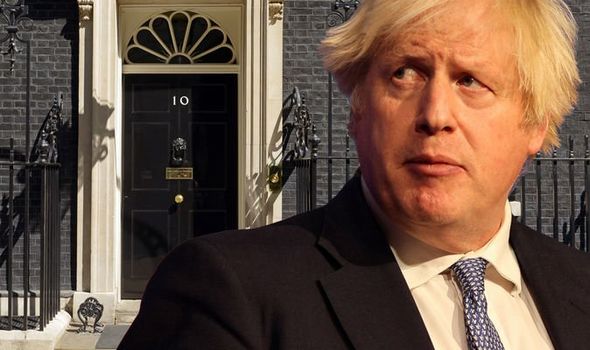 Mr Johnson is entering one of the most critical weeks of his premiership in which two key tests will reveal whether he is no longer able to command the loyalty and respect of Conservative MPs and voters. He is on course to be hit with the biggest rebellion yet on Tuesday when around 65 of his own MPs are expected to reject his Plan B measures to slow the spread of the Omricon variant amid alarm at the use of so-called vaccine passports.

On Thursday, voters in North Shropshire will elect the successor to Owen Paterson, who stood down controversy about his lobbying activities. Mr Paterson enjoyed a majority of nearly 23,000 so the loss of this iconic constituency would be a crushing blow for the PM.

A former minister described the by-election as the “key test” for Mr Johnson, whose leadership has been rocked by the Paterson debacle, allegations of parties during lockdown in Downing St, and the Conservative party being fined for failing to fully report a donation towards the refurbishment of his flat. There has also been rank and file frustration about tax policy and continuing illegal immigration.

A source on the 1922 committee of backbench MPs warned: “If things don’t change then at some point the Prime Minister will face a vote of confidence.”

The source said that MPs are “hacked off about the Covid restrictions and the hypocrisy of the Christmas parties,” adding: “On fiscal policy, the tax rises and big spending, the failure to protect traditional liberties are all a problem. Boris Johnson has never really appealed to the traditional Conservatives but now he is also losing support with the new red wall MPs and that’s a problem for him.”

The source stressed that North Shropshire is a “big deal” and while a win by any amount be “okay” a loss to the Lib Dems would be “very bad indeed”.

Liberal Democrat leader Sir Ed Davey said the by-election was an opportunity for voters to tell the PM the “party is over”.

He said: “I’ve spent many hours on the doorsteps in North Shropshire and it is clear just how badly Boris’ broken manifesto promises and dodgy cover-ups are going down.”

The Lib Dems say they have knocked on 34,000 doors during the campaign, and the party says UK polling it commissioned from Savanta Comres found that 46 percent of Tory voters think “Boris Johnson and his Conservative Party take me for granted”.

One MP feared the party was facing an “existential crisis” and wondered if it could be time to “lance the boil”. A key question is whether potential alternative leaders such as Chancellor Rishi Sunak or Foreign Secretary Liz Truss could appeal in the formerly Labour-held seats won by the Conservatives in 2019.

A former minister and loyalist said: “The problem for Boris goes back to the Owen Paterson saga. Once he u-turned on that he looked weak and the sharks got a taste for blood in the water.

“It also undermined personal loyalty to him [the Prime Minister] from MPs who felt that he would not keep to his word. He really is in trouble at the moment.”

The furore over lockdown drinking in Whitehall has taken a new twist, with the revelation that Treasury officials had “impromptu” drinks after working on the 2020 autumn spending review.

Jess Phillips, the Labour MP for Birmingham Yardley, said constituents who have voted Conservative were telling her they would not do so again. She said that instead of referring to the PM as “Boris” they now used the less familiar “Boris Johnson”.

The controversy around alleged parties in Downing St has heightened frustration about the prime minister’s choice of staff, with one MP calling for a clear-out, saying: “I want scalps.”

Other first-term MPs are adamant that Mr Johnson – who last week welcomed a new daughter into the world – has unique “everyman” appeal and the party should keep him in post and avoid panicking.

Bassetlaw Conservative MP Brendan Clarke-Smith said: “It’s a difficult period for us and the by-election will be tough, but I’m still hopeful we can win that. I remain the PM’s biggest supporter and strongly believe in him both at the ballot box and the agenda with Brexit, tackling illegal immigration and levelling up.

“That said, I do think he needs better people around him and has been let down.”

A sympathetic backbencher said: “On a very human level, the guy has a newborn and he looks absolutely knackered. Everyone is telling him to get and grip and he just needs a decent kip first.”

However, over the weekend more MPs have gone public with their opposition to rules to require people to show proof of vaccination or a negative Covid test to get into nightclubs and other large venues.

Former minister Sir John Hayes has added his name to the list of rebels.

He said: “I am fine with most of the restrictions but the Covid passports are a step too far. We are moving into the territory of telling people they have to have a medical procedure rather than leaving it to their own choice.”

Conservative MP Steve Baker, a leading member of the Covid Recovery Group of MPs, urged colleagues to show “maximum support” to ministers and junior aides who may quit in protest.

Christian Wakeford, a fellow Conservative MP who opposes the Covid pass plans, said: “Next we will be seeing you need it to go into your local pub or shop or to get on a train.”

He described the timing as “atrocious” and warned that the Government is “kicking the feet from beneath an entire industry that’s just about getting back to normality when it actually needed a chance to recover”.

The Bury South MP added: “It’s not fair, there’s no evidence to back it, and it’s just really, really damaging.”

Another Conservative MP warned that Boris Johnson was now presiding over a “pandemic of fear”, saying: “He’s a lovable clown but the country isn’t laughing anymore.”

Ashfield MP Lee Anderson, one of the Conservatives’ highest profile MP from the “red wall” of former Labour seats, will vote against the Covid pass and said it was time to “unleash Britain”.

He said: “As Boris always says, we have to unleash this country and it’s time [to] get back to normal.”

Mr Anderson added: “I don’t like voting against governments; I like to see a strong government with all the backbenchers behind it but this is a red line. This is my hill to die on.”