Nine out of 10 places with the most illegal dumping are Labour-run, says an analysis of Department for Environment records. London’s Camden council, in Labour leader Sir Keir Starmer’s seat of Holborn and St Pancras, tops the list of local authorities with 34,465 incidents in a year. The capital, run by Labour mayor Sadiq Khan, has the worst rate of English regions: more than 360,000 cases.

Leeds, Birmingham, Liverpool, Hounslow, Croydon, Haringey, Redbridge and Brent were all in the 10 worst areas in 2019-20.

The Conservatives say the figures show Labour has the wrong priorities. Amanda Milling, Tory party co-chairman, said: “While Labour politicians focus on things like renaming streets, it’s Conservative councils and councillors that are focused on local issues like keeping your streets clean and collecting your bins.” 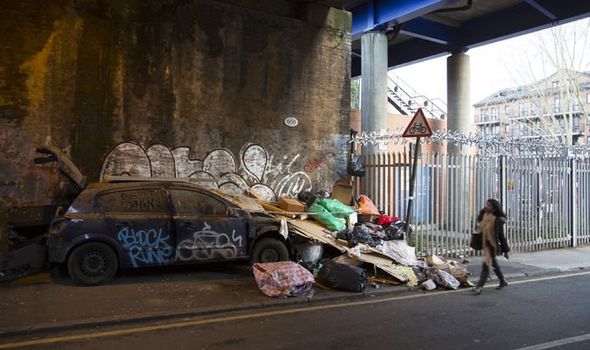 Fly-tipping has worsened over the last year, says analysis by the House of Commons. Councils reported a rise caused by cuts to refuse services in the pandemic.

The Government has asked local authorities to treat it as a “high” priority.