Liz Truss’ closing speech at the Conservative Party Conference was marred by Greenpeace activists who shouted and heckled the Prime Minister by holding a sign in the middle of conference hall. In her address to Tory MPs and delegates, the Prime Minister took aim at the “anti-growth coalition” who prevent her cabinet from achieving her tax cuts agenda and getting Britain’s economy back on track.

And her brilliant response to the Greenpeace protestors had Conservative MP Anna Firth praising her.

When asked about the Tory rebellion, MP Anna pushed the accusations aside, saying Liz Truss’ speech “was incredibly well received.”

“I thought she dealt with the protestors very well and showed that she can think on her feet.”

And her brilliant response to the Greenpeace protestors had Conservative MP Anna Firth praising her. 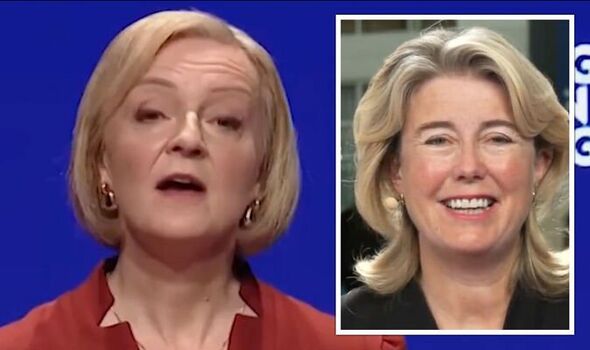 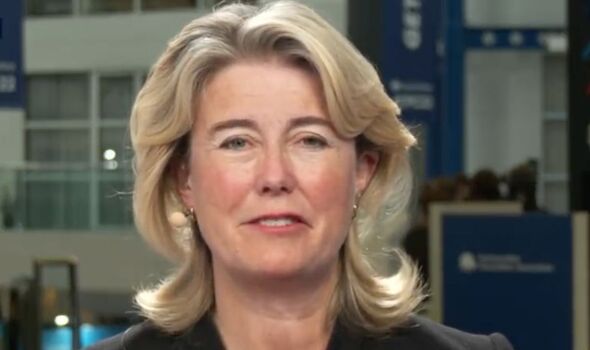 Ms Firth went on to commend the Prime Minister for making bold pledges and tackling the issues at hand.

“And we heard about the anti-growth coalition. And you saw the cabinet lined up in front of the stage.

“I thought one of the interesting things was the Prime Minister was very clear with the cabinet about the things that she wants them to deliver in the next two years. 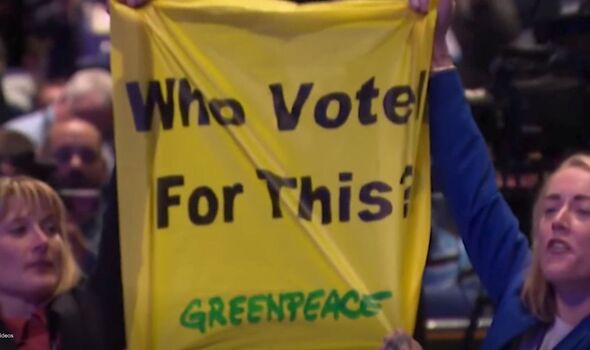 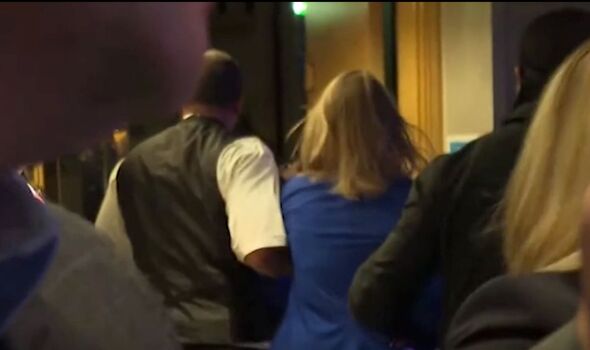 Only several minutes into her speech, the new Prime Minister faced two Greenpeace activists who had managed to smuggle in a banner questioning her policiesafter, with a second banner whipped out after a delegate snatched the first from their hands.

She was saying “I promise on entering Downing Street to act” when clamour could be heard in the audience, with some people applauding while others were booing.

Both activists, sat close to the front of the hall near Cabinet ministers, were seen holding a banner saying: “Who voted for this?” 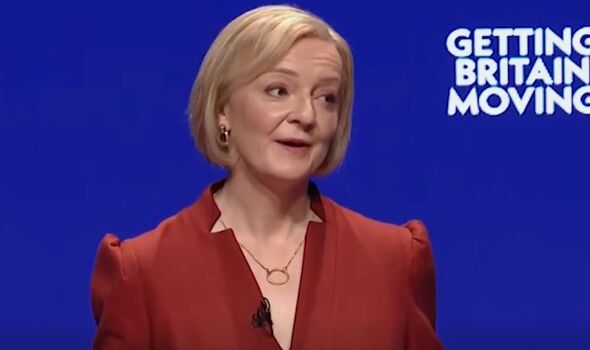 An unflappable Liz Truss stopped speaking and instructed security “Let’s get them removed” before both protestors were swiftly ejected from the International Convention Centre in Birmingham.

Once the demonstrators were out of the way, the Prime Minister said: “Later on in my speech, my friends, I am going to talk about the anti-growth coalition. But I think they arrived at the hall a bit too early” – leaving the audience erupting into laughter.

“I will not allow the anti-growth coalition to hold us back. Labour, the Lib Dems, the SNP, the militant unions, the vested interests dressed up as think tanks, the talking heads, the Brexit deniers, Extinction Rebellion and some of the people we had in the hall earlier.

“The fact is they prefer protesting to doing. They prefer talking on Twitter to taking tough decisions.”