Liz Truss vows to 'face down separatists' as she defends union

Liz Truss is said to have Labour chefs “terrified” over the message in her Tory conference speech. The former Foreign Secretary used her first conference speech as Prime Minister to shore up sort after what is fairly roundly agreed to have been a tumultuous first month in office.

Commentators have focused in recent days primarily on Tory in-fighting, with some even suggesting the new occupant of Number 10 could soon be shown the door.

But reports now suggest that her messaging could instead prompt worry in Labour’s halls of power.

The Prime Minister claimed the Tories face an “anti-growth coalition” formed of the Labour Party, the Liberal Democrats, trade unions and environmental and anti-Brexit campaigners. 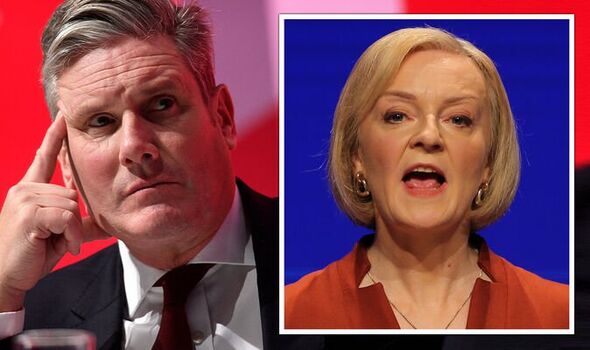 Her likely hope is that this messaging will, given the context of the cost-of-living crisis, prompt voters to back the Conservative Party – or, at the least, to not back Labour.

Writing in a post on Twitter, he quoted a former Labour strategist who said: “If the Tories can get their discipline back, ‘the anti-growth coalition’ is very good framing.”

READ MORE: Man rushed to hospital after falling from flat window in Liverpool

Writer John Brewin has also commented that the “good framing” would rely on “the Tories being able to grow an economy headed for recession”.

He added: “Good luck with Truss and [Chancellor Kwasi] Kwarteng pulling the levers.”