Conservative finalist Liz Truss could face an “accidental escalation” in Brexit talks with the EU, as the most conservative wing of the Conservative Party could push her to adopt an uncompromising stance, broadcaster Salma Shah said. Ms Truss has upped the ante with the EU by passing through Parliament the Northern Ireland Protocol Bill – a bill aimed at scrapping the Irish Sea border, which would flout the agreement negotiated with the EU and as a result, potentially provoke a trade war.

Asked which of Rishi Sunak and Liz Truss is more likely to trigger a trade war, Salma Shah placed her bet on Ms Truss.

Ms Shah said: “Liz Truss is in a difficult position having been Remain to try and prove Brexit credentials.

“And I think if the Northern Irish Protocol question does arise, it will be difficult – and I hope it isn’t and she can manage this if she is Prime Minister – it will be difficult to satisfy the right and the ERG and lots of the Brexiteers if they feel like she’s not pushing hard enough in the EU.

“So, I think there could be a potential accidental escalation under Liz,” Ms Shah said. 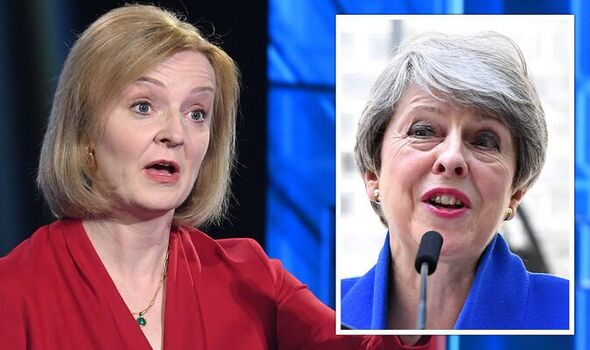 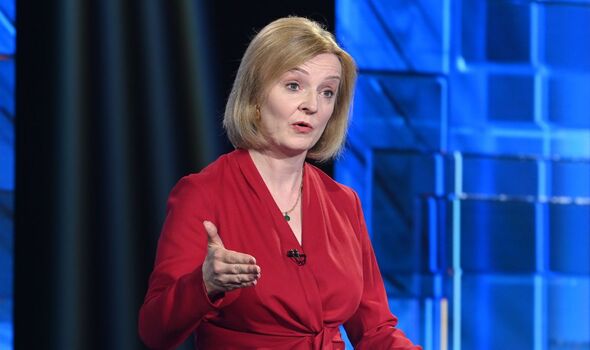 LBC’s host Iain Dale said: “Well, if that happens, I would have to laugh out loud that the sight of David Frost, Jacob Rees-Moggs and all of the ERG seeming to believe that Liz Truss has sort of got the Brexit sort of juiced, I just think is hilarious.”

Ms Shah said: “But this is the thing. I mean, I don’t know those people particularly well.

“So, I think it is a question of whether those people who apply an enormous amount of pressure on Theresa May when she was negotiating the Brexit deal are willing to compromise in a way that it hasn’t previously in Parliament.

“And I think that would be the weakness for Liz. I don’t either of them by design is going to lead to a trade war with the EU. But I can see a situation where one could escalate.” 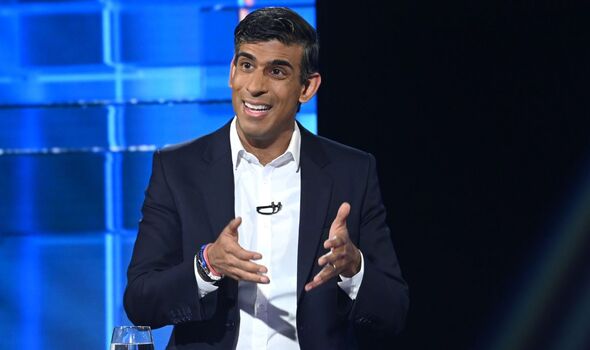 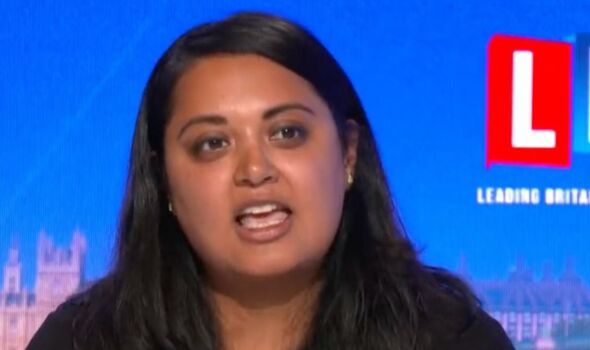 In her role as Foreign Secretary, Liz Truss has taken up the torch of Brexit from her five predecessors – David Davis, Dominic Raab, Steve Barclay, Olly Robbins, and David Frost – who all failed to address the remaining outstanding issues resulting from Brexit – notably the Northern Ireland Protocol.

The issue came back on top of the agenda in early May when the DUP party refused to take part in a coalition Government with Sinn Fein over the Irish Sea checks border. The unionists argue the border worsens the cost-of-living crisis in Northern Ireland and distances the province from Great Britain.

To broker the stalemate, Liz Truss put forward the Northern Ireland Protocol Bill, which would scrap the Irish Sea border and instead work with a green-red lane system. Goods travelling from Great Britain to Northern Ireland would go unchecked through the green lane whereas goods destined to the EU would go through the red lane and be checked.

However, the EU retaliated against the “illegal” bill by taking legal action against the UK in mid-June. If the UK Government fails to abide by the Protocol, the EU could ultimately take them to the Court of Justice of the European Union (CJEU).

DON’T MISS:
Rejoiners told to ‘get used to’ Brexit over plot to go back to EU [REVEAL]
Britons face hefty fines when driving in Europe without these items [REPORT]
Liz Truss finally admits backing Remain a mistake [REVEAL] 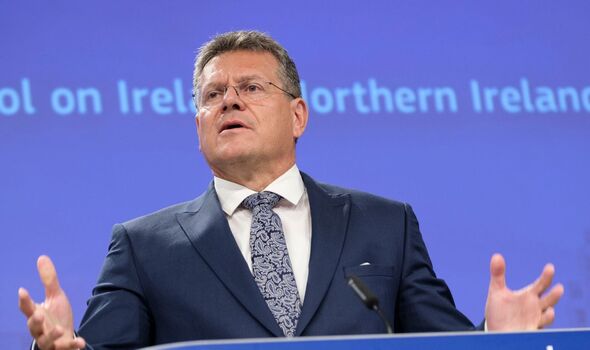 Dealing a massive blow to Liz Truss’ plans, EU Commissioner Maros Sefcovic said her Protocol would “not work” as it would “bury businesses under a mountain of bureaucracy” in Northern Ireland.

So far, the UK has shown no sign of interest in going back to the negotiating table.