The Home Secretary said landmark reforms, introduced in the Commons today, will also give officers more powers to protect the public. Serious sexual and violent offenders face longer behind bars under the changes and new court orders will boost attempts to crack down on knife crime. Ms Patel said: “I have always been clear about my commitment to our incredible police service – they are this country’s unsung heroes, the people who put their lives on the line to protect the rest of us.

“We are delivering on our promise to build back safer, by equipping police with the powers and tools they need to keep themselves and the public safe.”

The Police, Crime, Sentencing and Courts Bill will double to two years the sentence for criminals who assault police or other emergency workers.

It comes less than two years after PC Andrew Harper was dragged to his death behind a car while in the line of duty.

The bill will also enshrine in law a Police Covenant – a pledge to give extra support with their health and wellbeing to existing and former officers and their families. 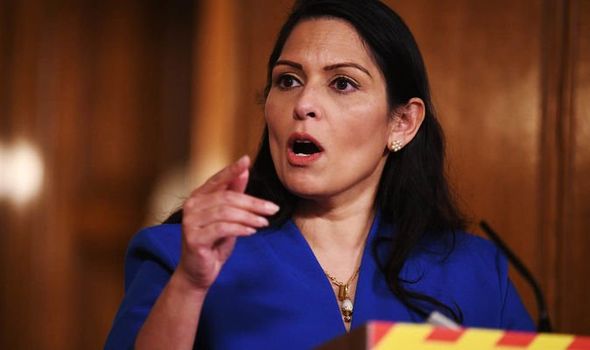 Changes will be made to police driving rules to give them greater protection in court if they are involved in a collision.

Police Federation chairman John Apter said: “This Bill contains a number of important changes that the Federation has been campaigning for over many years to give greater protection to police officers, recognising the unpredictable, dangerous and demanding job they do.”

Other reforms, which were first proposed in a White Paper last year, include expanding laws that stop adults in positions of trust from having sexual relationships with young people to include sports coaches and religious leaders.