WASHINGTON — The acting chief of the Capitol Police warned lawmakers on Thursday that extremist groups that carried out the Jan. 6 riot want to blow up the Capitol and kill lawmakers around President Biden’s first formal address to Congress, calling for security measures deployed after the deadly attack to remain for several more weeks.

“We have no intention of keeping the National Guard soldiers or that fencing any longer than what is actually needed,” the acting chief, Yogananda D. Pittman, told a House Appropriations subcommittee. “We know that members of the militia groups that were present on Jan. 6 have stated their desires that they want to blow up the Capitol and kill as many members as possible, with a direct nexus to the State of the Union.”

Extremist groups and militia members were among the hundreds of pro-Trump rioters who attacked the Capitol last month in an attempt to stop the certification of Mr. Biden’s victory and keep President Donald J. Trump in power. The violent rampage caused injuries to nearly 140 police officers and left five people dead.

Afterward, tens of thousands of National Guard troops were sent to the Capitol, which is now fortified on all sides with tall fences topped with razor wire.

Chief Pittman said the extremist groups still want to send a “symbolic message to the nation.” She added that the crowd of Trump supporters grew to more than 10,000 that day, and about 800 entered the Capitol building. Congressional leaders have yet to set a date for Mr. Biden’s speech to a joint session of the House and the Senate.

Yogananda D. Pittman, acting chief of the Capitol Police, told a House panel on Thursday that officers were unprepared for the scale of the Jan. 6 Capitol attack, and were uncertain of when to use lethal force.

The department was not ignorant of intelligence indicating an attack of the size and scale we encountered on the 6th. There was no such intelligence. Although we knew the likelihood for violence by extremists, no credible threat indicated that tens of thousands would attack the U.S. Capitol. The department also did not ignore intelligence that we had, which indicated an elevated risk of violence from extremist groups — to the contrary, we heightened our security posture. There’s evidence that some of those who stormed the Capitol were organized. But there’s also evidence that a large number were everyday Americans who took on a mob mentality because they were angry and desperate. It is the conduct of this latter group that the department was not prepared for. The department did face some operational challenges that we are addressing. For example, the Capitol lockdown was not properly executed. Some of the officers were unsure of when to use lethal force, our radio communications to officers were not as robust and we are ensuring that our incident command system protocols are adhered to going forward. And re-implementing training in those respective areas. We are addressing those operational challenges, but I want to make clear that these measures alone would not have stopped the threat we faced. To stop a mob of tens of thousands requires more than a police force, it requires physical infrastructure or a regiment of soldiers. 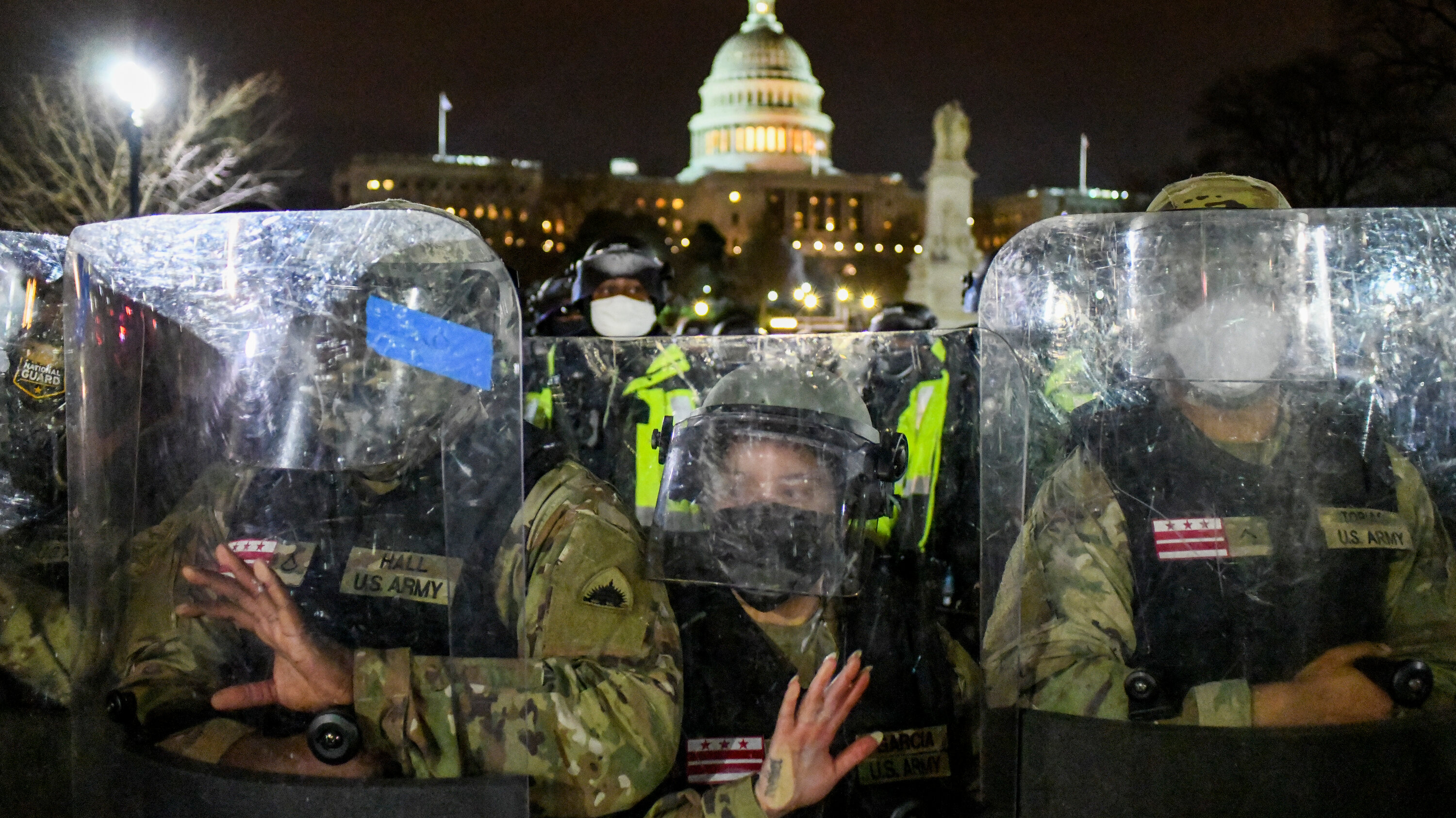 The increased security procedures put in place after the mob attack to protect lawmakers and staff members are costing taxpayers about $2 million a week, said Representative Jaime Herrera Beutler of Washington, the top Republican on the subcommittee.

Capitol officials have said the total cost of the attack and its security response is likely to exceed $30 million.

Some lawmakers have expressed concern about the security measures — particularly the fencing that has been erected around a several-block radius of the Capitol — which prevent the public from getting anywhere near the building sometimes known as “the people’s house.” Ms. Herrera Beutler said she wanted to “keep this institution as accessible to the public as possible.”

“Sacrificing the openness of this institution,” she said, “is not the only way to keep the Capitol secure.”

But Representative Tim Ryan, Democrat of Ohio and the chairman of the subcommittee, told reporters after the hearing that the warning from Chief Pittman showed that the fencing and the troop presence were needed for a while longer while an alternative security plan was developed.

Chief Pittman and Timothy P. Blodgett, the acting House sergeant-at-arms, also testified before the subcommittee about the failures that contributed to the Capitol riot and the steps they are taking to ensure that such an attack does not happen again.

Both took their posts after their predecessors resigned under pressure after the assault.

Chief Pittman detailed some operational failures that she said she had begun to address since taking over the Capitol Police, including training officers on lockdown procedures that were not properly executed during the rampage.

She also told the panel that officers on the force were uncertain about whether and when they should use lethal force during the attack.

There was one shooting during the violence: A Capitol Police lieutenant killed Ashli Babbitt, a pro-Trump rioter who stormed the Capitol as the mob was just steps away from members of the House.

Chief Pittman said officers defending the Capitol were authorized to use lethal force to save lives, but not to protect property. She said the agency would “implement significant training to refresh our officers as to the use of lethal force.”

Mr. Ryan called the lack of clear instructions to officers “really frustrating,” saying they had not been “told clearly what they can do to protect themselves.”

In another matter, Chief Pittman sided with her predecessor and former boss, Steven A. Sund, in a dispute with the former House sergeant-at-arms, Paul D. Irving, over how quickly Chief Sund had asked for the National Guard to be called in for support.

Mr. Irving has disputed Mr. Sund’s timeline of the events on Jan. 6 that indicated the former sergeant-at-arms had waited about a half-hour to contact congressional leaders about calling for the Guard.

After the hearing, Mr. Ryan also told reporters that the U.S. attorney’s office was investigating whether any members of Congress coordinated with the rioters, including digging into unverified allegations that unnamed lawmakers gave tours to members of the mob before the attack.