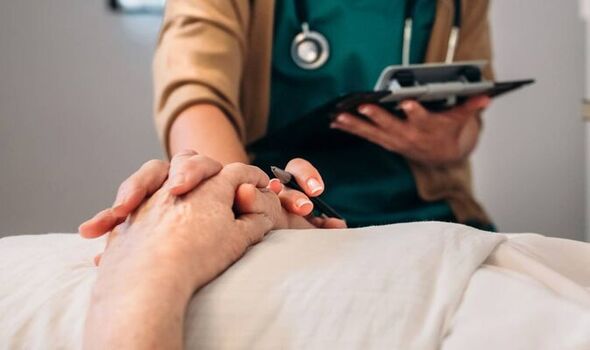 A proposed system to give terminally ill people the option to end their lives with medical help was backed by 81 per cent of Tory voters, 77 per cent of Labour supporters and 69 per cent of Lib Dems.

Some three-quarters of 2,230 adults who were surveyed by Savanta ComRes were in favour and eight per cent against.

Labour MP Paul Blomfield insists public support is stronger now than when the Commons rejected an Assisted Dying Bill by 330 votes to 118 in 2015.

He claimed Parliamentarians had been “behind the curve” but views were slowly shifting.

Mr Blomfield added: “We should be reflecting opinion properly.

“There are too many families who suffer distress, where family members facing terminal illness choose to take things into their own hands.

“Because of the current law, they cannot share that with their loved ones so they face a sad and lonely death before their time.”

The Daily Express Give Us Our Last Rights crusade is backing campaign group Dignity in Dying in its call to give terminally ill adults, who are of sound mind and have fewer than six months to live, the option of an assisted death.

Mr Blomfield added: “Many countries are moving in the direction of giving people the choice and we will get there I’m sure.

“If we are to avoid unnecessary suffering, the sooner the better.”

In 2015, a greater proportion of Tory MPs voted against the Bill than Labour MPs.

But our poll found that, of the three largest parties, support was highest with Conservative voters.

He said: “The truth is that overwhelmingly, as this polling shows, it is what my constituents would like for their loved ones and themselves – and I support that. We should be putting more money into end-of-life care but you can’t always relieve suffering.”

MPs will debate the issue today in the Commons after 155,000- plus people signed a petition.

She added: “We need a national debate. It’s clear from this poll the majority of people are in favour of a very narrow change to the law to allow people to have the choice.”