Nicola Sturgeon grilled by host on supporting EU 'when it works'

The First Minister added that she hopes Scotland will have access to at least 800,000 more vaccine doses by the end of January.

Ms Sturgeon said she is aiming for everyone over 50 and younger people with underlying health conditions in the devolved nation to receive their first dose by early May.

However, the First Minister’s rivals called her out on an apparent contradiction as the SNP’s health secretary said Scotland’s entire adult population would be vaccinated “by spring”.

George Galloway, a former MP and critic of the SNP party, blasted Ms Sturgeon for her “absurd” vaccine response. 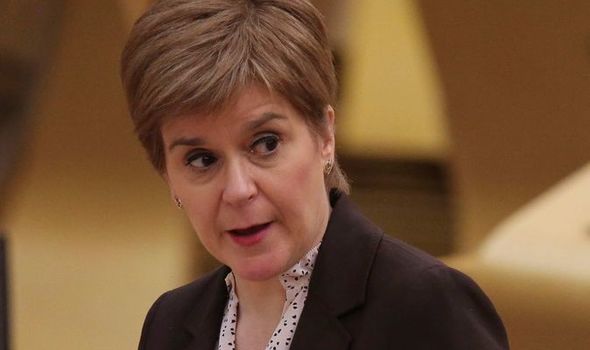 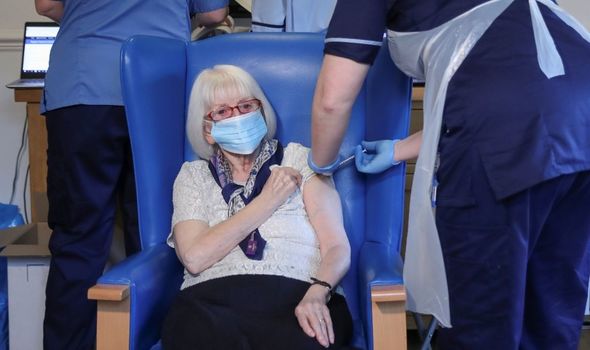 He called the situation in Scotland “farcical” as it continues to battle against the coronavirus.

“A British vaccine paid for with British money distributed by the British Army maladministered by a devolved administration syphoning resources to bring about the break-up of Britain. Farcical.”

On Tuesday, Prime Minister Boris Johnson also took a swipe at the SNP over the COVID-19 vaccine. 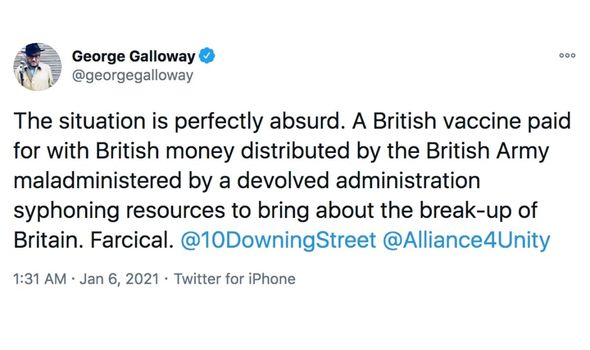 He claimed there would not have been a single dose in Scotland if it were up to Ms Sturgeon’s party.

Mr Johnson is understood to have criticised the SNP during a virtual meeting of the 1922 Committee of backbench Tory MPs.

Reports claim that one MP who attended the virtual meeting said: “Essentially, the point the prime minister was making is that the UK is a major country, we’ve got sufficient clout to get the vaccines rolled out. He did actually mention that we were ahead of the rest of Europe.

“He said if it were up to the SNP, then there wouldn’t have been a single vaccine delivered in Scotland. It was a UK effort, in other words, and needed the clout of a big government.” 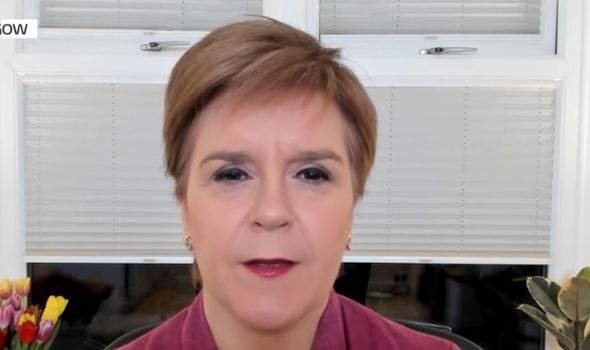 In response to Mr Johnson’s comments, the First Minister hit back on Thursday calling the prime minister “juvenile”.

During an interview on Good Morning Britain, Ms Sturgeon said it was “time for grown-ups to be in charge”.

GMB host Kate Garraway asked Ms Sturgeon: “What about vaccines, Boris Johnson made the comment that if it was left to you and the SNP, there wouldn’t be a vaccine, because it’s about the clout of the United Kingdom that has been able to deliver it.

“And to be fair compared to the EU, we have been able to deliver vaccines quickly. “

The First Minister responded: “Look, that’s a pretty juvenile comment at a time I think everybody wants to see grown-ups in charge of the response to Covid. 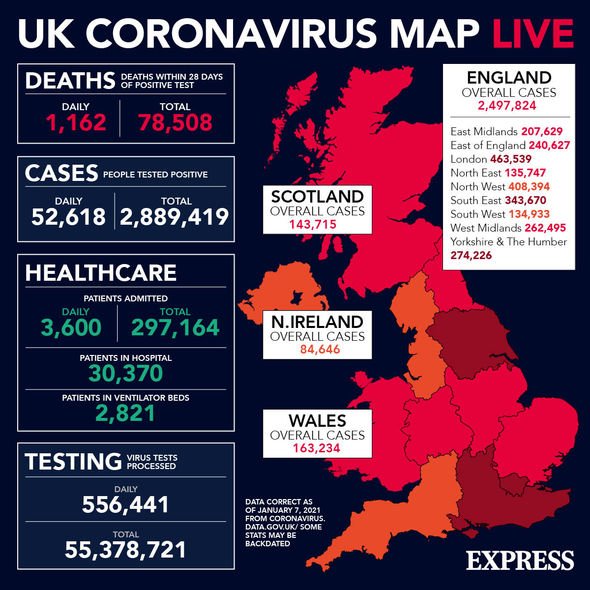 “What happens in the UK is the four nations, Scotland, England, Wales and Northern Ireland, we voluntarily agreed to procure vaccines together collectively.

“That does not mean that Scotland, if it chose to do it differently, could not procure vaccines, we are being sensible and grown up about it and choosing to do it this way because it makes sense.”

Ms Garraway then asked: “I suppose his point is that you’re for a Union when it works for you and not necessarily at all times. I guess that’s the point he’s making, isn’t it?”

Ms Sturgeon replied by saying that “when Scotland is independent, as I think it will be, there are certain things it will still make sense to come together to do”.

She added: “That’s how the modern interconnected internationalist world works. We should be trying to cooperate and work together.”