Brexit: Farage warns UK may have ‘missed the boat’ for US deal

Nigel Farage said Donald Trump had expressed his keenness to strike a trade deal with the UK during a conversation they had in 2016. However, Mr Farage warned the EU could “put pressure” on Joe Biden and stir him away from trade negotiations with Britain. The staunch Brexiteer also discussed the returning issue of Winston Churchill’s bust in the White House how angry he was over its alleged removal from the Oval Office.

Speaking on BBC Radio 2 host Jeremy Vine asked: “Looking at Brexit now and looking at the USA, and the fact that we haven’t got our trade deal with the USA yet, are you hopeful or not?”

Mr Farage replied: “You know in November 2016, Donald Trump said as soon as you get Brexit done we’re gonna have a great trade deal he wanted to do a trade deal with us, he really wanted to do this.

“And it hasn’t happened. The problem is it will be very difficult, I think, given the pressure the EU will put on Biden, for us to do that deal.”

“I rather fear we may have missed the boat.” 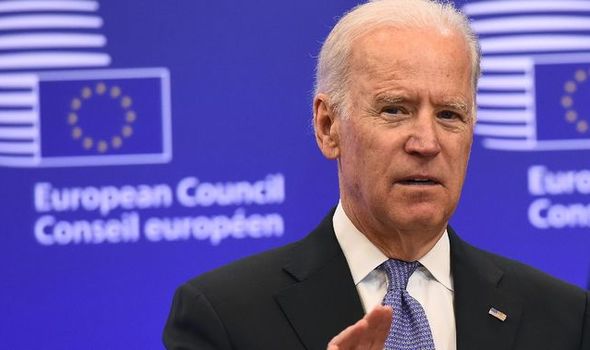 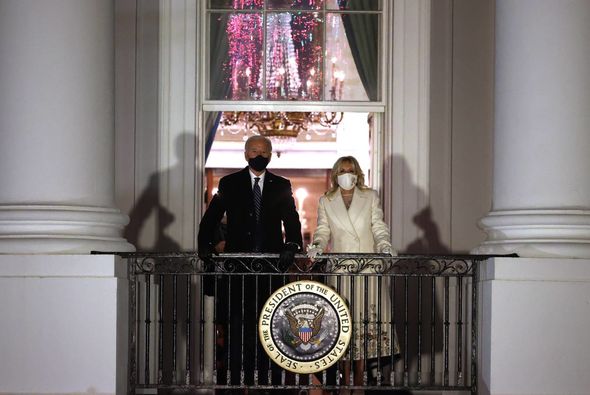 Trade talks did not materialise into anything productive for the two countries despite an eagerness from both sides to strike a deal.

Tariffs on Scotch whisky and bourbon were poised to be some of the first goods under scrutiny for a potential new arrangement but tariffs remain in place.

The UK will have to see in the upcoming weeks whether President Joe Biden will continue trade talks and strike a deal.

Joe Biden may not be ‘great friend’ to UK claims Farage 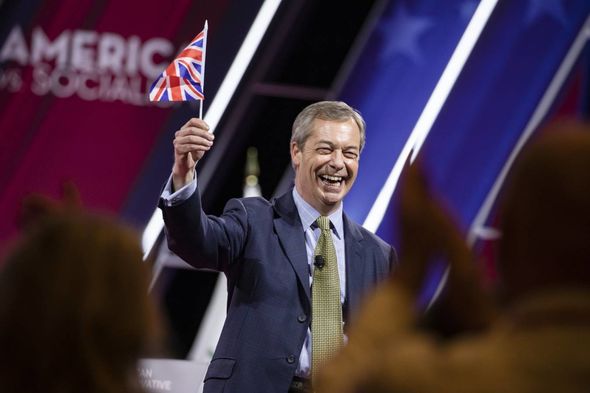 Jeremy Vine said to the British politician: “I know you’re hung up on this Winston Churchill bust, it might be better if someone just lost it because it causes so much trouble…”

Mr Vine said in response: “No, I’m not cancelling you, but you’ve spent eight years complaining that Obama had taken it out and I’ve never been sure whether he did or not…”

The Reform Party leader said: “He did! And funnily enough, I spoke to Trump three days after that election in 2016. 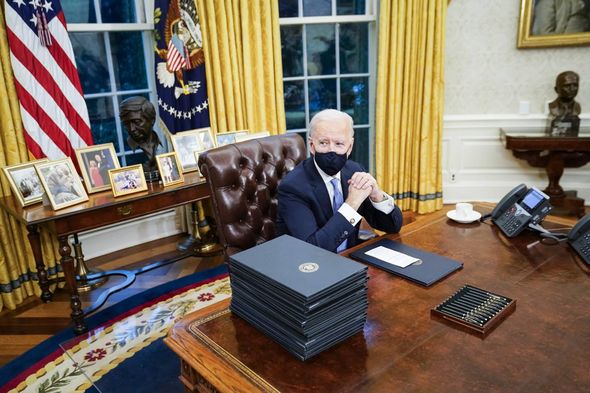 “I asked him would he put the Churchill bust back into the Oval Office as a symbol of how he felt about the United Kingdom.

“And how he felt about the things over the last hundred years our countries have done together, and he put it back there the first day.”

Pictures of the Oval Office on Mr Biden’s Inauguration Day show a redecorated room with new features but eagle-eyed observers noted the infamous Churchill bust missing from the office.

The Jacob Epstein-made bust of the war-time Prime Minister was gifted to George W Bush by Tony Blair.

The newly installed US President’s re-designed Oval Office “does not have the bust on display”, according to the Washington Post.

The outlet was given an advanced tour of the new President’s office.

Instead, Mr Biden has decorated the Oval Office with busts of Martin Luther King Jr, Robert Kennedy, Rosa Parks, Eleanor Roosevelt and Cesar Chavez among others.