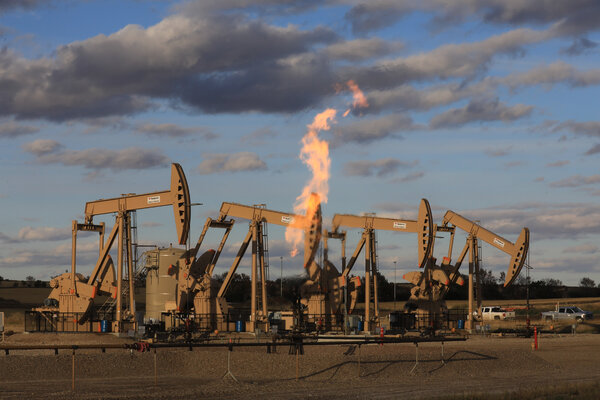 The State of North Dakota has sued the Biden administration for suspending new oil and gas leases on federal lands and waters, claiming it will cost the state almost $5 billion in lost revenue and keep more than half a billion barrels of oil in the ground.

President Biden ordered the suspension days after taking office as part of his climate change agenda — but the move was blocked in federal court in June, allowing states to proceed with new leases.

North Dakota joins 14 other states with Republican attorneys general who have filed lawsuits over the moratorium on new leases.

The Department of the Interior, the federal agency that oversees oil and gas leases, declined to comment.

In the lawsuit, filed Wednesday in United States District Court for the District of North Dakota, the state called the moratorium unlawful, saying that the Interior Department overstepped its authority in suspending the sale of leases.

It also claimed that the suspension of two lease sales in North Dakota originally scheduled in March and June have already cost the state tens of millions in lost revenue.

North Dakota is the second largest producer of oil and gas in the United States, and more than half of the state government’s revenue comes from oil and gas taxes.

“These significant harms to North Dakota will increase rapidly,” the suit said, as the federal government’s “unlawful moratorium is allowed to continue.”

If the moratorium were to continue in the next year, the suit added, leases of almost 150,000 acres of land in North Dakota would be blocked, preventing the construction of more than 1,000 oil and gas wells and the extraction of 555 million barrels of oil. The estimated total loss of revenue is $4.77 billion.

“I have taken this action to protect North Dakota’s economy, the jobs of our hard-working citizens, and North Dakota’s rights to control its own natural resources” Wayne Stenehjem, the North Dakota attorney general, said in a statement.