WASHINGTON (Reuters) – Shortly before Manhattan’s top federal prosecutor Geoffrey Berman was forced out of his post on Friday, he refused to sign off on a letter from the U.S. Department of Justice blasting New York City’s mayor for imposing social-distancing rules on religious gatherings, a department official confirmed on Monday. 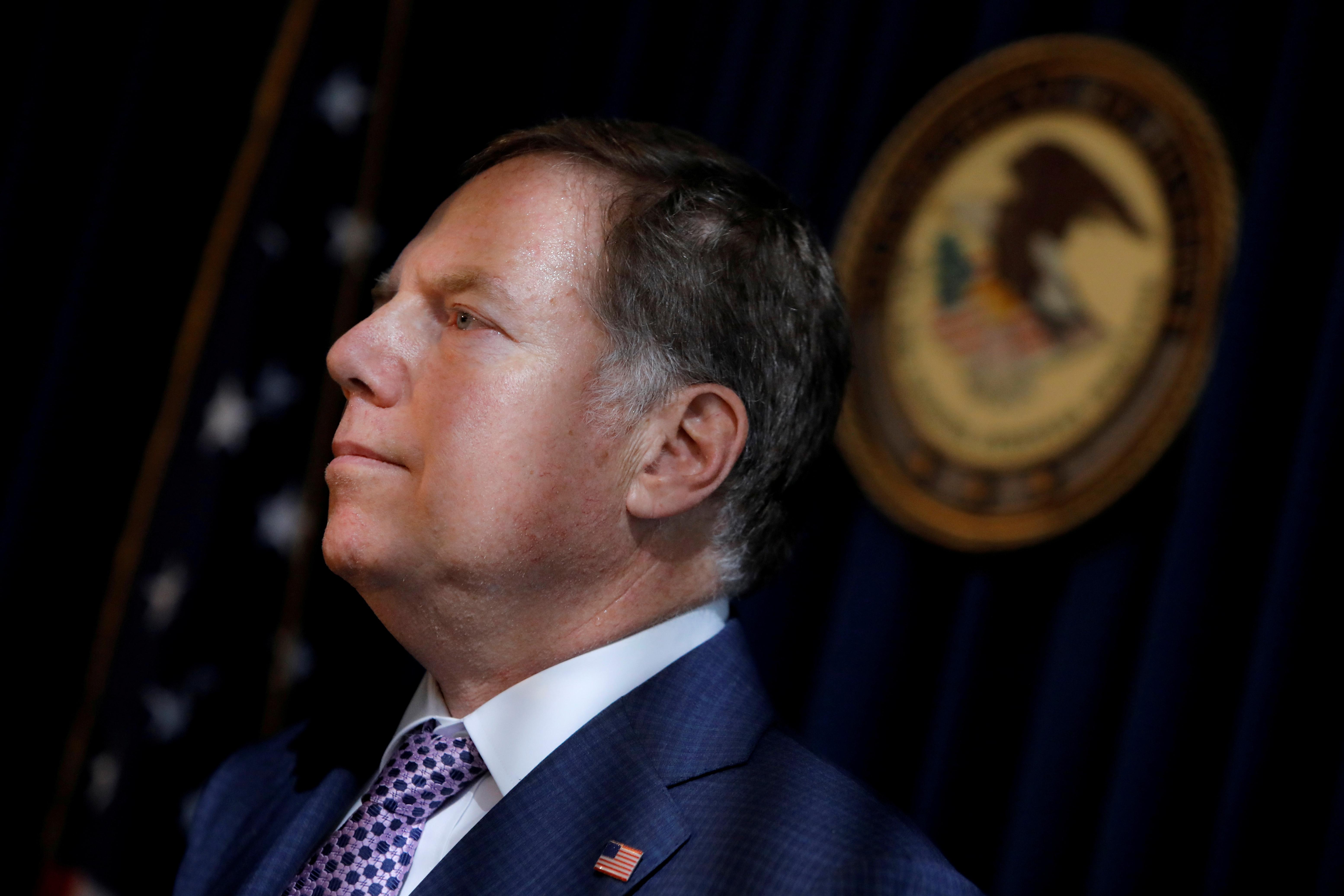 The letter, which was signed by the department’s top civil rights attorney, criticized Mayor Bill de Blasio for limiting the number of people who could attend religious gatherings to prevent coronavirus spread, but failing to impose similar restrictions on individuals protesting the death of George Floyd.

The Wall Street Journal first reported Berman’s refusal to sign the letter, citing his concern the letter was a political stunt.

A spokesman for the U.S. Attorney’s Office for the Southern District of New York declined to comment.

U.S. Attorney General William Barr announced on Friday that Berman would be resigning next month as U.S. Attorney for the Southern District of New York to pave the way for the appointment of Jay Clayton, who is currently chair of the U.S. Securities and Exchange Commission.

Berman refused to step down, only to have U.S. President Donald Trump fire him on Saturday.

Berman’s office, which is known for its high-profile prosecutions of terrorists and white collar criminals, has not shied away from probing people in Trump’s inner circle.

Justice Department spokeswoman Kerri Kupec said Barr did not realize Berman had not signed the letter to de Blasio before he announced Berman’s resignation.

Berman ultimately agreed to resign after Barr pledged to install Berman’s hand-picked No. 2, Deputy U.S. Attorney Audrey Strauss, as Acting U.S. Attorney until a permanent replacement is put in place.