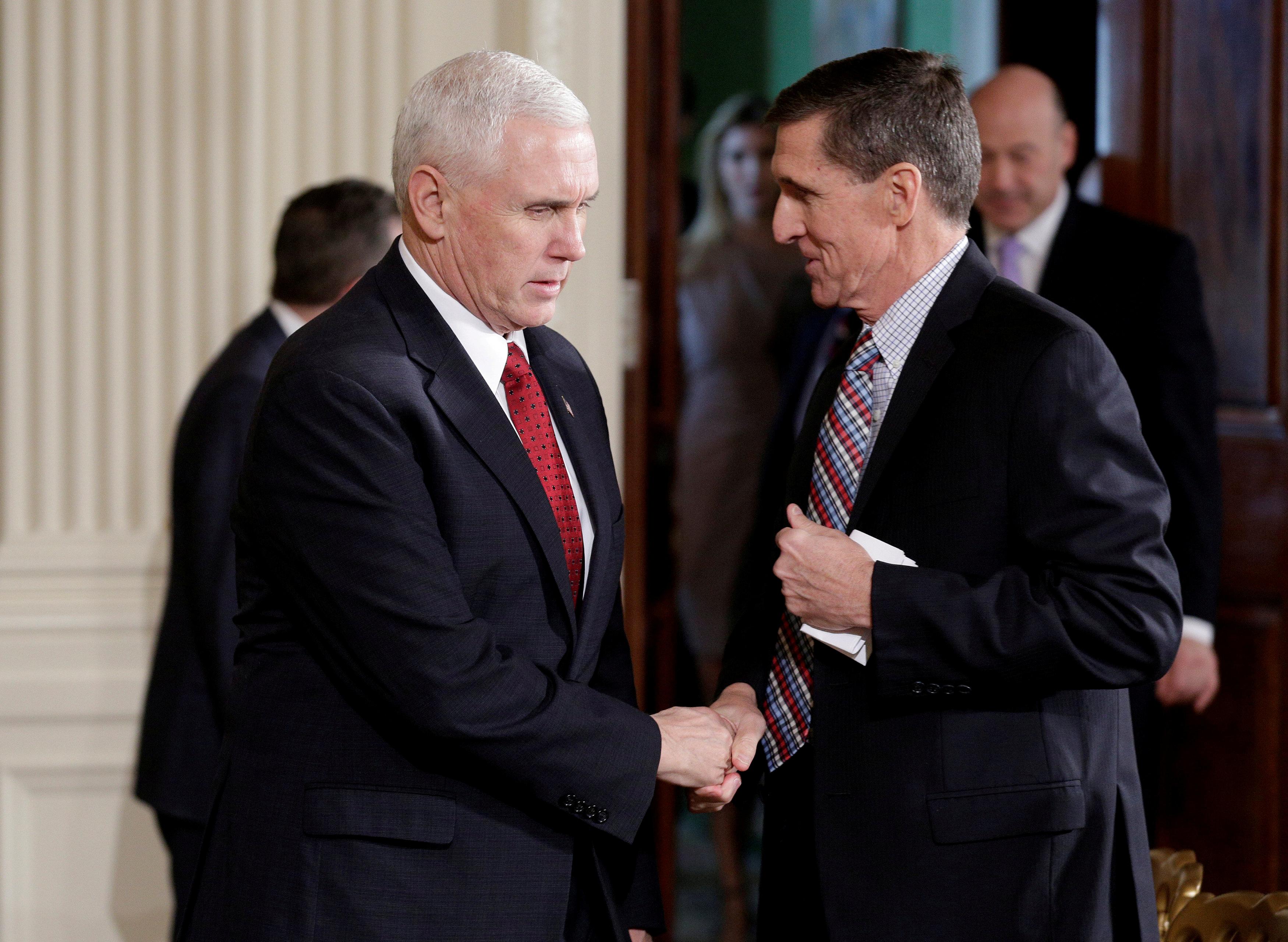 In an interview with online news site Axios, Pence was asked if he would like Flynn to return to work for President Donald Trump. “For my part, I’d be happy to see Michael Flynn again,” Pence said, and defended the department’s action. (bit.ly/2LdHp1u)

Flynn pleaded guilty to lying to federal investigators more than two years ago. In 2017, Trump said he had fired Flynn for misleading Pence about his dealings with Russia’s U.S. ambassador Sergey Kislyak in the weeks before Trump took office.

Pence’s statement could help pave the way for Flynn, a retired Army lieutenant general and 2016 Trump campaign adviser, to return to the president’s orbit if the courts grant the department’s request.

On Thursday, the Justice Department asked a judge to drop criminal charges against Flynn amid mounting pressure from the Republican president and his political allies, sparking criticism from Democrats and others who accused Attorney General William Barr of improperly protecting Trump’s friends and associates.

It is unclear how the federal judge handling the case will proceed.

Flynn’s lawyer Sidney Powell told Fox News in an interview on Sunday she expected U.S. District Judge Emmet Sullivan in Washington to sign off on the department’s request this week.

Last month, Trump told reporters he might rehire Flynn and would weigh Pence’s comments on the matter, and on Sunday re-aired his grievances with a slew of related retweets.

Critics have accused Trump of becoming emboldened after his February acquittal in his Senate impeachment trial to interfere in cases involving people close to him. Democratic lawmakers have also called on the department’s internal watchdog to investigate the Flynn matter.