Home » Politics » PM will fight and win next election: Backing for Boris as police probe partygate 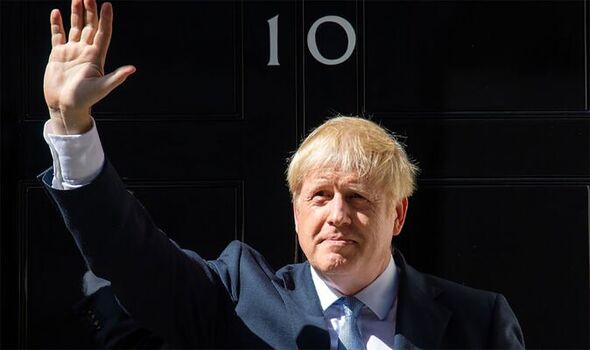 The Prime Minister has to complete by Friday a legal questionnaire from Scotland Yard giving his account of allegations of parties at No10.

He is expected to consult a personal lawyer when responding.

The PM is already said to have banned impromptu socialising in the Downing Street garden following the uproar.

A “residents only” order has been imposed on the area, which means only his family and that of Chancellor Rishi Sunak can use it.

He added: “I think this Prime Minister is doing things for our country, he’s got the big decisions right.

“I think he will fight and he will win as a result of the next general election.”

The Cabinet minister said the PM is concentrating on “those issues that matter to people” across the UK. “This is a Prime Minister who will go on and fight successfully at the next election,” he added.

Metropolitan Police officers have sent 50 people linked to Downing Street questionnaires about parties and will use their responses as part of their investigation into a string of claims.

But the Met’s decision to use a questionnaire was described as “weird” by Dr Nick McKerrell, a senior law lecturer at Glasgow Caledonian University. He claimed the papers could be left blank.

He said: “You and I, we have human rights in that context of the rate of fair trial and the right to legal representation, even when being questioned.

“So to do a questionnaire is quite weird because you don’t have that interaction in the same way. Theoretically, you could get no information from the questionnaire, because one of the rights you’ve got when questioned by the police is the right to remain silent.

“So you could return a blank form, I think in a criminal investigation, and it would have weight behind it.”

Fifteen Conservative MPs have publicly called for Mr Johnson to quit but the exact number of those who have submitted letters of no confidence is known only to Sir Graham Brady, chair of the 1922 Committee of Conservative backbenchers.

Tories are now waiting to see if Mr Johnson is given a fixed-penalty notice for breaking lockdown rules before deciding whether to force a confidence vote.

The PM insisted he will use Parliament’s half-term break to “get out of London” and show what the Government is doing to improve people’s lives.

He wants to take the message out to the public that the Government is getting on with the job of uniting and levelling up the nation.

He will visit an oncology centre tackling coronavirus backlogs in the North-west and will also head to Scotland after striking a landmark deal with the Holyrood government to create two Green Freeports. The tax-free trade zones will have net-zero targets and are expected to be up and running next spring.

The Government has committed funding of up to £52million for the Scottish special customs zones, where goods can be imported, stored, and exported without tariffs being imposed.

Levelling Up Secretary Michael Gove said the announcement was a “truly exciting moment for Scotland”.

He said: “Green Freeports help inject billions into the local economy, while levelling-up by creating jobs for local people, and opportunities for people all over the UK to flourish.”