Dominic Cummings says Matt Hancock ‘should have been fired’

Vote in our poll on whether Mr Hancock should step down following Mr Cummings’ claims. And let us know more about what you think in the comments section below.

Our poll comes as the Prime Minister’s former chief adviser has lashed out at the Health Secretary as he gives evidence to a joint inquiry of the Commons Health and Social Care and Science and Technology Committees.

Mr Cummings claimed he told Boris Johnson that Mr Hancock should be fired over coronavirus failings.

Mr Johnson’s former adviser insisted there were around 20 reasons the Health Secretary – whose department he has previously described as a “smoking ruin” – should have been given the sack.

He told MPs: “I think the Secretary of State for Health should’ve been fired for at least 15, 20 things, including lying to everybody on multiple occasions in meeting after meeting in the Cabinet room and publicly.

“There’s no doubt at all that many senior people performed far, far disastrously below the standards which the country has a right to expect.

“I think the Secretary of State for Health is certainly one of those people.

“I said repeatedly to the Prime Minister that he should be fired, so did the Cabinet Secretary, so did many other senior people.” 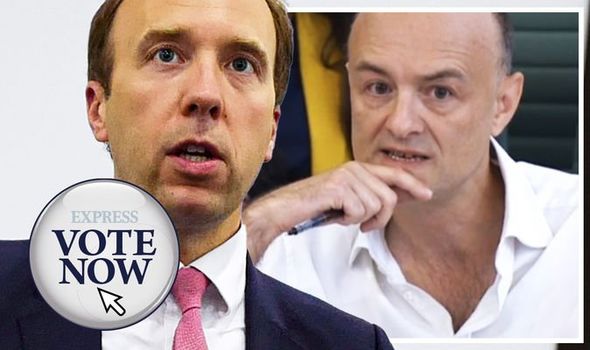 Downing Street did not deny that Mr Johnson considered sacking Mr Hancock in April last year but insisted the Prime Minister has confidence in the Health Secretary now.

Mr Cummings also accused Mr Hancock of “criminal, disgraceful behaviour” by interfering with the NHS test and trace system to hit his “stupid” 100,000 daily target while Mr Johnson was in hospital with coronavirus.

The Prime Minister’s former adviser said: “In my opinion, disastrously, the Secretary of State had made, while the Prime Minister was on his near-death bed, his pledge to do 100,000 by the end of April.

“This was an incredibly stupid thing to do because we already had that goal internally. 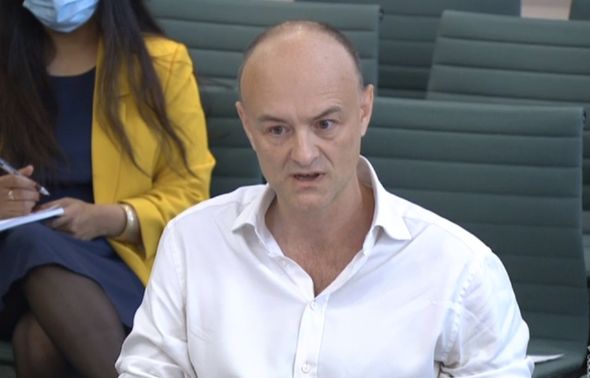 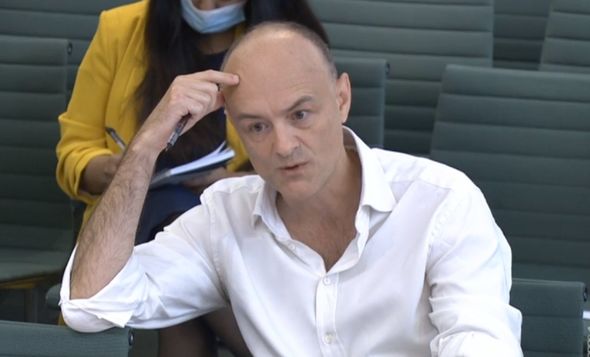 “What then happened, when I came back around the 13th (of April) was I started getting calls, and No 10 were getting calls, saying Hancock is interfering with the building of the test and trace system, because he’s telling everybody what to do to maximise his chances of hitting his stupid target by the end of the month.

“We had half the Government with me in No 10 calling around frantically saying do not do what Hancock says, build the thing properly for the medium term.

“And we had Hancock calling them all saying, down tools on this, do this, hold tests back so I can hit my target.

“In my opinion, he should’ve been fired for that thing alone, and that itself meant the whole of April was hugely disrupted by different parts of Whitehall fundamentally trying to operate in different ways completely, because Hancock wanted to be able to go on TV and say ‘look at me and my 100K target’. 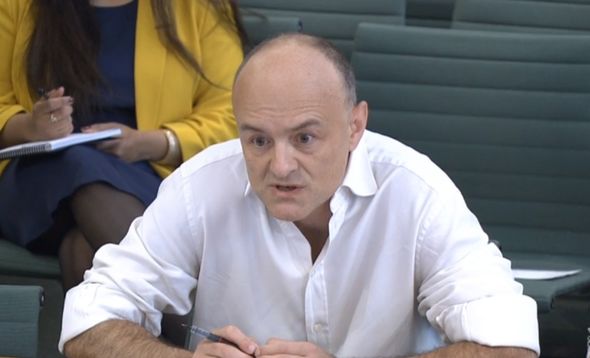 “It was criminal, disgraceful behaviour that caused serious harm.”

Mr Cummings claimed he warned the Prime Minister that “if we don’t fire the Secretary of State and we don’t get the testing in someone else’s hands, we are going to kill people and it will be a catastrophe”.

Mr Hancock’s behaviour over coronavirus testing was why a new agency was set up to handle it, he claimed.

Mr Cummings said: “That was one of the reasons why the Cabinet Secretary and I agreed that we had to essentially take testing away from Hancock and put it in a separate agency.

“There was all this bureaucratic infighting in April, and remember the Prime Minister wasn’t back then either, Dominic Raab was doing a brilliant job chairing the meetings, but this was a huge call and very difficult for him to basically start carving up the Department of Health in April.

“So, essentially, we never really got to grips with it until the Prime Minister was back in the office, and the Cabinet Secretary and I could say to him ‘we’ve got to do the track and trace thing in a completely different way’.”

Mr Cummings said: “He came close to removing him in April but just fundamentally wouldn’t do it.

“It wasn’t just me saying this, lots of people said to him, the Cabinet Secretary said to him, pretty much every senior person around Number 10 said told him that we can’t go into the autumn with the same system in place, otherwise we are going to have a catastrophe on our hands.”