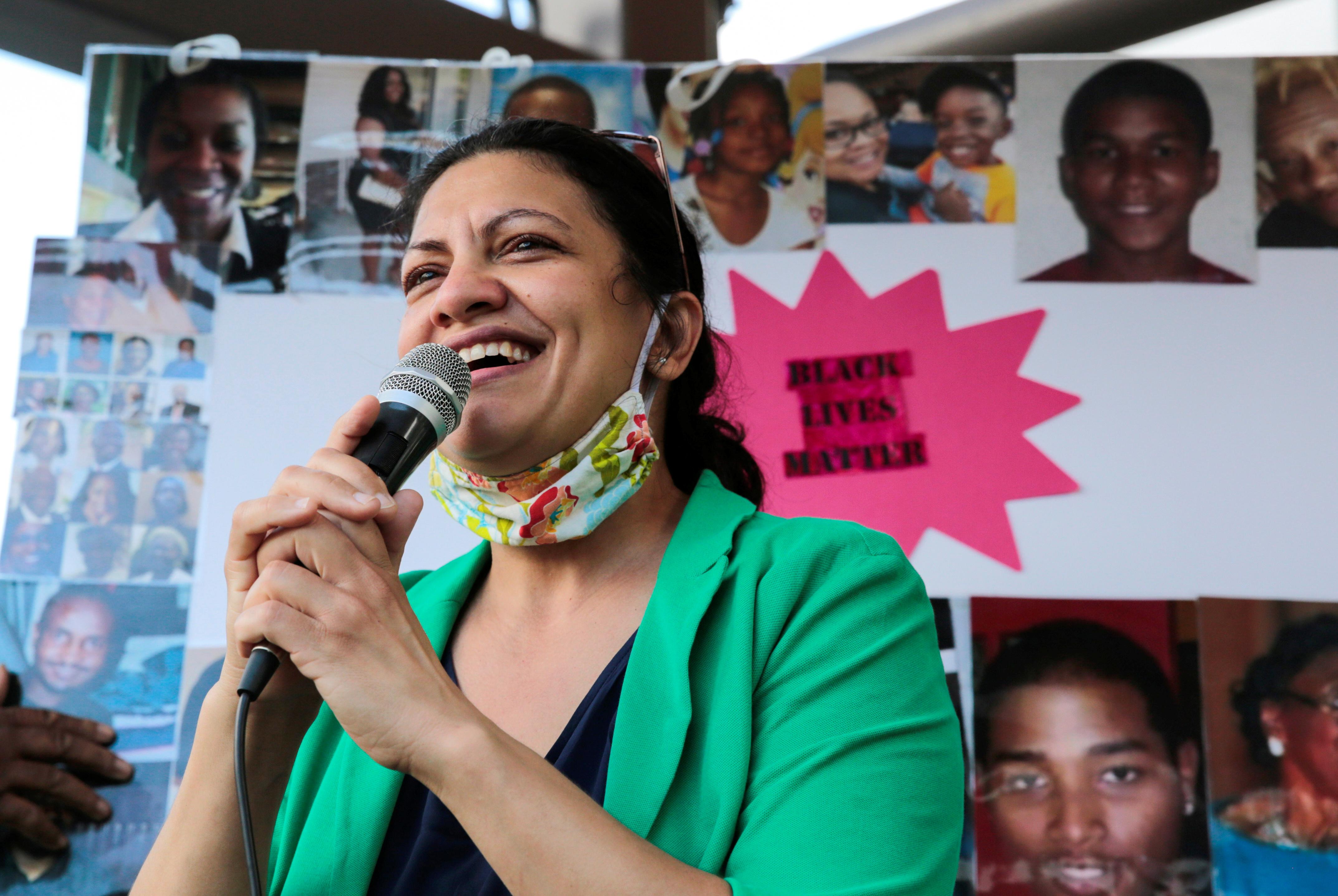 County elections results showed Tlaib with 63,650 votes to Jones’ 32,582 with 89.9% of precincts reporting in the nomination contest.

Tlaib, a member of the “Squad” of four progressive congresswomen first elected in 2018, has so far declined to endorse the party’s presumptive nominee, former Vice President Joe Biden, for his November face-off with Republican President Donald Trump.

“Voters sent a clear message that they’re done waiting for transformative change, that they want an unapologetic fighter who will take on the status quo and win,” Tlaib said in a statement.

The race for the district, which contains Detroit and some of its suburbs, had been a rematch of a close 2018 election that Jones lost by fewer than 1,000 votes.

Tlaib, 44, born to Palestinian immigrants, was one of the first two Muslim women elected to Congress.

Tlaib had a fundraising and polling edge over Jones going into the election. But Jones, 60, a prominent politician in the predominantly Black city of Detroit who has endorsed Biden, had the backing of numerous local leaders and the state’s Democratic Black caucus.

The primary had been seen as a test of whether the Democratic contender for the House seat would stay with the more progressive side of the party or steer closer to its political center.

U.S. Senator Bernie Sanders, whose presidential candidacy Tlaib endorsed, congratulated her on Twitter, writing, “More than ever, America needs your leadership to take on the greed and corruption of the economic establishment.”