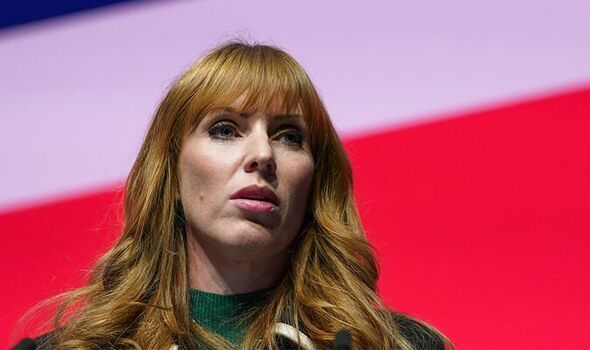 Angela Rayner echoed a speech by Gordon Brown as she claimed Labour was “ready to govern”.

The Deputy Labour leader reeled off the achievements of previous Labour Governments in a bid to present Sir Keir as a credible choice for Prime Minister.

The speech copied a tactic used by Gordon Brown in 2009 when he was in No10 as frantically struggling to win the backing of voters.

Defending Labour’s record in office, she said: “When the Tories deliver one percent of what they promised, they talk endlessly about that one percent and we never hear about the list of broken promises.

“When we deliver 99 percent of what we promised, we talk endlessly about the once percent we didn’t instead.

“Just think about the historic Labour Governments and their legacy.

“They didn’t please all of our movement all of the time, including me.

“But those Labour Governments made history.”

Addressing members at the party’s annual conference in Liverpool, the Ashton-under-Lyne MP sought present Labour as a government in waiting.

She claimed that over the past four days the party had a “plan for Britain”.