The Rejoin EU Party was established in January 2020, just after Boris Johnson was elected Prime Minister in the Tory leadership contest in 2019. It has stood candidates in the Mayor of London election, and has plans to work in a similar way to UKIP by forcing Westminster to accept that rejoining the EU could be part of Britain’s future.

Andy Smith, 55, Chairman of the Rejoin EU Party, was elected as a Parish Councillor at Goring on Thames Parish Council on July 14.

He was elected alongside two other candidates, in a race where three seats were up for grabs in total.

While he accepted that his victory is a humble beginning to political power, Mr Smith explained that the win is a clear sign that many people in Britain are still in favour of EU membership.

He told Express.co.uk: “We wanted to see how the Rejoin EU Party’s brand would play out in an area that is slightly in favour of the Remain campaign, I wanted us to be clearly on the ballot. The victory has given us a real boost. 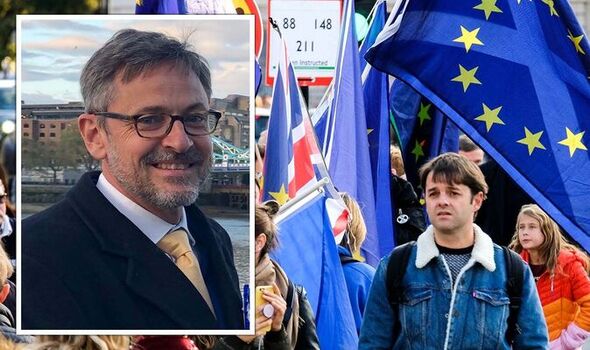 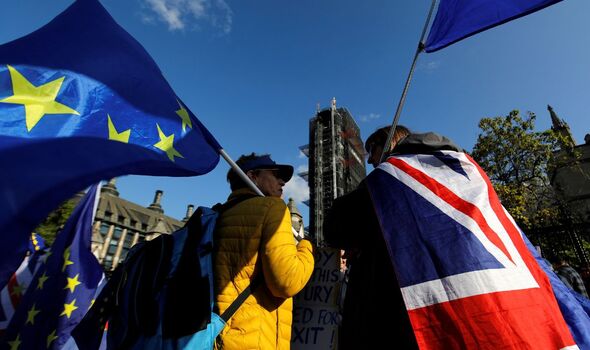 “I got about 44 percent of the vote, which indicates that rejoining the EU is not a poisoned chalice, in fact it can attract a large percentage of the electorate.

“We have had a particularly successful victory with the election result, and it shows that rejoining the EU is a powerful message.”

The Rejoin EU Party’s goal is simple: to reverse Brexit and win back Britain’s EU star.

When the next general election comes around, the party is planning to stand candidates in pro-EU areas, and it hopes to disrupt the current acceptance of Brexit in Westminster by showing that there is a strong appetite in Britain for rejoining the bloc. 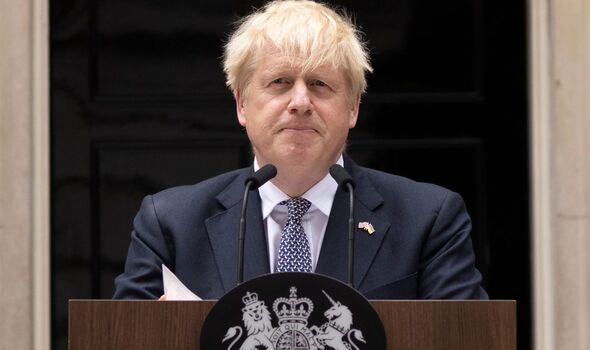 Mr Smith said: “We are very aware of how UKIP was built. They never got anyone elected to Westminster but they defined government policy. You don’t have to win seats to influence national politics.”

He added that he has been congratulated by a number of Lib Dem members, who are in favour of Britain rejoining the EU.

Once the result had been confirmed, Richard Hewison, the Rejoin EU Party Leader, shared the news on Twitter with the party’s followers.

He wrote: “I am delighted that the first councillor in the U.K. to be elected on a Rejoin EU banner occurred yesterday – many congrats to Andy Smith!” 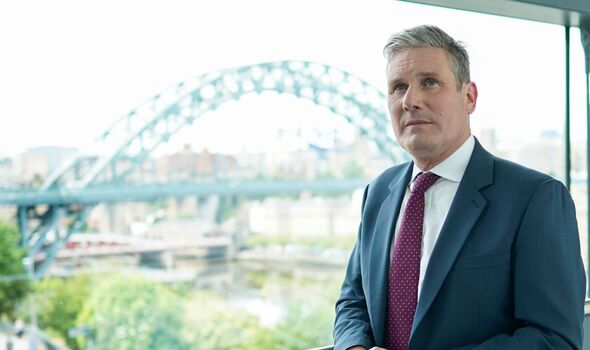 Right now, the leadership of Labour and the Conservative Party maintains a pro-Brexit approach, making any chance of the UK rejoining the bloc slim.

In an interview with Sky News in July, Sir Keir Starmer ruled out Britain rejoining the EU or single market for good.

The Labour leader said: “We’re not going back to the EU, to the single market, to the customs union or freedom of movement. We are going forwards not backwards, not reopening those divisions.”

But the Rejoin EU Party hoped to challenge that narrative, and perhaps one day turn the tables on the Brexit argument.

Brexit is continuing to cause headaches for the prime minister, with the UK’s trading relationship with the EU becoming a sticking point in Northern Ireland.

The Government is pushing to make changes to the protocol, which it claims will make trade easier between Great Britain and Northern Ireland.

But the EU has called attempts to change the rules a breach of international law, adding further tension to the dispute.

Since Britain left the EU, Brexit has been blamed for a number of problems, from difficulty in sourcing food items to a slump in the economy.